Historically, it’s been more difficult to test for cannabis impairment in drivers than it is to test for alcohol impairment, hence the slow development of good data in this area. Recently, however, researchers at the Center for Medicinal Cannabis Research at UC San Diego performed a study in which they observed considerable impairment in test subjects which lasted for several hours after the subjects consumed cannabis.

The study was set up so that marijuana-impaired test subjects were asked to participate in automobile-driving simulations (much like a flight simulator) to see how being impaired from cannabis would affect “driving” performance. The results were concerning, to say the least, indicating that cannabis impairment does, in fact, severely reduce an individual’s ability to drive a car safely.

People who use cannabis sometimes say that they feel okay to drive after an hour or two has passed. But are they really okay to drive? A new study shows they are not. According to the study’s findings, people who think they’re sober enough to drive after consuming cannabis are usually still too impaired to operate a vehicle safely, suggesting that cannabis-impaired individuals cannot accurately assess their level of impairment.

The research, done in California, where cannabis is legal, involved a group of test subjects who used cannabis and who were then asked to perform a computerized automobile driving simulation. The researchers recorded the test subjects’ performance over time. According to the data, weed smokers’ driving performance started to improve after 3.5 hours, but it took a full 4.5 hours to exhibit a driving performance that was on par with the placebo group.

“... In reality, on the driving simulator their performance had not changed. They were performing the same [poorly] but they felt better, and felt it was wearing off.”

Unfortunately, the study also showed that the study subjects thought they could safely drive only 90 minutes after they’d smoked marijuana, even though it took 4.5 hours for them to pass the automobile simulation test. Quoting lead researcher Thomas Marcotte, co-director of the Center for Medicinal Cannabis Research, “Right after smoking, about half of the people said they would not drive, they were feeling too impaired. But once we got out to 90 minutes, people were starting to feel it was wearing off and they were doing better, and so they were increasingly more likely to go on the road. In reality, on the driving simulator their performance had not changed. They were performing the same [poorly] but they felt better, and felt it was wearing off.” Much like alcohol impairment, it would seem that cannabis impairment has the effect of the user thinking they can safely drive long before they actually can.

It’s no mystery that cannabis creates significant impairment in those who use it. Pat Aussem at the Partnership to End Addiction commented on the study’s findings, expressing concern given the impairing nature of marijuana. “People high on pot can find it difficult to react quickly to make split-second decisions such as when to brake, accelerate, or swerve to avoid a collision. They may have problems with divided attention, meaning it’s more challenging to handle road conditions, the weather, speed, other drivers nearby, all at once. They are also more likely to weave into another lane, which may catch another driver off-guard and lead to an accident.” It’s very concerning for someone to be at a high risk of experiencing the above phenomena, yet for them to think they will not experience those phenomena, and for them to get behind the wheel anyway.

The Connection Between Cannabis Consumption and Traffic Fatalities

A growing body of information connects cannabis intoxication to traffic fatalities. The National Institute on Drug Abuse cites several data points and studies confirming this. According to NIDA, marijuana is the illicit drug most frequently found in the blood of drivers involved in vehicle crashes. Drivers with THC in their blood are roughly twice as likely to be culpable for a fatal car crash. Further, those involved in vehicle crashes with THC in their blood are three to seven times more likely to be responsible for the incident than drivers who had not used drugs or alcohol.

These two areas of study (scientific data indicating poor driving performance, and statistical data regarding cannabis-impaired driving fatalities) are more than enough evidence to point to the harm caused by marijuana use. Not only does marijuana cause impairment, but when people get behind the wheel, that impairment becomes deadly.

The Need for Treatment for Those Who Cannot Stop Using Cannabis

Cannabis is not safe for people to use, not by a long shot. It alters perceptions, reduces coordination, impairs judgment, and slows reaction time, but it does this while users still think they are sober enough to drive when they are far from it.

These and other factors add to the harm caused by cannabis. That’s why it is so important for people who use cannabis and who can’t stop using it to seek treatment and get off the drug as soon as possible. If you know someone who is using cannabis and who cannot stop using it, please do everything you can to ensure they get into a drug and alcohol treatment center today. Given the data on cannabis-impaired driving fatalities and other harmful factors, no time can be wasted in helping people who misuse cannabis. 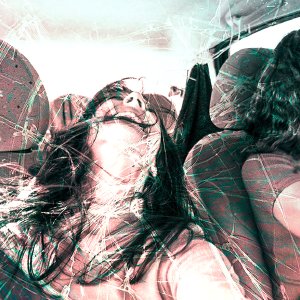 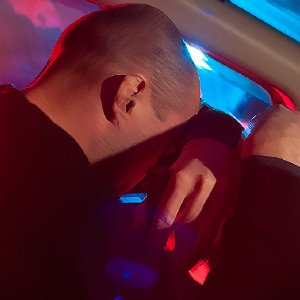