The combined findings of three standalone research papers lend themselves to the conclusion that America’s roads are a dangerous place to be when drivers drink alcohol and smoke cannabis at the same time. And when the studies are examined side-by-side with a wide range of supporting data about cannabis and alcohol, there is reason to believe this problem will worsen in the future.

Just as the joining of roads at major intersections bring vehicles from different regions together in one area, the joining of the above critical factors is likely to be devastating for drivers and passengers alike. The logical conclusion is that, unless Americans are informed of the dangers of impaired driving (and unless those who cannot control their consumption of these substances get help), America’s roads are likely to become more dangerous in the coming years.

New research shows that adding the factor of cannabis intoxication to someone already alcohol-intoxicated increases their risk for an accident, should they get behind the wheel of a car. The analysis indicated that the combination of alcohol and marijuana compromises driving ability to a far greater extent than just alcohol or just marijuana alone.

According to the data, alcohol-impaired drivers are more likely to speed up and drift out of their lane. Meanwhile, marijuana-impaired drivers are more likely to slow down and drift out of their lane. Further, because the two substances react differently on the driver’s consciousness and reaction time, when the driver uses both substances simultaneously or one after the other, they experience a marked change in responsiveness, reaction, ability to brake, swerve, etc.

Perhaps most crucially, the research found that cannabis and alcohol combined made it far more difficult for drivers to stay in their lane than when drivers were intoxicated with just one of the substances. Given that lane swerves are a leading cause of fatal head-on collisions, one can see just how dangerous a high risk of lane swerving is.

The study suggested that, given the confluence of alcohol/cannabis use and DUIs, people who use cannabis and alcohol together are more likely to get behind the wheel than individuals who use only cannabis or only alcohol. Quoting the findings: “Between 2016-2019, 42 percent of drivers with past-year alcohol and cannabis use reported any past-year DUI (8 percent DUI-A, 20 percent DUI-C, 14 percent DUI-A+C). Simultaneous use was associated with 2.88 times higher odds of driving under the influence of cannabis, and 3.51 times higher odds of driving under the influence of both alcohol and cannabis.” The researchers went on to conclude that daily use of cannabis and alcohol, in particular, seemed to increase the odds of individuals driving while under the influence.

Another study found that from 2000 to 2018, the percentage of crash deaths involving cannabis more than doubled, from 9% to 21.5%, and the percentage of deaths involving cannabis and alcohol also more than doubled, from 4.8% to 10.3%. That research unveiled additional, saddening details, too, like the fact that car crashes involving both cannabis and alcohol were more likely to involve multiple passengers and individuals younger than 35.

The Influence of Cannabis Legalization

While this is not an article about cannabis legalization, the effect of legalization on traffic safety is worth mentioning. In both the United States and Canada, regions where cannabis becomes legal almost always experience an uptick in cannabis-impaired driving and crashes.

Another set of research data from Canada was discussed in the U.S., garnering attention from opinion leaders in the addiction sciences. Quoting Dr. Nora Volkow, director of the National Institute on Drug Abuse: “This is an emerging and extremely important area of research. One recent study found increased rates of motor vehicle crashes in the six months following medical cannabis authorization in Canada, and another study found relative increased risk of fatal motor vehicle collisions of 15% and a relative increase in associated deaths of 16% in U.S. jurisdictions where cannabis is legal.” Her point is clear. When cannabis is legalized, traffic accidents follow.

The Canadian research echoes a similar concern often discussed in the United States. Canadian researchers found that cannabis and alcohol-impaired car accidents increased after cannabis was legalized in Canada.

People sometimes make less of the very real harms and dangers connected to using alcohol and marijuana. Alcohol has been normalized in society due to its long-standing legal nature. And as cannabis is legalized across a growing number of states, cannabis too may become normalized.

However, these substances are harmful. Over 10,000 people die each year from alcohol-related traffic fatalities, and some 95,000 Americans lose their lives annually to alcohol-related harm. Furthermore, states that have legalized cannabis experienced surges in cannabis-related traffic fatalities, with Colorado experiencing a 92% surge in deaths and Washington experiencing a 28% increase.

There can be no questioning it. Alcohol and marijuana have the potential to be lethal. If you know someone who is using one or both of these substances and who cannot stop using them on their own, please help them get into a drug or alcohol rehab center today.

Please don’t wait until their life comes to a high-speed end, on the road or off of it. 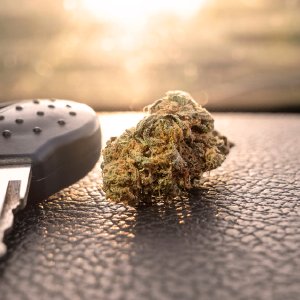 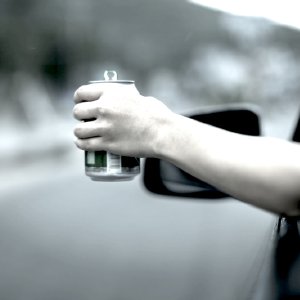