After months of dedicated work by the U.S. Drug Enforcement Administration, the Chinese government has banned the production of four highly dangerous synthetic opioids. As of March 1, 2017, it will be illegal to manufacture or sell carfentanil, furanyl fentanyl, acrylfentanyl and valeryl fentanyl in China. Even though you may never have heard of these drugs, it’s important to ban their production because a single kilogram of these drugs has the potential to kill thousands, even millions of people. Already, more than a thousand Americans have died from using these or similar drugs.

So why isn’t this ban a great improvement for America? It takes understanding the mind of chemists and manufacturers in the illicit drug industry.

It’s just been in the last fifteen years that synthetic drugs have become popular on the illicit drug market. It started with synthetic cannabis, nicknamed Spice, being sold in London and then later in the U.S. Spice was followed by the group of synthetics nicknamed bath salts and then the floodgates opened. Literally, hundreds of synthetic drug formulas have been seized in the U.S. and Europe.

Law enforcement agencies moved as quickly as possible to outlaw these drugs that were sold as “legal highs” until the laws could catch up to ban each new substance. As soon as one drug became illegal, chemists would shift the formula for the drug and come up with something just a little different—that wasn’t yet illegal.

For example, in just one chemical category of strong stimulant drugs called phenethylamines, there’s all these different formulas, some identified only by numbers and letters that describe the molecular structure:

Trying to keep these damaging, addictive products off the market became a huge game of “whack-a-mole.” As soon as one became illegal, a different (but chemically similar) drug began causing psychotic episodes, illness or death.

It Started with Prescription Fentanyl

At one time, fentanyl was a powerful painkiller only used in cases of the most severe pain. It was administered in hospitals and cancer wards, sometimes as an extremely slow-dissolving lollipop or a patch to prevent overdose.

In about 2007, an illicit fentanyl lab started up in Mexico and a disastrous wave of overdose deaths began to sweep across America as the addicted bought heroin that was laced with this powerful opioid. The drugs they injected were so strong, more than a thousands victims died from overdoses. The lab was shut down and the overdoses from this source subsided.

A few years ago, fentanyl arrived back on the illicit market. This time, the drug was being manufactured in China and then shipped directly into the U.S. or brought in by way of Mexico. Once again, fentanyl-related overdose deaths started up. Soon after, many different opioids began to be found in drug imports from Asia. They were all chemically similar to fentanyl—here too, just a little tweaking of a molecule made the drug into a legal substance.

As one formula was outlawed, a new variation would start being manufactured and shipped to the U.S. Now that China has outlawed four formulations of this powerful drug, the history of illicit drug manufacture makes it clear that this is only a small improvement. The U.S. continues to play whack-a-mole with drug manufacturers and traffickers.

How to Solve this Dilemma

It will never be possible to eliminate all illicit drugs from the market. Eliminating a situation in which we lose our loved ones, friends and neighbors to these drugs requires a three-pronged effort:

Over the last fifty years and more, Narconon staff and volunteers have worked hard on the second and third of these actions. Millions of youth and adults in every corner of the globe have received lessons from the Narconon anti-drug curriculum. And tens of thousands of individuals have found a new sobriety at one of dozens of Narconon rehab centers.

Narconon centers are located on six continents, bringing this 100% drug-free program within the reach of millions. With an emphasis on deep, cleansing detoxification, restoration of the brightness of living through sharper perceptions and boosted life skills, the Narconon program has shown thousands of people how they can achieve enjoyable, lasting and sober lives again. Call Narconon International today if you have a loved one who needs help. There is not a minute to waste. 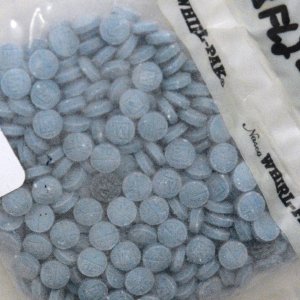 New York Supreme Court In a breaking news announcement, the notorious drug kingpin, Joaquin Guzman (known as El Chapo) was found guilty on all ten counts at his trial in New York. Joaquin has been in prison for three years, with his trial only just recently coming to a close this February 2019. 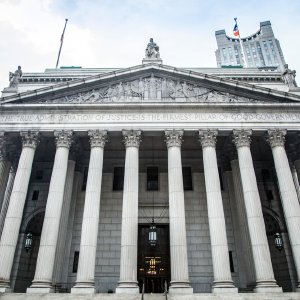