In a breaking news announcement, the notorious drug kingpin, Joaquin Guzman (known as El Chapo) was found guilty on all ten counts at his trial in New York. Joaquin has been in prison for three years, with his trial only just recently coming to a close this February 2019.

What does this mean for drug trafficking in Mexico? Will we see any reduction in the flow of harmful narcotics over the border? Does the removal of one of the most significant drug kingpins in the world signify the beginning of the end in the seemingly never-ending flood of drugs from Mexico and Central/South America? Unfortunately, probably not.

Highlights in the El Chapo Story

El Chapo ran a ruthless drug trade. His cartel was in business for well over a decade before his arrest. El Chapo made the Forbes list of the world’s richest men with an estimated net worth of well over a billion dollars.

But it was a billion dollars earned with blood, suffering, every last penny of countless addicts, bribery, countless murders, and many other brutal crimes. El Chapo was not only indicted for ordering his henchmen to commit the above, but he also went before a judge and jury for no less than ten different high-level accusations for crimes that he committed, including several murders, assaults, acts of torture, rape, kidnappings, and of course his drug trade itself.

El Chapo earned notoriety over the years for several of his misdeeds:

I could talk for hours on the details of the case itself. I was genuinely fascinated by it. But let’s move on to the implications of the case, i.e., what this means for the future of drug trafficking in North, Central, and South America. For more information on the court case itself and to read more about the details of Joaquin Guzman’s empire, you can get BBC’s take here, CNN’s take here, and the Guardian’s take here. All are credible news sources and all offer good, non-biased data on the court case.

What Does The Case against El Chapo Mean for the Future of Drug Trafficking?

Now we have to ask ourselves what Guzman’s conviction means for the rest of the world. Unfortunately, while it may feel good to bust one of the world’s biggest drug lords, and while this will undoubtedly have some benefit, we shouldn’t celebrate it too much.

El Chapo had dozens of lieutenants, drug trade-fueled millionaires, extraordinarily cunning and ruthless drug bosses who Guzman needed to help run his multinational drug empire. There have already been reports of a mad scramble for power amongst El Chapo’s elite. Guzman left a big hole in leadership when he was captured. Someone will fill Guzman’s shoes. USA Today reports that one of Guzman’s sons will likely take over.

So in the bigger picture, we may have won a massive battle by capturing and sentencing El Chapo, let’s not forget that. But we won’t win the war, not if we don’t take further action and further action of a different sort.

The bigger conversation that we need to have is that we need to focus on the demand for drugs, not just the supply of drugs. The “War on Drugs” methodology is all about the supply. It’s all about using intensive law enforcement interdiction efforts to crack down on anyone and everyone who has anything to do with supplying drugs to the U.S. This includes law enforcement efforts taken outside as well as inside the U.S.

But the war on drugs has been thoroughly unsuccessful in curbing the drug addiction crisis in our country. The major flaw here is that the war on drugs does not have a contingency plan for reducing the demand for narcotics by the people who take the drugs.

Drug addicts are some of the most resourceful people on the planet. Their ability to get drugs to satisfy their next fix is exemplary. No matter what we do, if we do not focus on addressing their demand for the drugs, illegal groups will always find a way to get drugs to them.

Conquering a drug problem means improving the society itself. It means changing the nation for the better, transforming it into a community that naturally does not crave drugs. It is a challenge to do this, but one we must accept and strive for.

We have to increase education in schools, churches, youth organizations, interest groups, and communities that teach young people and adults alike about the risks and harm of drugs. We have to offer better care for both mental and physical health so people will not be so tempted to use drugs to cope with the struggles of life. We have to solve the problems of our society that entice people to experiment with mind-altering drugs. We have to create alternative forms of pain relief so Americans don’t get introduced to addictive drugs through potent opioid pain relievers. The only way we are going to fix drug addiction and drug crime in America is if we create a society that is not interested in drugs. 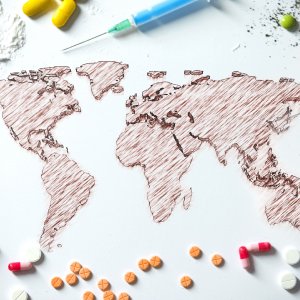 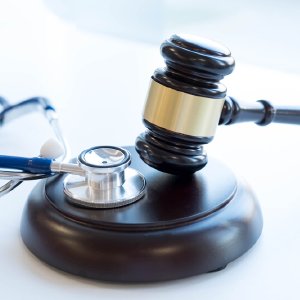