Reducing the Drug Addiction Epidemic—What Every American Can Do

What if I told you that, as long as we can all clearly see just how dangerous the current issue is (and most of us have an idea of that) we could be inspired as a nation to make real change for the better? Let’s look at some of the cursory statistics on the drug problem, and let’s examine how we might do something about that problem.

Just How Serious Is the Addiction Epidemic?

The United States’ addiction epidemic has gotten so bad that, if we don’t all work together to address it, we might not have the chance to do so again.

According to the Merriam-Webster dictionary, an “epidemic” is any adverse condition that affects a disproportionately large number of individuals within a given population. Clearly, we have reached that level with drug addiction.

From whitehouse.gov, we know that more than three-hundred thousand Americans have died from an opioid drug overdose since the year 2000. That death toll led President Trump to officially label the opioid crisis a “National Public Health Emergency.” And with two million Americans chronically addicted to opioid drugs and tens of thousands dying every year from opioids, we can see why the President gave his emergency proclamation.

According to the U.S. Department of Health and Human Services, more than one-hundred and thirty people die from opioid-related drug overdoses every day. Eighty-one thousand people used heroin from 2016 to 2017. Most of them had started their opioid experience with a prescription opioid.

But opioids, while a significant factor, are only one sector of the multifaceted crisis that is addiction in America. Alcoholism is a crisis which kills eighty-eight thousand people every year according to the National Institute on Alcohol Abuse and Alcoholism.

The Centers for Disease Control and Prevention has weighed in on the addiction problem, too, urging American citizens and government organizations alike to make changes and adjustments to create drug-free households for themselves and their families. According to CDC Principal Deputy Director Anne Schuchat, M.D., “No area of the United States is exempt from this epidemic—we all know a friend, family member, or loved one devastated by opioids. All branches of the federal government are working together to reduce the availability of illicit drugs, prevent deaths from overdoses, treat people with substance-use disorders, and prevent people from starting using drugs in the first place.”

What Every American Can Do

When considering the prospect of addressing the addiction epidemic, the biggest challenge for most people is that we are too small, too singular, or too deprived of resources to “make a difference.” But this is incorrect thinking.

What if we could have a list of ideas, activities, policies, regular routines, or annual commitments that every American household could apply to their lives—all of which would serve to help reduce the addiction epidemic?

In the book, The End of Poverty, author Jeffrey Sachs lays out a very clear path on how the developed nations could assume responsibility for solving the condition of poverty on a global scale. Sachs theorized that if every resident of every rich nation was willing to contribute to global programs for eliminating poverty, we could essentially force a reversal in the poverty trend.

Without reading the entire book or getting too off-track, we can apply this same reasoning to the addiction epidemic in our own nation. Addiction, like poverty, is not a zero-sum game, i.e., a game in which one person or group can win something only by causing another person or group to lose it. There does not have to be people who are doing very poorly (addicts) in order to have people who are doing well (non-addicts). As a society, we do have the potential to create an addiction-free utopia.

So how are we going to do it? Let’s look at a few strategies and daily tips that all Americans can apply to their lives to reduce the addiction situation in their area.

The list goes on and on. There are actions that every one of us can take to tackle the drug problem. The important thing to remember is that these efforts only work when a large percentage of the population works on them together. The more that people come together in solidarity towards the efforts of reducing the addiction epidemic, the more real a change for the better becomes. Let’s all commit to a drug-free society, and let’s commit a little bit of our time and effort towards achieving that goal. 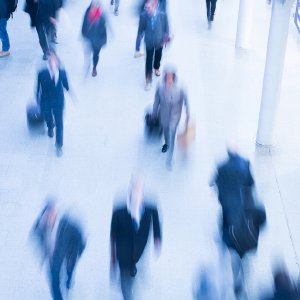 Talking to Loved Ones About Drugs Saves Lives

With numerous factors like the spread of fentanyl into the drug supply, soaring overdose deaths, increasing normalization of drug use, and greater access to drugs, it seems as though drug abuse is becoming more likely and more dangerous. In this landscape, prevention efforts are more important than ever. To ensure the addiction crisis is brought to an end, Americans must know how to talk to their loved ones about drugs. 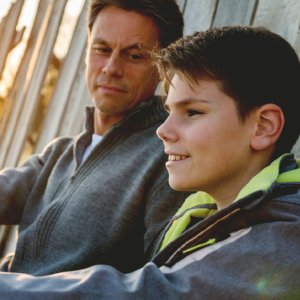