This data is an eye-opening look at the human condition in our nation. If thousands of people are dying in the U.S. from drugs, alcohol, and suicide, what does that say about the quality of life and society of the American people? What does it say about the direction we are headed? If more and more people are dying from drugs, alcohol, and suicide, that tells us our society is suffering. It tells us that our people are suffering.

The Well Being Trust is a national organization tasked with creating a society where everyone is doing well in their mental, social, and spiritual health. The Well Being Trust is a non-profit organization, formed in 2016, to transform the health of the nation to improve the well-being for everyone by advancing clinical, community, and cultural changes in how we address mental, social, and spiritual health.

To raise awareness for the rising threats to our health, the Well Being Trust recently released a report that highlights increasing death rates from drugs, alcohol, and suicide.

According to their research data (with some assistance from the Trust for America’s Health), more than 150,000 Americans died from alcohol, drugs, and suicide in 2017. That death toll is more than double the number of deaths from those same causes in 1999.

Synthetic Opioids Are a Major Factor

Synthetic opioids are driving much of this. According to the report, deaths from synthetic opioids rose 45 percent from 2016 to 2017. There has been an overall 1000 percent increase in these deaths in just the last five years alone. Synthetic opioids alone now claim more lives every year than all of the annual drug deaths combined in the late 1990s.

Let’s look at this another way. In the 1990s, the numbers of opiate addiction and opioid deaths were an issue. But the intensity of the problem was far less severe back then. For example, in the 1990s, fentanyl and synthetic opioids caused less than 1,000 deaths nationwide each year. Now, Americans are dying from fentanyl and other synthetic opioids at a rate of 1,000 deaths every two weeks.

Although we say that addiction can happen to anyone, addiction often follows class and ethnic lines. For example, 2017 saw the vast majority of opioid deaths occurring among blacks, low to middle-income whites, and urban to suburban residents.

Suicide and drug use often go hand-in-hand. People rarely take their own life, but when they do, there is almost always a mind-altering substance involved.

To conclude the report from the Well Being Trust, the research results ended with this grim statement: “Overall, 43 states and the District of Columbia had higher rates of deaths from alcohol, drugs, and suicide between 2016 and 2017. Five states—Massachusetts, Oklahoma, Rhode Island, Utah, and Wyoming—had lower rates.”

“We need a comprehensive approach with attention to the upstream root causes—like childhood trauma, poverty, and discrimination—and the downstream life-saving efforts—like overdose reversal and access to treatment—and everything in between…”

According to John Auerbach, President and CEO of the Trust for America’s Health, “We need a comprehensive approach with attention to the upstream root causes—like childhood trauma, poverty, and discrimination—and the downstream life-saving efforts—like overdose reversal and access to treatment—and everything in between. A focus on only one or two approaches won’t work with complex and widespread epidemics like these. As a nation, we need to better understand and to systematically address the factors that drive these devastating deaths of despair.”

And according to Benjamin F. Miller, Chief Strategy Officer for the Well Being Trust, “It is important to see hope in the slowing of rates—but it’s not nearly enough. We should not be satisfied at all. Too many of us are dying from preventable causes, and each time we make progress—like with prescription opioids—new problems—like synthetic opioids—appear. Tackling such a complex problem is not about adding up small changes—but really about transformation at a systems level.”

The Well Being Trust is quite concerned about the increase in preventable death. What can we do to prevent so many people from dying a grim death at the hands of drugs, alcohol, suicide, or a combination of the three?

It’s a smart idea to get informed, to study the research of the Well Being Trust, the Trust for America’s Health, the Centers for Disease Control and Prevention, and so on. But it doesn’t mean much if we don’t then take action. Taking action means working within our communities to improve health conditions there. It means teaming up with local nonprofits to better the living conditions of all within the city or town. It means volunteering for groups, churches, schools, and other institutions which are focused on improving conditions.

Most importantly, our death problem has its roots in an addiction problem. The crisis of fatalities won’t recede until we resolve the addiction problem. If you know someone who is struggling with a drug habit or with alcoholism, the most important thing to do (and to do it quickly too) is to get that person into a residential drug and alcohol addiction treatment center.

We can improve conditions for our communities and curb unnecessary death as a result. But we have to be the ones who do it. No one is going to solve this problem for us. 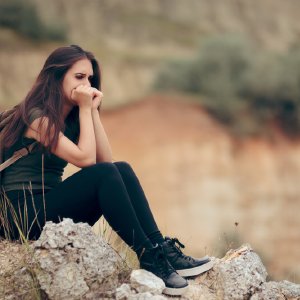 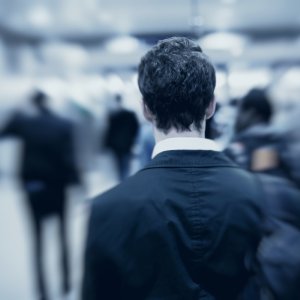