I was recently on a short trip and the motel I stayed at gave patrons a complimentary copy of USA TODAY. I generally don’t like to read newspapers because all they put in the papers is bad news and I don’t think a lot of it is even true, let alone news. Case in point: a front page article that day was headlined “Suicide, Addiction Deaths Surge—Numbers reach highest level since record-keeping began.” What caught my eye and led me to write this article was the combination of “suicides” with “addiction” when computing this rather shocking statistic. I had never really considered addiction as a form of suicide, but when I stepped back and thought about it, addiction certainly has the same result.

According to the New York Times, “Drug overdoses are now the leading cause of death among Americans under 50.” The article suggests that while this data is preliminary, the problem continued to worsen in 2017. Clearly, addiction has become a problem, and according to the American Foundation for Suicide Prevention, suicide is not far behind as it has become the 10th leading cause of death in the United States. In addition to that, an alarming trend is occurring with children visiting the ER as a result of suicidal thoughts.

The similarities between addiction and suicide rates don’t end there either. Just as the opiate epidemic is destroying rural communities nationwide, suicide rates in rural America are rising sharply as well. Given these facts, it would make sense that both problems trace their beginnings to the same causes. While the evidence of that connection is still being explored, one thing is certain—we can all agree that these are tragic numbers and we need to do something about them, if we can. Too many lives are being wasted.

Getting back to my initial “epiphany,” I read on and the first lines of the article stated: “The number of deaths from alcohol, drugs, and suicide in 2017 hit the highest level since federal data collection started in 1999, according to analysis by the Centers for Disease Control and Prevention, and two public health non-profits.” The article showed that in 2017, close to 74,000 people died due to drugs while about 47,000 people died from suicide and about 36,000 people died due to alcohol, giving a total of over 152,000 total deaths from drugs, alcohol and suicide (close to ½ of that number labeled “drug deaths”), or just self-inflicted deaths.

This got my wheels turning and I looked at the definition of suicide [definition per dictionary.com is; “intentional taking of one’s own life”]. I consider that there are some similarities between addiction and suicide. However, to make a blanket statement that addiction IS suicide is a shallow view of a many-faceted problem.

True, many an addict has spiraled out of control and come to the point where it seems the only escape is death—but it does not start out that way. A person starts using a substance—whether it be legal or illegal drugs or alcohol because it “solves” some problem. There is some situation or pain (be it emotional or physical) that the individual feels unable to face, without resorting to a substance, for that quick but temporary release. And so starts the downward spiral toward death.

While the similarity is there, suicide and addiction are separate, but likely related issues. Many who have taken their own lives or who attempt suicide have never done drugs or alcohol, and most addicts don’t intend to kill themselves, at least not initially.

What is clear is that addiction to drugs and alcohol often leads to death. Addicts are not living a full life as the majority of their time is spent on drugs—using or procuring—and often they lose touch with family and friends. A satisfying career is not part of the picture, and they have few, if any, healthy, leisure activities. “He may be alive, but he ain’t living” [as the saying goes] until eventually he or she isn’t even alive.

One definition, per dictionary.com of LIVING is, of course, “not dead”—but another definition is “active or thriving, vigorous, strong.” In rehab, and what I aim for in my work as an alcohol and drug counselor, is to get my clients ACTIVE, THRIVING, VIGOROUS AND STRONG.

Don’t have any reservations about demanding a loved one get help. While addiction and suicide are sperate issues, the eventual result is the same. Death. 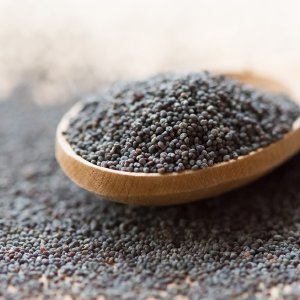 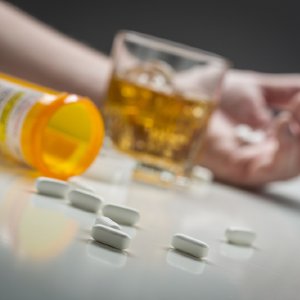