Athletes at Risk: Drug Use in Amateur, Elite and Professional Sports

Millions of people around the world enjoy watching professional, amateur and elite athletes participate in sporting events. The sports involved could be major league baseball, NHL hockey, NFL football, the Tour de France or snowboarding championships. Or they could be college or Olympic sports.

While we admire the endurance and courage required to reach elite levels or even state championships, there’s a pitfall that ends the careers of some of these athletes, even when they are at their peak. We may only realize that a particular athlete is missing from our favorite team’s roster and wonder where they went.

The extreme pressures and the injuries often suffered on the way to championships, trophies or diamond-studded Super Bowl rings can end up sidelining some athletes if they turn to drugs or alcohol to cope with the pain or stress.

There’s always pressure to get back on the field, the diamond or the court, even at the level of high school athletics. That could cause an athlete to rely on painkillers rather than ensuring that they had time to fully heal before returning to play. The intense competition, media scrutiny and constant insistence on performance could also lead some players to escape into marijuana, cocaine, alcohol or some other “recreational” drug.

Anyone engaging in professional sports or taking an intense approach to amateur or athletics for academic institutions should be aware of the risks involved and take steps to protect themselves. This goes for the families of these athletes as well.

Which Sports Are Involved?

Improper drug use is likely to be found in any sport where:

This improper drug use takes different forms. In some cases, athletes become dependent on painkillers used to cope with injuries. Other athletes become enmeshed in a party-going lifestyle of using alcohol and recreational drugs that is made possible by their sudden arrival in high-income brackets. Still, others are reliant only on performance-enhancing substances such as steroids or stimulants, without any recreational aspect. In a way, there’s little reason to separate these athletes into categories because all of them can suffer negative effects of their drug use that could easily end their careers.

However, when helping these persons break their reliance on these substances, there is a distinct difference between varying types of drug use. Some of these athletes will require supervised medical detoxication to break free, particularly those addicted to alcohol or benzodiazepines. Others will need to spend time in a rehab facility or program to get their lives back because they have become both psychologically and physically dependent on the drugs they were using. Some athletes that have damaged their health with the use of steroids or stimulants may require the support of a doctor to reclaim a healthy lifestyle.

Substance Use Rates Among Athletes

A 2014 study published in the Substance Abuse and Rehabilitation journal noted the many types of athletes involved in using performance-enhancing or recreational drugs.

Alcohol: As much as 93% of male and female college athletes were alcohol users.

Anabolic steroids: As much as 6.6% of high school students and 5% of male college students used steroids. Nine percent of professional football players self-reported steroid use, along with 67% of competitive powerlifters.

Opioids: Self-reported opioid use among pro football players reached 52%, with 71% of those players stating that they had misused these drugs.

Reasons for Drug Use

This study also noted the most common reasons for reaching for these substances.

Elite, professional and even academic and amateur athletes may face intense pressures from outside or from their own minds to excel at their sport, despite injuries or natural limitations. In an effort to keep performing, these athletes may resort to steady use of drugs to get back on the track, field, motorcycle, skateboard or even surfboard so they can enter the next competition.

After recovery from reliance on drugs, many athletes have come forward with their stories so they can save other people from having similar experiences.

Darryl Strawberry, MLB right fielder: Strawberry made the headlines for his impressive talents but also for his cocaine and alcohol addiction. After 17 seasons in the MLB, he was fired from the New York Yankees after being caught with cocaine. It took him more than a decade to get sober but now he and his wife are ordained ministers and travel to events that fight drug abuse and addiction.

Tony Hoffman, BMX pro: BMX is racing special bicycles on dirt tracks with an emphasis on speed, jumping and style. Hoffman was a professional BMX rider while still in high school. He had started smoking marijuana when he was 18, intending to only try it once, then progressed to cocaine and opioids. His career was derailed when he was arrested for stealing opioids. While he was in jail, he began turning his life around and returned to the sport. He ended up reaching world championships in BMX. He now travels the country to share his story of recovery

Colin Morrison, pro motocross rider: Morrison, nicknamed Scummy, was well-known in the freestyle motocross world. If you’ve ever seen young men flying high in the sky on motorcycles they maneuver through in mid-air flips, then you’ve seen freestyle motocross. Scummy excelled in motocross until the partying and pain pills he took to deal with injuries ended his reign. Then he went into rehab to get sober. Now he’s back working in the industry and sharing his story to help others get sober.

Neen Williams, pro skater: Somehow, Williams managed to maintain an alcoholic buzz while also excelling as a pro skateboarder. He finally wrecked his knee while skating buzzed and knew he had to make changes. He switched gears completely so he could rehab his body and his lifestyle. He learned about nutrition and bodybuilding and then returned to the sport.

Not every athlete manages to find the right help so they can recover from their addictions and continue their athletic careers. This was true for Derek Boogaard, who died as a result of his addiction.

Derek Boogaard, National Hockey League “enforcer”: An NHL enforcer is a tough guy who is expected to intimidate players on the other team, which might mean picking fights with them. As an enforcer, Boogaard suffered a steady stream of concussions and other injuries. Instead of staying off the ice when he was hurt, he relied on painkillers to stay tough and continue playing. He died from a combination of alcohol and painkillers when he was just 28 years old. His autopsy revealed severe brain damage from all the concussions.

Tennis pro Jennifer Capriati survived her drug use but lost her career. She hit professional women’s tennis early, before she turned 14. By the time she was 18, she had been arrested for marijuana possession and entered rehab. She returned to the sport a few years later but then survived a prescription drug overdose three years after retiring from tennis with back injuries in 2007.

You may have noticed that the common thread running through the stories listed here is the disruption or failure of an athletic career as a result of drugs or alcohol. Excessive use of alcohol, misuse of prescription drugs and use of illicit drugs erode one’s perceptions and ability to make rational decisions that maintain a healthy life. Anyone who has lost control of their substance use has seen the destruction mount. These individuals and hundreds of other athletes have suffered the same fate. Addiction and a successful career never seem to go together for very long.

The good news is that it’s possible to recover from addiction, as you can see in several of these stories. Rehab can work to put a person back on their feet and headed in the right direction. 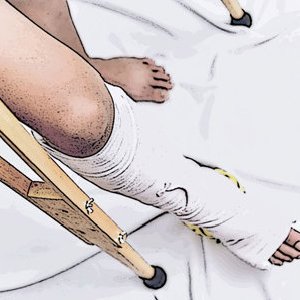 In the debate over whether professional athletes who use drugs should be punished, there is certainly truth to the compassionate approach, but it should perhaps also be taken into consideration that the stakes have to be high enough to motivate the athlete to quit drugs and alcohol. 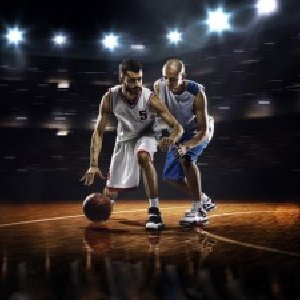