In Washington, D.C., President Donald Trump appeared before reporters to declare the country’s opioid epidemic a public health emergency. The same day, authorities in Arizona arrested John Kapoor, the founder of Insys Therapeutics. Insys is well known for developing a spray form of the powerful painkiller fentanyl, a drug that’s 80 times as strong as morphine. To popularize the use of this drug, the Department of Justice charges, Kapoor and his team offered kickbacks to doctors who would write high numbers of prescriptions.

Why would they need to offer encouragement to doctors to get them to prescribe Subsys? Because doctors only prescribed fentanyl for cancer or end-of-life pain because of the drug’s addictive qualities. They had to be convinced to change their prescribing habits so Insys used cash and other incentives to get their cooperation.

These six individuals were also charged with bribing doctors to write higher numbers of prescriptions.

The Crimes of Insys

According to federal prosecutors, Kapoor and other executives not only offered kickbacks for prescribing Subsys to patients who did not have cancer, they also defrauded insurers by forming a “reimbursement unit” whose only purpose was to get insurers to approve charges for the drug even though they were reluctant to approve them for non-cancer pain.

Two more Insys salesmen were arrested earlier in 2016. According to a USA Today report, they had paid two New York-area physicians more than $250,000 in kickbacks in 2014. They tried to create the apparency of legitimacy by saying that dinners held at expensive New York restaurants were seminars, but after dinner, they took the doctors out for drinks at bars and strip clubs.

In February 2016, Natalie Reed Perhacs, a former saleswoman for Insys, pleaded guilty to conspiracy to commit health care fraud, and in 2015, a nurse practitioner from Connecticut admitted that she had prescribed Subsys to patients in exchange for $83,000 in kickbacks.

Subsys was approved by the Food and Drug Administration in 2012. After this campaign of fraud and bribery, by 2016, only 7% of those receiving prescriptions for fentanyl were cancer patients.

Fentanyl is Now an International Scourge

In the 2017 National Drug Threat Assessment just issued by the Drug Enforcement Administration, fentanyl is now a huge threat to life and security in the U.S. But this is not fentanyl manufactured by legitimate (if criminal) pharmaceutical corporations. It’s illicitly-manufactured fentanyl, typically from China or Mexico.

Fentanyl is so strong that the equivalent of a few grains of salt can kill a person. But in 2016, law enforcement agencies seized 630 pounds of the illicitly-manufactured drug—enough to kill tens of millions of people.

Until the last few years, there was little to no illicit fentanyl on the market. What must have happened is that foreign manufacturers realized the goldmine they could have if they manufactured this drug illicitly and smuggled it into the U.S. And the fentanyl began to arrive.

The effect on American drug users was catastrophic. After hovering around 2,000-3,000 fentanyl overdose deaths a year for more than a decade—nearly all from diverted medications—fatalities jumped to 5,544 in 2014 and then to 9,580 the next year. When the figures come in for 2016, the number will probably be even higher.

Would we have these losses from fentanyl without Insys and their fraudulent marketing tactics? Maybe—maybe not. Hopefully, the trials of these individuals will shed some light on the tragic effects of this company’s criminal marketing tactics. 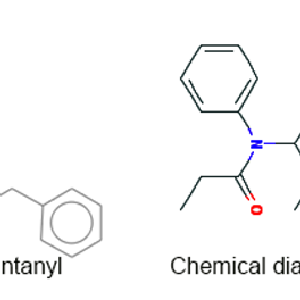