We have all likely heard of heroin, the drug whose very name inspires thoughts of sorrow and despair when we hear it spoken. Heroin’s wicked web of addiction and dependence of millions of people over the years has built a thoroughly bad reputation for this life-threatening drug. But how much do we really know about heroin? Let’s take a few moments to discuss heroin and learn about the drug, the risks it carries with it, and the chances people take when they choose to use heroin.

Heroin is an opioid drug. It is one of the older drugs still in use today, and certainly one of the oldest opioid drugs. Heroin is synthesized from natural morphine. Morphine is a substance which is taken from the seed pods of certain poppy plants. Heroin either appears in the form of a white or brown powder or as a black, sticky tar substance. Heroin, when ingested, enters the brain by binding to opioid receptors in the brain. So bound, heroin chemicals influence such receptors and have a strong effect on the heart rate, consciousness, and breathing patterns of the user. In fact, heroin can impact these vital bodily functions so much as to cause an overdose, which can be fatal.

The sensations which come from heroin use are a direct result of heroin chemicals influencing the body’s opioid receptors. This causes dulled senses, mild euphoric sensations, and reduction in heart rate and breathing, etc.

A Brief History of Heroin

Heroin (as an opioid and morphine derivative) has been around for close to one-hundred and fifty years. One of our first exposures to heroin in medicinal use was in 1875. A chemist and physicist by the name of C. R. Wright pioneered diacetylmorphine (the chemical label for heroin) at St. Mary’s Hospital in London. He made the drug for medicinal use as a numbing agent and a pain reliever.

By the 1890s, the Bayer Company in Elberfeld, Germany had officially marketed diacetylmorphine as a medicinal agent, naming the concoction in German as “heroisch,” which means “large, powerful, extreme, or one substance with a pronounced effect, even when used in small doses.” “Heroin” is the English translation of the German word.

Heroin use in the U.S. started in the 1890s and, for all intents and purposes, ended in the 1920s. It did not take long for American patients and physicians alike to see how addictive this drug was, and so it was removed from medicinal practice.

But unfortunately, heroin had already planted its seed of addiction in the bodies and minds of hundreds of thousands of Americans. Though heroin was made illegal in 1924, it did not take long for the illicit trafficking and use of this drug to start up.

Heroin Use in the 21st-Century

Heroin statistics during the 1990s had experienced a slight drop, mostly due to massive efforts by the Drug Enforcement Administration and other law enforcement agencies to crack down on trafficking, use, and other heroin crimes. But since the turn of the century, the spike in seizures of heroin at U.S. borders and within the U.S., coupled with increasing heroin overdose deaths (see next section), and coupled with increasing admissions to treatment centers for heroin addiction, all combined to tell us one thing. Heroin use has made a significant comeback.

As the use of prescription opioid pain relievers increased drastically through the early to mid-2010s, heroin use also went up. Prescription drug addicts who either could not find opioid pills, could not afford them or were refused painkillers by their doctors opted for heroin for a quick, potent, and cheap high. By the millions, opioid addicts switched to heroin, simply because it was available. Seemingly overnight, heroin was now everywhere, causing harm and heartache to everyone who touched it.

At their website, the National Institute on Drug Abuse posted a graph that depicted American overdose deaths as a result of heroin consumption. The graph shows a line, traveling from left to right at a slight, perhaps five to ten-degree slant upwards representing the number of heroin overdoses from 1999 to 2010. Then, from 2011 to the present day, that almost-flat line immediately shot upwards, skyrocketing at about a fifty-degree angle, literally to the top of the charts.

That’s an alarming increase, especially as there seems to be no real indication whatsoever that these statistics are going to go down any time soon, in spite of increased efforts on federal and local levels to curb heroin overdoses.

Tackling Heroin Addiction—Rehab as the Way Out

If you or someone you love is struggling with an addiction to heroin, the only way out of this habit is with the help of a treatment center. An inpatient drug rehab program has the tools and the know-how for helping heroin addicts overcome both the physical and psychological implications of drug addiction.

An inpatient addiction treatment center can help even the most terribly addicted of heroin users. At such a center, struggling addicts receive help in detoxification and withdrawal, first experiencing the freeing sensation of coming down off of a terrible drug for the first time in what may be years.

Once a full withdrawal process is completed and the individual is free of the physical implications of heroin use, they can move on to the next treatment approach. This next step would involve seeking out behavioral, spiritual, and psychological freedom from heroin use.

Heroin addiction is a two-faced demon, a powerful drug that affects the user both physically and mentally. No recovery from heroin addiction is sustainable unless both sides of the addiction are addressed. Rehabs focus on the psychological side of the coin after a full withdrawal program is completed.

Rehab is the way out from a heroin addiction. This is a terrible habit to have, but people can break free from it. If you or someone you know struggles with a heroin drug habit, take the first step by locating and contacting a heroin drug treatment center today. 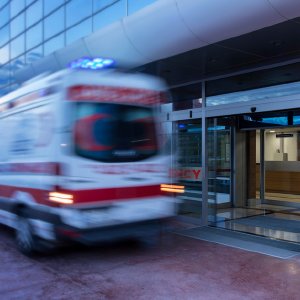