This makes the increase sound bad but somehow sanitized. Mildly concerning but nothing to get too worked up about.

If we take a longer view of the situation, however, a very different picture is painted. In the world of drug abuse, there’s a concept called “generational forgetting.” This is defined as “A new or young generation not learning or profiting from the bad drug experiences of generations before them.”

This term is usually used to describe the way one generation forgets or never learns about the terrible effects suffered in the past when people used a particular drug. For example, PCP. This powerful hallucinogen got a fearsome reputation for creating really bad trips and sometimes causing ruinous psychological effects that lasted long after the drug wore off. After its use peaked in 1978, the drug became less popular and finally was not often seen on the illicit market.

After 2005, reports of drug seizures and people arriving at emergency rooms high on PCP began to increase. By 2011, these ER visits had increased from 5,556 to 34,329. This next generation forgot or never learned what the prior generation knew—PCP is an intensely dangerous drug.

In the same way, we can forget how few people we were losing to drugs just a few decades ago.

Let’s Go Back a Generation

Our current generation of adults is accustomed to fifteen or twenty people per 100,000 population dying from drug overdoses. For the person who became an adult in 2006, for example, they might not be overly shocked by a number like 40,000 or 50,000 people dying in a single year. But a person accustomed to a much smaller number can see how serious the problem has truly become.

If we REALLY want to grasp how much worse the loss of life from drug overdoses has gotten, we need to expand our scope. Government charts almost never present a long-term picture and sometimes, I wonder why. Could there be some people who want to obscure how bad this situation is?

Let’s look at a chart from a 2011 presentation from the Centers for Disease Control and Prevention. This one chart shows the increase in drug overdose deaths between 1970 and 2006. That’s 36 years, a little longer than what’s normally considered a generation..

It’s also worth noting that in some regions of the country such as southern Nevada, northern New Mexico, Appalachia, parts of the upper peninsula of Michigan, parts of northern California and Oklahoma, this rate has reached more than thirty deaths per 100,000.

The New York Times Called the Situation an “Epidemic”

There’s plenty of people calling our problem with drug overdoses (and specifically opioid overdoses) an epidemic. But the New York Times was calling our situation an epidemic back in 1970! Here’s a quote from one of their news articles in 1972:

“In New York City it was reported that narcotics, chiefly heroin, were the leading cause of death in 1969 and 1970 in all males aged 15 to 35, including non addicts.”

“The number of deaths throughout the United States attributed to heroin overdose from 1943 to date must total many thousands. In New York City it was reported that narcotics, chiefly heroin, were the leading cause of death in 1969 and 1970 in all males aged 15 to 35, including non addicts. This can properly be characterized as an epidemic; the general alarm over these deaths is thoroughly warranted.”

What would you call this situation if it were 18 times worse, 36 years later? A catastrophe, perhaps?

Why Do We Get Numb?

It’s possible that situations around us that are too awful and too hard to resolve simply numb us to how bad they are. We might dismiss them because we don’t have a good solution. If we let ourselves do this in relation to drug overdose deaths, we are going to lose tens of thousands of Americans, not only this year but every year in the future.

There are solutions. To choose which solutions to apply, it’s important to look at the outcomes of that solution, whether it’s prevention, treatment or enforcement. Which solution helps people avoid suffering? Which one frees them from the grip of drugs? Which drug education program actually results in lower drug use?

The wrong thing to do is forget the past because if we do, we can’t really evaluate the present.

We have all likely heard of heroin, the drug whose very name inspires thoughts of sorrow and despair when we hear it spoken. Heroin’s wicked web of addiction and dependence of millions of people over the years has built a thoroughly bad reputation for this life-threatening drug.

When three New Yorkers of remarkably different backgrounds overdosed and died on the same day, many believed their deaths were coincidental. But investigators later began to see a pattern when they discovered that all three users had ordered drugs from the same dealer. The story that followed unveiled numerous warning signs, lessons that Americans must learn to prevent more overdose deaths. 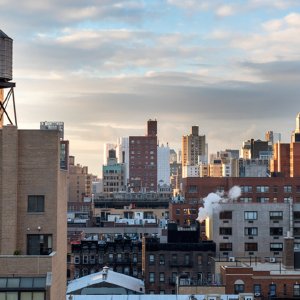