I’d like to invite our readers to consider an interesting and concerning truism in addiction science. We can all agree that any kind of drug use is dangerous. Any sort of alcohol misuse is dangerous. These are the facts. But there is this interesting, unique, and crucial datum that we don’t give enough recognition to.

I am speaking of the fact that the more an addict uses drugs and the longer they hold onto their habit, the more likely they are to die from it.

Why Do We Never Meet Old Addicts?

The fact is, people who use drugs and alcohol become MORE at risk of death the longer they use drugs. Hence the urgency to get them help fast. Why do we never see old addicts? I suppose a better question would be, “Why do we never meet old addicts who have been using drugs all their lives?“ Addicts either get help or they die. That’s just the way it is. You may very well come across a senior citizen who has fallen on hard times with a drug habit or a drinking problem, but this is likely a habit they adopted as an elderly individual. You almost never meet older people with drug problems that they’ve had all their lives.

When I was studying genetics in college, I was asked to research an uncommon genetic condition called “Gigantism.” My professor posed the question: “Why do you never see an old giant?” (Gigantism is a condition in which tumors in the brain’s hormone-producing, puberty-invoking pituitary gland cause massive hormonal growth and rapid, extensive physical development in one’s childhood and adolescence).

I won’t bore you with the details of my research, as a five-minute read on Gizmodo summarizes the answer well enough. Giants don’t live long because the very hormonal abnormalities which cause them to grow so much in their youth end up being the death of them in their young-adult or middle-age years.

I find the analogy similar to the lifespan of an addict. An addict’s habit starts off seeming pretty harmless to them. But the more they use, the more those instances of drug use and heavy drinking pile up, the more damage is then done to their body, their mind, and their soul. Livers become compromised. Kidneys start to fail. Hearts falter. Lungs struggle for breath. Brains lose brain cells and neural capacity. Nervous systems short circuit and falter. Coordination starts to go. Hygiene becomes an afterthought. Teeth, skin, eyes, lips, hair begin to deteriorate. From the inside out and from the outside in, the very habit that once seemed exciting or interesting to the addict starts to kill them. The more they use, and the longer they use it for, the higher the odds are that they’ll die from their habits.

The Threat of Lethal Overdoses, Accidents, and Illnesses Become More Relevant the Longer One Remains an Addict

There are several reasons why someone is more likely to die from a drug overdose the more they use drugs. It is difficult to nail this down into exact percentages, as different people respond differently to drug use and the variables involved are extensive enough that precise predictions and rates for a likelihood of death at specific years of drug use are difficult to arrive at. But we can extrapolate a simple, general rule of thumb:

“The longer one uses drugs and alcohol, the more likely they are to die from such a habit.“

Some of the factors which lead to an early death as a result of using drugs for years on end are included below.

Ongoing drug use creates exacerbated damage to the physiological functions of the human body. As crazy as it sounds, every time a person shoots heroin, drinks heavily, snorts cocaine, smokes meth, or even inhales on a cigarette, they shave entire minutes off their lifespan. Why? Because all of these actions create irreversible, permanent damage to the human body. Although it is somewhat morbid to do experiments with, the Omni Calculator gives us a tool which can calculate a person’s lifespan based on how much drugs they use, how often, and for how long.

There is also the constant threat of overdose, particularly with opioid pain relievers, heroin, and synthetic opioids. A huge percentage of annual drug deaths are the result of opioid overdoses. The longer one uses such drugs, the more likely they are to experience a fatal overdose, even if they “think they have it under control.” An opioid overdose is almost impossible to predict. And while most opioid overdoses do not prove to be fatal, how many times will an addict survive such overdoses before he experiences the one overdose that he doesn’t wake up from? An overdose only has to be fatal once. It’s not like there is a reset button.

Another phenomenon we often see in the realm of addiction is the phenomenon of tolerance. The more an addict uses drugs, the more the individual’s body builds up a tolerance to those drugs. As tolerance increases, the addict will have to use more of the drug to get the same experience from it. As the individual consumes larger and larger quantities of drugs with each use, the toxicity being added to the body increases. This adds to the risks considerably. More toxic drugs in the body equals a higher likelihood of the body not being able to process that amount and thus going into an overdose.

There is also the danger of accidents, injuries, illnesses, diseases, more drugs being added to the mix, and so on. Addiction has often been described as a dwindling spiral, and not without good reason. A drug habit does not stay the same over time. It gets worse. An opiate addict might start by popping pain meds that they got from a friend. But when that supply runs dry, they resort to buying such drugs on the street. And then when street meds become unaffordable, they start snorting heroin or grinding up synthetic opiates and snorting those. Then they start shooting heroin and synthetic opioids through IVs. Then they begin sharing IV needles with other addicts. And before they know it, they’ve contracted HIV from sharing needles with another addict who had HIV. That’s the dwindling spiral of addiction.

A similar model can be applied to alcoholics. A “drinking problem” might start as drinking a little too much on the weekends, then drinking on weekday nights after work, then drinking every night, then sipping a drink from a hip flask on one’s lunch break. All that drinking spaced throughout the day, every day, means the person is going to be driving under the influence quite often. How long before they get into a drunk driving accident and kill someone else, or kill themselves—or both?

We can also talk about how addiction rewires the core, physiological functions of the brain and other vital organs. CNN published an article on this in 2016. The article makes the argument that the physiological changes in the human brain and body from drug use in one’s youth leads to an earlier-than-average death, even if one stops using drugs and alcohol.

I tend to hold a more optimistic viewpoint than that (believing as I do that even hardened addicts can give up their habits and still live long lives), but I concede that I have known a few colleagues and personal friends who died a little too young (50s and 60s) even after years of sobriety.

All of this leads us to one, key conclusion: the sooner one gets off drugs and alcohol, the better, and the urgency for helping a family member or loved one to break free from a drug habit could not be more clear.

The Importance of Getting Help as Soon as Possible

There is no way to predict mathematically how likely it is that one will die from x drug after y number of years. There are too many variables involved. However, we do know that the longer one uses drugs and alcohol, their risk factors become more severe, and they become more likely to experience severe accidents, injuries, illnesses, diseases, overdoses, physiological failures, psychological breakdowns which lead to physical danger, etc.

All of this combined gives us the resounding truism that we must help addicts get clean as soon as possible. Just waiting for them to “come around” is not an option. We have to act with urgency and decisiveness to get our addicted family members and loved ones off drugs and into residential drug and alcohol addiction treatment centers. We are talking about life and death. It’s just not something that we can waste time over. 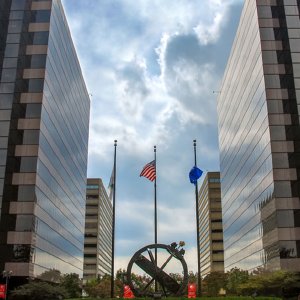 In September 2019, I wrote a perhaps overly optimistic piece about the fact that America was finally seeing a downturn in overdose deaths. In the more than ten years I’d been writing about this topic, I had only seen the steadiest of climbs in these numbers. I had no idea—and neither did anyone else—how much worse things would get. 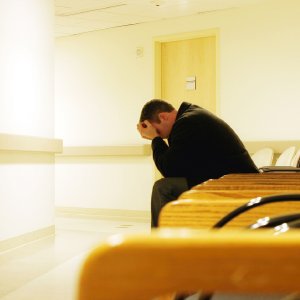