Did you know that seventy-two thousand Americans died from drug overdoses in 2017? This is a shocking statistic. It’s miserable, in fact, that so many of our people have fallen prey to drug and alcohol addiction, a crippling and vicious difficulty that has swept through our nation, creating a “National Public Health Emergency” per President Trump’s official declaration in October of 2017.

The death toll has increased significantly every year since the turn of the century when eighteen thousand people died from drug overdoses. But the overdose crisis has accelerated in the last five years particularly. Now, drug overdose deaths are more common than HIV/AIDS deaths, car-related fatalities, or gun deaths.

Why? What has happened to cause such an intensive spike in drug overdose deaths in just the last few years? There is massive awareness of the drug problem now, more awareness than we have ever had on the problem.

Extensive research has been able to nail down a few factors that have likely contributed to the rampant increase in overdose deaths, in spite of the fact that we are all working that much harder to address the addiction problem.

The general consensus is that there are two major reasons for the ongoing increase in drug overdose deaths, despite increased efforts to address the problem. These two factors are:

These factors seem to be the major ones, the most likely causes of a constantly increasing trend in overdose deaths. States across the country have begun utilizing a one billion dollar grant program to help fight addiction, but the epidemic is still growing faster than we can seem to counteract it.

Why We Haven’t Been Able to Make Rapid Change

There are several schools of thought on why our country is still experiencing increases in overdose deaths, even though we have known about this problem for years and have been trying to address it all that time. For one thing, this is a behavioral problem. This has not been just some infectious disease that responds a certain way to a certain medicine.

“Because it’s a drug epidemic as opposed to an infectious disease epidemic like Zika, the response is slower…”

As for why it is taking so long to make lasting change in addressing the drug problem, Professor Dan Ciccarone of true University of California, San Francisco, writes, “Because it’s a drug epidemic as opposed to an infectious disease epidemic like Zika, the response is slower. Because of the forces of stigma, the population is reluctant to seek care. I wouldn’t expect a rapid downturn; I would expect a slow, smooth downturn.”

We have to remember, this is a human problem. There are twenty-four to twenty-five million people that we need to help, and they do not necessarily want our help. That is the issue and the struggle we face. That is the challenge here.

And to make matters worse, the drugs those twenty-four to twenty-five million Americans are using are only getting more dangerous and risky. Research indicates that highly potent synthetic opioids are now at fault for the majority of drug overdoses in America. Fentanyl, an opioid that is ten to fifty times stronger than heroin and other opioids is now being mixed into heroin, cocaine, methamphetamines, and anti-anxiety meds to produce a powerful but often lethal high.

Fentanyl is manufactured in clandestine labs across the country, and across the world for that matter. It is also far easier to traffic fentanyl, as it can be shipped in trace amounts which are difficult to detect but which can still provide a strong high for the user.

“Even when you think you’re doing better, all it takes is one bad batch of fentanyl in any state and you’re going to have deaths…“

Mark Levine, a physician and the official health commissioner for Vermont, spoke about how difficult it is to achieve lasting results in reducing the opioid epidemic. He said that “Even when you think you’re doing better, all it takes is one bad batch of fentanyl in any state and you’re going to have deaths.”

Levine’s words pull on our heartstrings because he is absolutely correct. It does not take much to completely reverse forward progress, and that is frustrating when we are trying to save lives here.

The drug overdose epidemic is not terrible everywhere. Not by a long shot. Some areas of New England are getting a handle on their overdose issues, and they are taking the correct levels of action to address them. Massachusetts, for example, has some of the nation’s most effective medical school programs and curriculums for training new doctors on how to contend with opioid addiction amongst medical patients. Thanks to that, those newly graduated students are already putting their education to work in cracking down on the addiction crisis amongst Mass patients. In fact, preliminary reports for 2018 are suggesting that overdose deaths in Massachusetts are decreasing, not increasing.

Rhode Island and Vermont have also done a fair amount of remedy in this direction, changing medical policy and legal conditions so that they are more able as states to address their own micro-addiction epidemics. Their efforts have also been met with varying degrees of success in reducing their own opioid problems.

The takeaway from the states that have made lasting improvements is that change is possible, and individual states can beat their addiction epidemics. As Gail Sheehy said, ”If we don’t change, we don’t grow. If we don’t grow, we aren’t really living.” We can take a page out of her ideology, but we have to be willing and ready to put in the effort to get those results for ourselves. It will take time, but we can do it as others have before us.

And at the end of the day, a nation that is free of drug and alcohol addiction and all of the hardship that goes along with it is well worth it. We must come together as a united people, a united group of individuals that is willing and ready to do whatever it takes to confront and tackle the addiction epidemic.

We look to our doctors for help in improving our physical condition, and that covers a broad range of areas.

The United States is trapped in the fiery chaos of an opioid epidemic. This has been an ongoing problem for almost twenty years, a gripping quandary of efforts to resolve pain phenomena amongst Americans and yet still avoid addiction difficulties. 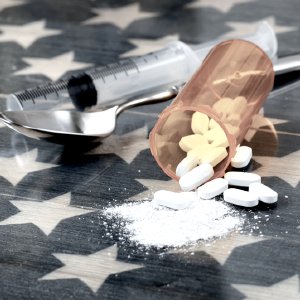