What is the Real Risk Behind Teen Vaping?

The common pastime that we know as vaping is not the risk-free, cigarette habit-breaking hobby that we are often led to believe it is. Though “vape culture” as it is called has been met with strong support, real risks to our health are present in vaping. Long-term implications exist for having a vaping habit, too, such as one’s transference to other substance-use habits that are even more dangerous than vaping.

What Exactly is Vaping?

“Vaping” is defined as the use of what are called “e-cigarettes” (electronic vaporizer devices) to consume flavored water vapor into the lungs. E-cigarettes heat a “vape” liquid into an aerosol vapor which is inhaled by the user. The liquid usually contains some amount of nicotine or flavoring, or both.

According to the Surgeon General’s report on vaping, e-cigarettes and adolescents just don’t mix. The brain is a slow organ to develop, with final stages of development not nearing completion until one is about twenty-five years of age. Nicotine exposure before that can cause addiction and can harm that developing brain. And even if young people don’t use nicotine in their vaporizers, there are all kinds of other harmful effects attendant with the vapor that they consume, and pretty serious addiction risks, too.

Dr. Jerome Adams, the current U.S. Surgeon General, cautioned the American people on the harmful effects and risks attendant with vaping. He said, “In 2017, 2.1 million middle and high school students currently used e-cigarettes, making them the most commonly used tobacco product among youth. These numbers highlight the urgent need for a targeted campaign to educate youth about the dangers of e-cigarette use, and stop the flood of youth initiation.”

Vaping, What is the Real Risk?

To the eyes of most of us who do not fully understand vaping or vape culture, vaping may seem like just an innocent pastime or hobby, or just a way to avoid smoking cigarettes. However, there are some real risks and dangers present in vaping. This is not the miracle solution to smoking or the harmless pastime that supporters and promoters would have us think.

E-Cigarette Vapors Connected to Possible Cellular Damage in the Lungs

In a report in Science News for Students, toxicology researcher Irfan Rahman of the University of Rochester New York published his findings which isolated the cells responsible for repairing lung damage, called fibroblasts. In a test setting, the researchers simulated damage to lung tissue, then observed through microscopes the fibroblast cells working to repair that damage.

Then the researchers added e-cigarette vapors to the test set, and the fibroblast cells ceased repairing the damaged lung tissue. Does e-cigarette vapor prevent the body from healing itself? It seems like it might, and that would certainly make sense why regular e-cigarette users often complain of slow-healing sores and wounds in their mouth as well as irritation and inflammation of their lungs.

Vaping has been linked to an entirely new and concerning form of smoker’s cough called “Vaper’s Cough.” When an individual inhales pollutants, it irritates the lungs. When an individual inhales pollutants regularly, the lungs respond by triggering a cough. This is the lungs’ survival mechanism for getting those pollutants out of the body. Vaping can cause bronchitis, irritation, and inflammation of the lungs, and “vaper’s cough.”

In a study of two-thousand teens in Los Angeles area done by the University of Southern California and published in the Science News for Students, it was found that two hundred of them had vaped in the last thirty days. Those who vaped recently were two times more likely to have chronic bronchitis than those who had not been vaping.

According to the Drug Enforcement Administration’s resource, “Get Smart About Drugs,” sometimes teens will put actual drug chemicals in their vape liquid. They most often do this with liquid cannabinoids or refined liquid versions of marijuana. When young people do this, they are more able to conceal their marijuana use and they’re more capable of consuming high quantities and potencies of THC as well. This is something to be concerned about, as regular marijuana use in one’s teens has been linked to problems with attention span, brain development, and impulse control in adulthood.

The vapor inhaled through e-cigarettes is harmful to the mouth and lungs. This vapor inflames mouth cells in a way that can promote gum disease. Bloody sores, smoker’s cough, wounds in the mouth that are slow to heal, and damage to the lungs are all risks. The above dangers are just a handful of risks that can come with vaping. Is vaping the lesser of two evils when compared to cigarettes? Maybe. That could just be splitting hairs though. Really, a life with no addictive and harmful habits in one’s life is the ideal situation.

Addiction Begets Addiction – How One Habit can Lead to Another

In the tradition of saving the biggest issue for last, perhaps the most significant concern with vaping is the habit-forming aspect of this trend. When young people in particular vape, they become exponentially more likely to smoke cigarettes later on in life.

Vaping, Your Lungs and Coronavirus

Some people consider that vaping is safer and healthier than smoking cigarettes or joints. But is it really healthier when it comes fighting off respiratory infections? 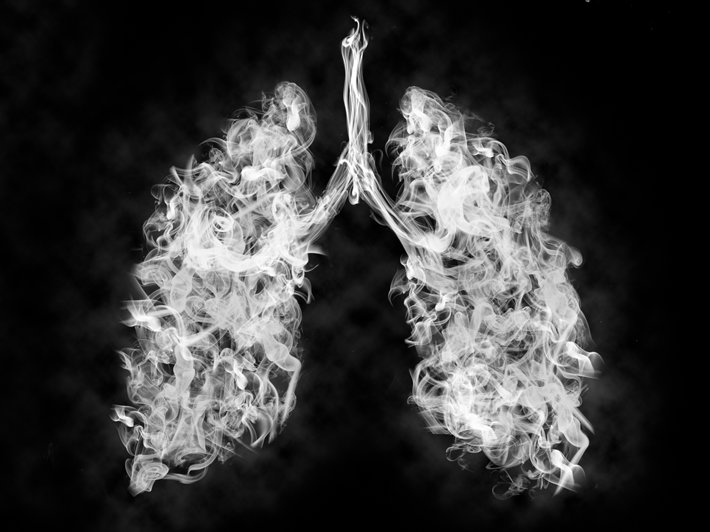 Drug Use, COVID-19, and Increased Risk for Addicts

The nation is suffering a pandemic of epic proportions. But before COVID-19, the U.S. was already struggling with the addiction crisis. How are addicts affected by the developing COVID-19 crisis? 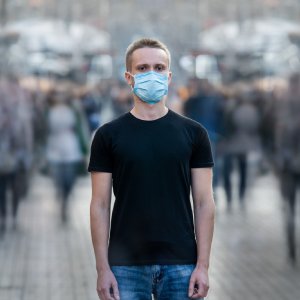