It’s difficult to find any official consensus on this question. Some groups point at one drug or another as a gateway drug—one that led people on to the use of other, more addictive, more deadly drugs. Other groups deny that the gateway phenomenon exists.

The problem seems to lie in the idea of causation. Does the use of one or another drug cause a person to begin to use these other more dangerous drugs? No one has yet been able to prove causation.

But if a strong relationship exists between starting with one of these supposedly “harmless” drugs and migrating to other drugs, that should be made clear. Anyone who thinks that the use of drugs like alcohol, tobacco or marijuana, or the use of e-cigarettes is harmless, should be forewarned about such a relationship. Does this drug or substance open the door to drugs like cocaine, heroin, methamphetamine, synthetics, or prescription painkillers? There are some scientific studies that provide insight into the answers to these questions.

How can this term be defined? An article in the New England Journal of Medicine defines it like this:

“A drug that lowers the threshold for addiction to other agents.”

Adolescent Involvement in Drug Use, 1975

In this early study that defined the problem for decades to come, researcher Dr. Denise Kandel of Columbia University stated: “You’re never really able to establish a clear causal connection [between so-called gateway drugs and harder illicit drug use] because there are so many factors you can’t control for. All you can say is there is an association between the use of these drugs, and there tends to be a sequence.” [Emphasis added.]

In her research paper published in a 1975 issue of Science magazine, Dr. Kandel cited two long-term studies of high school students in New York State. These studies outlined the following four stages in the sequence of involvement with drugs, specifically:

Her paper made the following observations:

In other words, an additional 25% of these students who did smoke tobacco products or drink alcohol went on to use marijuana within the following six months.

To quote from the findings of this report (which uses an older spelling for marijuana): “Marihuana, in turn, is a crucial step on the way to other illicit drugs. While 26 percent of marihuana users progress to LSD, amphetamines, or heroin, only 1 percent of non-drug… users and 4 percent of legal drug users do so. This sequence is found in each of the 4 years in high school and in the year after graduation.”

While Dr. Kandel denies being able to assume causation, it seems there is enough evidence in her findings for one to be deeply suspicious. And as a result, exceedingly cautious.

Cannabis Use Stages as Predictors of Subsequent Initiation with Other Illicit Drugs, 2012

This French study was launched to determine the influence of cannabis use patterns on the probability of those users initiating use of other illicit drugs (OID). The study utilized surveys completed on nearly 30,000 teens.

Cannabis Use and Other Illicit Drug Use, 2006

Electronic Cigarettes and Future Marijuana Use, 2018

This study published in the official journal of the Academy of Pediatrics looked into the possible progression from e-cigarettes to marijuana. This study noted that, among adolescents, smoking cigarettes has long been associated with initiating use of marijuana.

As a result of two surveys completed a year apart on the same 10,000 youth, this study concluded:

“E-cigarette use predicts subsequent marijuana use among youth, with a stronger association among young adolescents. Reducing youth access to e-cigarettes may decrease downstream marijuana use.”

Center on Addiction and Substance Abuse at Columbia University Study, 1995

In October of that year, the Center on Addiction and Substance Abuse at Columbia (CASA) released the results of a study into the gateway theory. The study found:

There are many other results in this study that is available here.

My Own Anecdotal Information

Several years ago, I had the opportunity to interview eleven graduates of a rehabilitation program in California. Of these twelve individuals, every one of them had started with alcohol, marijuana or both together. Here’s the way those numbers looked:

Tobacco and e-cigarette are not included here only because I didn’t happen to ask them about these products.

Here’s what two of these individuals told me about their progression from their initial drug use to more addictive and dangerous drugs:

“Once I was smoking pot, I was around people who were doing other drugs. So it made it easier to just do those other drugs. I was like, well, these people are doing it and they seem fine. So I did it.”

“Once I was smoking pot, I was around people who were doing other drugs. So it made it easier to just do those other drugs. I was like, well, these people are doing it and they seem fine. So I did it.”

“It seemed that once I started using, smoking weed and drinking, that was enough for a while. At that point I was already starting high school, I was hanging out with older kids. And they were experimenting with harder drugs. It was offered to me. I was looking at them, chasing their high almost, and wanted to see what it was all about for myself. It wasn’t malicious, I had no intention of using anything over and over again, but that just happened.”

Each one of these eleven people went on to use heroin, cocaine, methamphetamine, prescription drugs or club drugs. It took a long-term rehabilitation program for them to achieve stable sobriety.

What Would You Conclude?

It may not be possible to scientifically prove that using alcohol, tobacco or marijuana causes the later use of heroin, cocaine, methamphetamine or other deadly drugs. But it is a disservice, especially to young people, to spread the tale that alcohol, tobacco and marijuana are drugs that pose no danger to anyone. As seen above, these are drugs that typically open the door to the use of drugs like cocaine, heroin and methamphetamine that quickly trap the user in addiction.

Parents sitting down to talk to their kids about drinking, alcohol, tobacco or e-cigarette use would be wise to keep these studies in mind. If they find that their children have begun to use one of these drugs, fast action to redirect the child into safer activities would be wise, given the information about progression to more deadly drugs documented in these studies.

A Look at College Campus Drinking and Drug Use

Every parent wants a safe and rewarding college experience for their children. But when alcohol misuse and drug abuse are ongoing problems on college campuses which are further exacerbated by the COVID-19 pandemic, how can parents ensure their children’s safety? 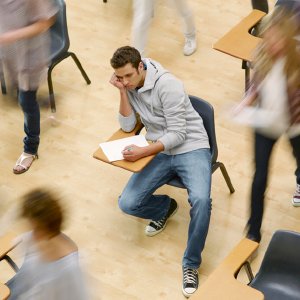 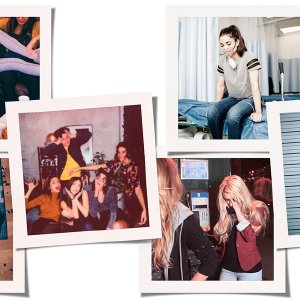