The Truth About Denial

Many believe that if an addict does not admit to having a problem, he does not know he has a problem. We are taught to see this as a lack of self-awareness on the part of the addict. I can assure you, it is not. It’s simpler than that.

People talk about addicts as being “in denial,” as if it’s some sort of box or mental condition of self-inflicted blindness. Denial is not complex psychology. In actuality, it’s more two-dimensional: on one side is the truth and on the other is a lie—or many.

Denial is lying plain and simple, either because the person doesn’t want to get caught, expose himself or is ashamed, angry, guilt-ridden or distrustful. Admitting one is powerless over drugs or alcohol, for example, is, for many, a necessary first step to recovery, but nowhere is admitting this to one’s family necessary, except in some literature and discussions about interventions where the idea is, in my opinion, misinterpreted and misplaced.

In other words, if your addict is in denial when he arrives at Narconon, fine. This is part and parcel to the overall condition the person is in, and part of what any quality program like Narconon is designed to address. If he tells you he’s willing to address his opiate addiction but plans to smoke pot for the rest of his life, fine. Again, this is something Narconon will address. If he tells you that you’re the one with the problem and the only reason he’s going to Narconon is to make you happy, smile and tell him, fine. Great, as long as he goes.

In the world of recovery, some of the best success stories come from very unlikely beginnings.

The purpose of any good treatment program is at some point, to move the addict from seeing himself as a victim, to a condition of responsibility. As long as he makes it to a program where he can begin this process and come back to life, make new friends and have some wins, nothing else matters. The only thing that matters is to get your addict to arrive, and to start!

Do not make the mistake of trying to resolve the condition itself during an intervention.

For example, I got a young man into treatment after months of his bellowing against it. All the way to the program he denied his condition was as bad as his family said it was and certainly not bad enough to justify treatment. He insisted his family was wrong and said the only reason he agreed to try was because he had nowhere else to go. Upon arrival, he called home and cursed his family, swearing never to speak to them again and predicting someday they would see just how wrong they were. Two weeks later, after going through withdrawal from several years of opiate use, he told his detox supervisor he was happy to finally be on the road to recovery and forever grateful for whatever his family did to get him there.

This is not an exceptional case. It happened to me and it happens all the time.

In the world of recovery, some of the best success stories come from very unlikely beginnings.

Big picture realizations can and will occur after your addict is at the Narconon program, once he’s off the drugs and alcohol and beginning to get control of his life again. The important thing is that the addict eventually realizes these things for himself, not that he confesses them to his family.

Some people say an addict or alcoholic who is in denial hasn’t hit bottom, but this concept is very problematic when applied to real-life. First, there is no such place as “bottom.” It’s an abstract idea. 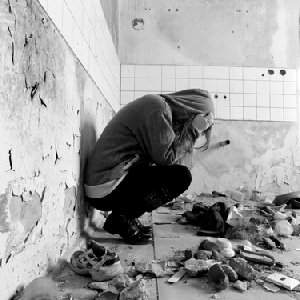 What Is an Intervention?

An intervention is any action or actions which result in an addict arriving at a well-chosen program. I include, “well-chosen,” because, without a program that has a good chance of success in place, an intervention is of little or no value. 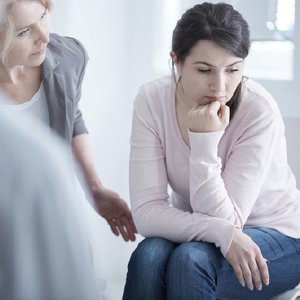