The Secret to Coping Successfully with an Addicted Loved One

In the United States, at any moment in time, there are more than twenty million households dealing with the addiction of a loved one. Actually, there’s far more than that, because for many of these individuals, there’s more than one household stressed out by a individual’s addiction. His parents are struggling with the effects of his drug use and trying to figure out how to help. If he’s married, his wife and children suffer from his preoccupation with drinking or drugs over caring for his family. His best friends are spending sleepless nights trying to figure out what’s happening to their friend.

Once they realize that the multitude of problems they see manifested by their loved one all adds up to drug or alcohol addiction, at least then they know the enemy. Families very often go for years without realizing that drug abuse is at the bottom of the unemployment, illness, arrests and other problems. But once they know this, what do they do then? How do they cope with this situation? How do they make it better? How can they get to a better point in life for the addicted person and for themselves as well?

Here’s a little insight to help families through this difficult time of life.

If you can possibly make these shifts in your own thinking, you’ll be ahead of the game. They will actually reduce your stress slightly because you will be better prepared to deal with what comes at you. You’ll stop being blindsided.

Sometimes you see a news report about a manager or accountant who, after twenty years of doing a good job in a company, is found guilty of embezzling hundreds of thousands of dollars that she spent to support an addiction. How could she simply change like that? Was she always dishonest? Probably not. Drug addiction and alcoholism sap a person’s sense of morals. Their thinking is swayed morning, noon and night by their need for drugs. They develop a convenient ability to justify theft, assault and neglect.

Families see the same thing when a loved one is addicted. This person they treasure, loved and trusted for a couple of decades is now a thief and liar. It’s a very hard adjustment to make. If you understand that drugs are at the heart of the problem and if they are removed, the person can recover, that might help.

So, What Should You Be Doing Instead?

You need to step away from your own emotions and take a good, hard look at the real situation that is occurring in this person’s life. He has lost control. He is not being himself. He’s still there at some deep level and with the right help, he can come back. He can be the way he was before the drugs took over.

But right now, you’re not dealing with the person himself, you’re only catching the brunt of his overwhelm, guilt and desperation.

You need to bring other family members in on this problem. If you’ve been keeping it all a secret, now is the time to stop. Find family, ministers, close friends, siblings—whoever will help you while you find the right solution. When the addicted person is faced with a room of people who express their concern and insist on rehab, that approach has a chance to break through that overwhelm and convince him to decide to get help.

But when taking this approach, begging, blaming, pleading and crying are the wrong way to go about it. Be firm, decisive and as objective as possible. Line up your choice of rehab ahead of time.

This is truly one of life’s most challenging situations so when you feel overwhelmed yourself, realize you’re not alone. Be kind to yourself, find help and stay hopeful. With the right support and choice of rehab, that person can recover and once again live up to his full potential.

And when you’re in this situation, find out how Narconon has been helping those who are addicted recover their honesty and integrity and develop the life skills that keep that person on a sober path. For more than 50 years, Narconon has been the choice of tens of thousands of people around the world. Call us for more information on how we can help.

Seeking Help for Yourself While a Loved One Still Struggles

Can a recovering addict seek treatment and create a relapse-free life if they have a loved one back at home who is still using drugs and alcohol? 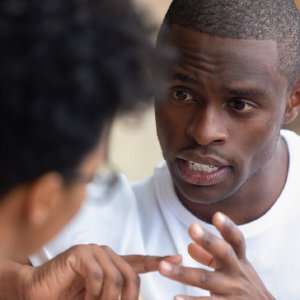 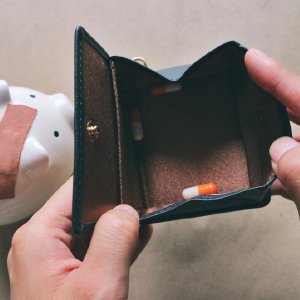