Can You Really Help an Addict Without Enabling Them?

Repeated acts of enabling actually prevent many people from going to rehab even when that is the only thing that will save their lives. Is there any way to get people to stop enabling?

On a winter’s evening, a middle-aged woman plucked up her courage and walked into the backyard of her home. She walked over to the shed in the yard and hesitated before reaching for the door. Finally, she threw open the door and found her son inside. She hadn’t been absolutely sure he was spending nights in her shed until now.

Weeks earlier, she’d been letting him stay in the shed when he didn’t have anywhere to sleep until finally, she’d had enough. As hard as it was, she demanded that he stay away until he was ready to go to rehab for his opioid addiction. Did this return to the shed mean that he was ready this time to get some help?

In fact, that’s exactly what it meant. Together, they found a rehabilitation center and he was there in a just a few days. This man recovered from his addiction after his mother finally realized she had to stop enabling his drug use. And she had to stop it 100%, no going back, if she was going to save his life.

Unfortunately, there are so many families that never draw that line in the sand. There are a hundred ways, small and large, they enable their loved one to keep using drugs or drinking excessively. It’s not that they want them to keep using drugs. They simply confuse loving and caring for the person with actual help. Real help is insisting that the addicted person go to rehab to find a new, sober life.

Enabling can be kind of subtle sometimes. Other times, it’s huge and glaring. In either case, enabling is essentially making it okay for a person to continue with destructive behaviors. This can be direct help, such as taking them to find drugs, or more often it's acceptance of the behavior as “normal”. Let’s look at some examples.

Why Does a Person Enable?

There’s a couple of reasons. One is that the enabler is simply terrified of what would happen if they stop. Will that person disappear? Stop loving them? Die? It’s their way of trying to make the situation right however they can. Their terror freezes them into a pattern of enabling the person’s drug use.

Another reason is that they can’t differentiate between caring and real help. They think that unconditional love and support will help their addicted loved one turn their life around. But when it comes to addiction, real help starts with recognizing that only a good, effective rehabilitation program is going to help this person build a new, lasting sobriety.

Enabling can even take place after the person goes to rehab. A young woman called her father repeatedly from rehab, blaming him for her addiction. Accusing him of not loving her because he insisted she go to rehab. He finally relented and let her come home. She immediately returned to drug use. Fortunately for both of them, he found out about the relapse and got her back into rehab. She finished the program and told me how happy she was that he got her back to the rehab.

How Do You Stop a Person from Enabling?

For some people, their enabling is based on a misunderstanding of the facts. They don’t realize how hard it is to break away from drug use so they think bringing their loved one home and caring for them is all that’s needed. In fact, bringing that person home only gives them access to debit and credit cards and other valuables that can be sold.

For this enabling person, a tough, clear, explicit conversation about the nature of addiction can help. The enabler needs to understand that the addicted person has given total control of his (or her) life over to the drugs. He has no self-control when it comes to deciding whether or not to have another drink or prepare enough injection. The family must impose a greater control over the person by insisting on rehab. And all influential members of the family must be on the same page in this matter. No one can weaken.

It can be explained that placing the individual in a location where they can’t get drugs and where the people around him are professionals looking for signs of deception is the only way to protect that person’s life.

This conversation must be as direct as you can make it. But it doesn’t have to be unkind.

Often, it will, especially if an enabler has the support of family members. That individual may have been too afraid to take responsibility alone. But when his or her spouse, siblings, parents or other children show their support, it can be easier to make the hard decision.

If you can’t get the biggest enabler to change their behavior, try talking to other people involved in the situation. Then a few of you can sit down with the enabler and show a united front of support to help her make the choice she needs to make.

Some people are too terrified to make this choice. Others are too vulnerable to manipulation—and an addicted person is going to pull out every manipulative trick he knows to avoid going to rehab. It won’t work every time, even if you do a good job of explaining the real situation.

Those enablers who can see the truth and don’t feel trapped and alone are more likely to have the strength to make this change. And that change helps an addicted person finally arrive at the doors of a rehab that can save their live. It’s totally worth the work required to bring about these honest conversations and put an end to the enabling.

Friends and Addiction—How to Help

One of the most common questions I hear is, “How can I help my friend with their drug habit?“ To people who don’t use drugs and alcohol, a substance abuse addiction can seem strange and confusing. Why would your friend continue to use a substance that was harmful to them? Why would they keep putting that concoction of chemicals into their body when it might kill them? 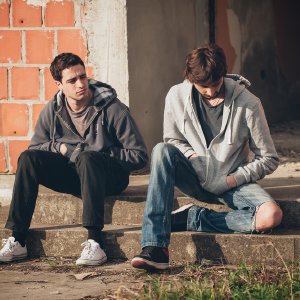 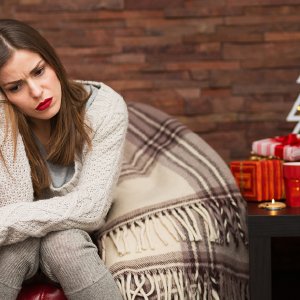