You might know someone who is open and honest about a substance that they are using. The substance could be alcohol, in this example. This person does not seem too concerned about their drinking habit, because it doesn’t appear to be harming them much.

But it's also quite possible that the person is using another substance. In this example, the person is drinking alcohol and self-medicating on prescription drugs. This is the drug habit that they are not telling you about. One drug habit is bad enough. When a second or third drug habit is added into the mix, the situation goes from bad to worse very quickly.

What are steroids? Simply stated, steroids are synthetic variations of the male hormone testosterone. Steroids are intended for use in a medical environment, to treat hormone deficiencies. The most common steroid that is misused or taken recreationally is anabolic steroids. The term “anabolic” refers to muscle building.

Anabolic steroids act very differently on the brain than most drugs do, which is why steroid misuse (by itself) is rarely treated as an addiction. According to NIDA, steroids do not have the same short-term effects on the brain that other drugs do. Steroids do not activate the reward center of the brain. They don’t cause a “high,” nor do they cause a rapid increase of dopamine levels in the brain.

However, self-medicating on anabolic steroids does seem to cause the following side effects in many who take them:

One of the harmful effects of ongoing steroid use is the onset of opioid misuse. Here again, is this vicious cycle mentioned earlier. What happens is that a steroid user will continue to take steroids, likely to lift more weight and build more muscle. Such individuals often end up struggling with physical pain symptoms, so they self-medicate on opioid painkillers. That allows them to dull their pain symptoms, allowing them to continue working out and enabling them to continue taking steroids.

It’s a vicious cycle. Taking one drug (steroids coupled with overly-strenuous weightlifting) creates a need to take another drug (opioid painkillers). Then the second drug makes it so that one can get back into the gym and also take the first drug once again, and so the cycle repeats itself.

Before the individual knows it, he’s on a vicious cycle of self-medication with both pain meds and steroid drugs. This is a cycle that has untold harm on both his physical and mental health. And as opioid drugs are themselves highly addictive, such a habit usually leads to other negative behaviors and unhealthy life choices.

This concern of a dual, anabolic steroid and opioid misuse crisis is so severe that the National Institute on Drug Abuse researched the subject. The organization sought to show the connection between the two drugs and why individuals trapped in such a vicious cycle should get help as soon as possible. According to the research:

“Anabolic steroid users are more likely to use drugs such as marijuana, prescription opioids, cocaine, or heroin. In a study of men admitted to treatment for opioid use disorders, 25 percent reported prior use of anabolic steroids. “

Helping a Loved One Break Free from a Drug Habit

It can be tricky to determine what qualifies as addiction and what doesn’t. People who misuse steroids might not be considered “addicts,” at least not in the sense of what a drug rehab would treat. That is why it’s so important to get in touch with them, to have a close conversation with them—several if necessary—to arrive at the problem for what it is. There is often something else going on.

We can relate a drug habit to an iceberg in the Arctic Ocean. What you see on the surface is often just a sliver of what’s really going on in that person’s life. When you look below the surface, there’s a lot more to address. If you know someone who is taking anabolic steroids, get in touch with them; it’s possible they are taking opiate painkillers as well, and that they might need help from a residential drug and alcohol rehab. It’s even possible that they are self-medicating on steroids as well and that such a habit has grown so severe that they need help. If that’s the case, get them into a residential drug and alcohol treatment center as soon as possible. 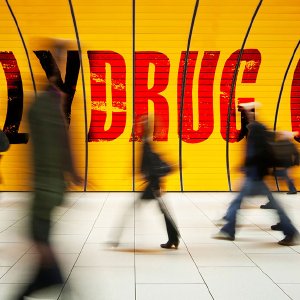 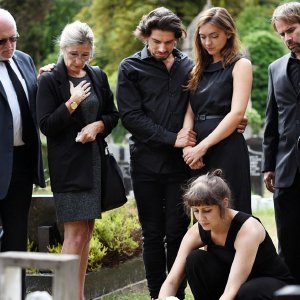