In what is arguably the freest country in the world, the United States still locks up more people than any other nation. According to a 2018 report by the Bureau of Justice Statistics, about 2.2 million adults were held in U.S. prisons and jails in 2016. That’s 655 Americans locked up for every 100,000 people in the U.S.

Incarceration statistics have skyrocketed since the 1990s, which is the same period in which the U.S. has also experienced its worst drug addiction epidemic yet. And while there are several types of crimes and offenses that can land one in jail, it goes without saying that the U.S. drug problem and the U.S. criminal justice problem go hand in hand.

There is no clear evidence that incarcerating people who use drugs is the right way to address the drug crisis.

Recidivism. The California Innocence Project has a good definition for the term: “A recidivist is a person who is released from prison and who later commits another crime, or reoffends, such as a parole violation or the commission of a new crime. California defines a recidivist as a person who commits a new crime or violates parole within three years of his or her release from custody.”

“A recidivist is a person who is released from prison and who later commits another crime, or reoffends, such as a parole violation or the commission of a new crime.”

Recidivism is also a broad term that applies to any released inmate who winds up back in jail. But we can explore further and look at the intricacies of different kinds of recidivism.

A research paper published in the U.S. National Library of Medicine focused on recidivism as pertains specifically to released inmate/addicts relapsing back onto drug use and then winding up back in jail as a result. It was found that not only are released inmates not given access to appropriate treatment services while in prison, but they’re also not given enough access to support services and transition help when they are released from jail. The result is often a relapse back onto old habits, old drugs of choice.

By the end of 2009, over 7.2 million people were incarcerated or in the probation/parole system. Many of those individuals were serving sentences for drug-related crimes. However, the penal system provides inmates with extremely limited access to evidence-based substance abuse treatment.

Individuals are going to jail for drug-related crimes, but they’re not getting help in jail for the reasons why they committed those crimes in the first place. And if they’re not getting sufficient help/treatment in jail, what’s to prevent them from seeking out drugs again, once they’re released?

Washington State provides a good display of what happens when jails don’t help inmates overcome drug issues. In Washington, drug overdose mortality rates are 12-fold higher for recently-released prisoners than they are for individuals in similar age groups and demographics. In fact, the first two weeks immediately following release from jail is an extremely dangerous time for a recently-released individual.

If released inmates are relapsing back onto drugs and overdosing within just two weeks of their release from jail, what does that say about the efficacy of our penal system? How can we even begin to trick ourselves into thinking that our prison system works if the first thing that drug offenders do upon release is to go out looking for drugs again?

The misconception is that, if we lock a drug user up for a few months or a few years, just the simple “deprivation of drugs” will somehow “cure him of his drug addiction.” But that’s erroneous thinking. That line of thinking is built off the idea that addiction is merely a chemical, biological condition, and that couldn’t be further from the truth. If addicts do not receive proper addiction treatment, they will find their way back to drug use. It doesn’t matter how long they go without physically using their drug of choice. That’s why addiction treatment is so crucial.

The Importance of Addiction Treatment

The prison system needs serious reform, just as a general rule. Recidivism rates are stark evidence of that.

No one is born a criminal. Prisons are supposed to help inmates become people who do not commit crimes.

The problem with the prison system, however, is that it was never set up to treat addicts. The prison system is already glaringly ineffective for a considerable percentage of offenders. For addicts, it is merely the wrong solution to the problem of addiction. Addicts need treatment, not punishment.

If addicts do not commit violent offenses, if their only “crime” is being an addict, and if prison cannot help them, then why are we sending them to jail? Addicts need residential addiction treatment. Not a jail cell. If you or someone you care about is struggling with drug use or a drinking problem, make sure help is made available via a drug and alcohol treatment center.

Remarkably, Lithuania’s alcohol-related vehicle fatalities decreased 82% during a 15-year long experimental phase in which alcohol-related restrictions were imposed on the general public (especially those driving while intoxicated). Should we consider cracking down more on not only drunk driving but also on the circumstances that precipitate drunk driving? 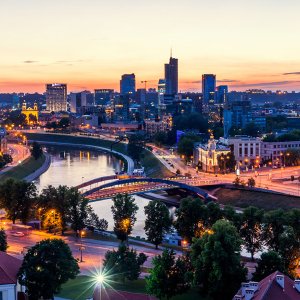