But here is the new blow that no one was expecting. The reason why there has been such a surge in cocaine-related deaths is that the cocaine was not pure cocaine. The cocaine had been laced with highly addictive, potentially lethal amounts of fentanyl.

Mixing fentanyl, one of the most potent opioids in the world, into any drug is going to drastically increase the lethality of that substance. And this often takes drug users by surprise, as they intend to take one drug (cocaine in this case) but end up getting a hybrid drug (cocaine laced with fentanyl) instead. And the hybrid drug is, of course, far more potent and far more dangerous than cocaine by itself.

The United States is certainly no stranger to drug overdose deaths. According to the Centers for Disease Control and Prevention, the opioid epidemic of the 21st-century claimed almost 400,000 lives from 1999 to 2017. In 2017 alone, the most recent year that we have information for, 68 percent of the 70,200 overdose deaths involved an opioid. The number of drug deaths involving an opioid in 2017 was six times higher than the number of opioid deaths in 1999.

Those statistics are pretty harsh. And that’s just the tip of the iceberg. Every day we lose about 130 Americans to opioid overdoses. We are talking about a problem that has been terrorizing Americans for twenty years. And let’s not forget that the problem has been getting progressively worse with each passing year.

The change that we were not expecting, however, would be that illicit fentanyl made in clandestine drug labs would find its way into the powdered-cocaine supply. Because of this, drug users are at increased risk. Drug users who never intended to take opioid drugs are now, ironically, at risk of opioid overdoses.

The U.S. News article mentioned above gave a report on cases out of California, Connecticut, Pennsylvania, and British Columbia. These were incidences where unsuspecting drug users died or came very close to death due to using cocaine that, unbeknownst to them, had fentanyl in it. These incidences have been frequent enough to cause a one-third increase in cocaine overdose deaths from 2016 to 2017—not an insignificant rise in just one year.

Dr. Robert Glatter, an emergency physician at Lenox Hill Hospital in New York City, commented on the issue: “Fentanyl is a powerful synthetic opioid, 50 to 100 times more potent than morphine. It may lead to death by respiratory depression, especially in individuals who are ’opioid-naive’ and consequently have not developed tolerance.”

“In a recent study of one million randomly selected urine drug test results from medical practices in the U.S., there was a significant increase between 2013 and 2018 in the rate of tests positive for non-prescribed fentanyl among the cocaine-positive samples…”

Dr. Glatter also commented on the increasing prevalence of detected fentanyl in urine drug tests that had tested positive for cocaine or methamphetamine. According to the doctor: “In a recent study of one million randomly selected urine drug test results from medical practices in the U.S., there was a significant increase between 2013 and 2018 in the rate of tests positive for non-prescribed fentanyl among the cocaine-positive samples (from 0.9% to 17.6%) and methamphetamine-positive samples (from 0.9% to 7.9%).”

What does this tell us? It tells us that illicit fentanyl is permeating the drug supply and that it is doing so at a mad rate.

No type of drug use is ever safe or “okay.” But now, as fentanyl has spread into the cocaine and meth supply, drug use has become even more dangerous. And that danger has been further exacerbated by the fact that the drug users are rarely even aware that they are taking highly toxic hybrid drugs, not pure cocaine or pure meth. This causes them to ingest a potentially lethal dose of fentanyl without even knowing it.

Dr. Harshal Kirane, the director of addiction treatment and research at Wellbridge in Calverton, N.Y. examined toxicology reports of individuals who had overdosed in California. These are individuals who had taken cocaine, thinking it was cocaine, and who then overdosed on the fentanyl that was in the cocaine.

Dr. Kirane commented on how the existence of fentanyl in cocaine creates a “latent response” in the individual. That essentially means the cocaine/fentanyl hybrid drug does not impose its highly toxic, potentially lethal effects on the user until after it is too late.

In the doctor’s own words, “In some regions, synthetic opioids like fentanyl are a latent adulterant that becomes evident only after it is too late. There’s a persistent yet unpredictable risk for all communities.”


If you know someone who uses any drug, now is the time to ensure that they get help and that they get off of drugs. It does not matter if their drug habit doesn’t seem “as serious” as other drug habits. We can no longer split hairs over different types of addictions. At this point, we have to recognize that any drug use has the potential of being lethal. There is never a good reason or a sensible logic behind drug use. If you know someone who uses drugs, do your best to get them help via a residential drug and alcohol rehab center. 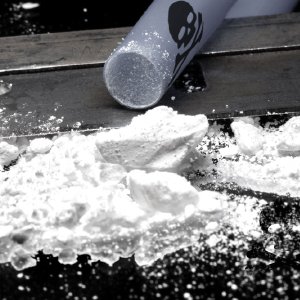