Medication Assisted Treatment (MAT) is the use of prescribed drugs to either reduce cravings for a substance or to prevent the onset of withdrawal symptoms of a substance. Because this approach to "treatment" is deemed "cost-effective" and requires little or no special training to administer, MAT has become the golden child of governmental agencies desperate to show some headway in the opioid epidemic.

There are a number of drugs used in MAT.

In addition to MAT drugs for opioid addiction, there are MAT drugs used in the treatment of other kinds of addiction. Such as the following:

The problem with MAT goes way beyond the side effects of these drugs. A look at the history of this practice reveals some of the drawbacks with this approach.

A Look Back as Earlier MAT Protocols

While the side effects of MAT drugs are certainly daunting, there's long been a pattern of using one new drug to treat addiction to an old drug with the result that the new drug created just as many or more problems than the old one.

For example, during the Civil War, many soldiers were treated with morphine for their battlefield injuries. Some of them became addicted to this drug, an addiction that outlasted the war itself. When heroin was developed by the German drug manufacturer Bayer, it was promoted as a wonderful remedy for morphine addiction. Not so much, as it turned out. And a new problem with heroin addiction was born. In a 2017 article, the Washington Post notes:

…a well-meaning philanthropic organization known as the Saint James Society actually “started a campaign to provide free samples of heroin to any morphine addict who wanted to take the cure.“

For a while, heroin was even promoted as a treatment for alcoholism. Of course, many new cases of heroin addiction resulted.

At about the same time, medical practitioners like Sigmund Freud were promoting the use of cocaine as a remedy for addiction to morphine, alcohol, heroin and tobacco.

In the 1960s, the Rockefeller Foundation proposed a new MAT protocol to treat a raging heroin epidemic in New York City: a daily dose of methadone doled out to addicts in special clinics. Methadone was recommended because it has a very long-lasting effect. A heroin user must find and consume heroin several times a day. A heroin-addicted person given methadone only needs a dose of this opioid once a day.

Methadone enabled the addicted to stop committing crimes and because it was dispensed as a liquid, prevented the spread of needle-borne diseases like hepatitis C or HIV. But those given this drug were still addicted to an opioid. One man who was on methadone for several years told me that his health and his mood declined steadily. He was sick more often and life was flat and dull every day. He finally broke free from all drugs at a Narconon drug rehab.

Methadone itself became a drug of abuse. But it was remarkably easy to overdose on methadone. Why? Because of that long life of the drug. The effects of the drug last a full 24 hours. If a person took another dose before the last one wore off, the quantity of methadone in their bloodstream could build up to deadly levels. Every year, methadone overdoses kill about 5,000 people.

In 2015, Pew Trusts reported that the ease of overdosing on this drug caused many government agencies and states to remove this drug from preferred drug lists and caution prescribers on its use. The American Journal of Managed Care reported:

Although it accounts for just 1% of all opioid prescriptions in the United States, it was responsible for 22.9% of all opioid-related deaths in 2014.

Finally, the existing painkiller buprenorphine was given a new formulation for the purpose of treating addiction. It was mixed with naloxone, the opioid antidote, and called Suboxone. The naloxone was included to keep addicts from trying to abuse this drug. If they tried to crush Suboxone pills and inject them, naloxone would precipitate a painful and sudden withdrawal from opioids. As long as the pills were simply swallowed, no withdrawal symptoms would kick in.

As U.S. government agencies and officials touted this new wonder drug for the treatment of addiction, the New York Times published an in-depth article titled, Addiction Treatment with a Dark Side. This article detailed the way this drug has itself become a drug of abuse or is used in ineffective treatment programs that offer no counseling, life skills training or other services that would be needed for a person to permanently rise above the need for drugs.

There were a few reasons that buprenorphine was tapped to replace methadone. One is that multiple doses can be given out to those in treatment. Methadone's dangers require the addicted to line up every morning at a methadone clinic. These clinics are usually in seedy, sketchy parts of town and are disliked by their neighbors so a stigma develops around being under this type of treatment.

The National Institute on Drug Abuse states that:

Medications should be combined with behavioral counseling for a “whole patient“ approach, known as Medication Assisted Treatment (MAT).

Under federal law, MAT patients must receive counseling, which could include different forms of behavioral therapy. These services are required along with medical, vocational, educational, and other assessment and treatment services.

Right now, there are more than 44,000 practitioners permitted to prescribe this drug. There's no report on how many of these practitioners are just doling out the medicines and raking in their payments and how many are truly caring for their patients, weaning them off these treatment drugs and counseling them on how to establish new, sober lives.

The Pain News Network reports a serious flaw in the plan to get as many people as possible on buprenorphine-based MAT:

[In Tennessee] buprenorphine clinics charge $100 cash at the time of service and require weekly visits for refills. This amounts to a cost to patients of over $5,000 yearly for medical services. From the provider's perspective, collecting $5,000 yearly from 100 patients amounts to an annual gross income of $500,000, with low overhead and no costs associated with billing insurance. This economic bonanza is causing many physicians to abandon traditional medical practices. A primary care physician remarked that he earns as much in one day in the buprenorphine clinic as he does the rest of the week in primary care.

In other words, it might be too easy for a practitioner to focus on his profits and not on the recovery of his patients. In a very revealing article on setting up a rural buprenorphine clinic for the addicted, you'll find advice on the costs of hiring a doctor, nurse and assistant, obtaining treatment drugs, renting an office and adding security features. There is no comment about providing life skills training or counseling for those in treatment. Out of these 44,000 providers, how many have fully-featured treatment protocols in effect? How many are truly concerned with rehabilitating the patients in their care?

For the last few decades, one drug rehab expert after another has taken center stage to make claims about breakthroughs in solving addiction. Is the latest claim about medication-assisted treatment any better than old claims? 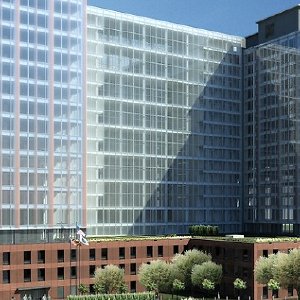