Can We Please Quit Calling Excessive Use of Technology an Addiction?

In an age where technology, the internet, and cell phones seem crucial for our very survival, a lot of people are wondering if there are harmful aspects to the devices and social media platforms that we use so often. Less than two decades ago, the internet was just a budding technological development, and social media didn’t exist. But now, entire careers are built off of these platforms. Millions of Americans spend hundreds of millions of hours on such platforms each year.

I want to make something clear before we continue, calling these things addictions has become popular. However, ask any heroin addict who has managed to get clean and you will immediately realize that calling an inability to stop wasting time does little justice to the devastating condition that addiction to drugs and alcohol creates. Sure maybe the behaviors seem similar, and no offense to anyone struggling with these issues, but anyone trying to make them the same thing has a lot to learn about the consequences of addiction.

The more important question to consider is the connection between the lack of human contact brought on by tech and social media and the isolated feeling that often comes with addiction? Is it possible that excessive use of tech and the internet set the stage for the lonely, isolated circumstance that often predisposes one to substance abuse? In other words, could the problem with our society obsessing over screen use be preparing us for later addictions to drugs and alcohol?

Certainly, addiction to drugs and alcohol and spending too much time looking at a screen are two grossly different activities. But is it possible that we're feeding an unhealthy habit when we overindulge in tech and social media? Is it possible that doing so sets us up for other bad habits later on?

As with so many other potential risks in day-to-day life, our thoughts go first to young people. What effects are countless hours spent in front of screens having on young people? And what can we do about it? Clearly, kids need to learn healthy boundaries. That includes learning boundaries regarding tech and the internet. It will help them later on in life if they learn such boundaries. But how do we ensure that they learn those boundaries?

Motivational speaker, author, and entrepreneur Simon Sinek has taken a bold stance on social media, smartphones, and technology. In an opinion piece he wrote for American Way, Sinek talks about the benefits of technology and what it has done for us. He talks about social media, the internet, and smartphones, not on a spectrum of “good or bad” but rather on a range of necessary moderation.

Sinek goes on to talk about how interaction with social media releases dopamine in the brain, a chemical release that activates pleasure centers. (For further quick, easily understandable data on the science behind social media and its effect on dopamine, check out this article by Northrop Grumman).

In Sinek’s article, he goes on to draw concerning comparisons of social media use to smoking, drinking, and gambling. One could easily include drug use in that comparison as well.

According to Sinek, social media (unlike drug use) does not necessarily have to be avoided altogether. And that’s because, no matter how harmful or cumbersome social media is, it is not drug use (a life-threatening condition).

Social media use, like other things, requires moderation and a strong force of will to enforce that moderation. And while Sinek likens this to addiction, it’s not. The belief that addiction can be moderated and that strong will alone can create a change is precisely the difference between and this proposed “addiction” to screens and social media, and true addiction.

What Can We Do to Moderate Our Use of the Internet, Social Media, and Cell Phones?

The same is true for social media, the internet, and cell phones. When used in moderation, there is very little harm.

And therein, we see a huge difference between social media and drug use. There is no “moderate” level of drug use. Any drug use is too much drug use. Social media can be enjoyed when used in moderation. Drug use leads to terrible life patterns like stealing, violence, manipulation, damage to property, even death from accidents or overdoses.

When people spend too much time on their phones or computers, they simply develop a poor habit and waste time. They don’t get as much social engagement or intellectual stimulation. But when people use drugs, that sets them on a path where they might steal from their family or even prostitute themselves in order to get drugs.

But we do need to encourage moderation in regards to social media, the internet, and tech. Think of encouraging moderation now as a preparatory exercise for making better life choices in the future. To protect our youth and ourselves from potentially forming addictive habits thanks to new tech, the solution must be in one of seeking moderation, not total inhibition from tech. The following are some ways we can moderate our use of the internet, social media, and cell phones. And for concerned parents who don’t want their kids engaging excessively in the above, these tips are also quite applicable:

As addiction and drug use has grown to be such a harsh and genuine problem in our society, we have to take extra caution in addressing activities and habits that could increase the risk of addiction to drugs and alcohol. The internet, technology, social media, and cell phones are not, by their nature, necessarily harmful. But excessive use of them can become unhealthy, and such activities could even set the stage for more harmful habits further down the line. It’s important to be conservative and limited in the use of such platforms.

Addicted, Alone, and Nowhere to Go—A Guide For Pulling Yourself Out of the Trap

If you or someone you know is addicted to drugs, you are probably no stranger to feelings of loneliness, hopelessness, and overall feelings of total misery and despair. These feelings are totally normal, as addiction is itself akin to the physical universe manifestation of despair.

Facing an addiction can be a daunting idea and because of this many people will come up with reasons to keep out of going to treatment. While this may make the prospect of getting a loved one into rehab more challenging, but there are solutions to just about every excuse that is given. 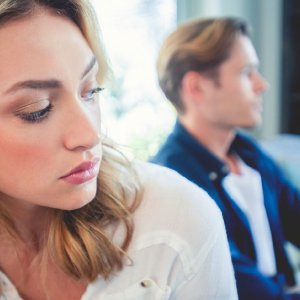