Addicted, Alone, and Nowhere to Go—A Guide For Pulling Yourself Out of the Trap

If you or someone you know is addicted to drugs, you are probably no stranger to feelings of loneliness, hopelessness, and overall feelings of total misery and despair. These feelings are totally normal, as addiction is itself akin to the physical universe manifestation of despair.

Dictionary.com defines addiction as: “the state of being enslaved to a habit or practice or to something that is psychologically or physically habit-forming, such as narcotics, to such an extent that its cessation causes severe trauma.“ The derivation of the word is “Latin addictiōn- (stem of addictiō) a giving over, surrender“ So when people fall prey to a drug habit or an alcohol addiction, they often feel as though there is nothing that they can do. They often feel like this is just the end of the line for them, and they feel this way because they despair in not being able to do anything about their drug habit. They know that drug use and alcohol misuse is wrong, but they literally cannot stop.

This is the keynote of addiction. Despair, misery, and hopelessness. However, an addiction to drugs and alcohol does not have to be a death sentence. In the following paragraphs, we’ll go over strategies, tips, do’s, don’ts, and other tidbits of advice on what struggling addicts can do to pull themselves out of the hole that is an addiction.

A Guide for Walking Away from Addiction

The above paragraphs act as a guide for helping people to pull themselves out of the trap of addiction to get clean. The following paragraphs show, very clearly, why one must take these actions towards sobriety. If you are addicted to drugs, it is well within your best interests to get off of drugs as soon as possible. This is because drugs are lethal. The truth is, Americans are dying from drugs and alcohol at rapidly increasing rates. When you give in to temptation and use drugs or drink heavily, you are taking your life into your own hands, each time. The sad truth is that tens of thousands of Americans are dying from drugs every year. This is something that we should all be concerned about.

Let’s take a minute and observe the rapidly increasing overdose death rate that our nation has been experiencing, just in the last four years. According to the Centers for Disease Control and Prevention:

References listed below were used to gather these statistics.

2015 saw an even higher overdose rate. In this year, just over fifty-thousand Americans died because of drug-related causes, with again more than half of them falling prey to an opioid death specifically.

2016, the most recent year for which we have fully tabulated overdose statistics, was the year that ranked the highest yet in overdose death rates that this country has ever seen before. Just over sixty-three-thousand, nine-hundred Americans died from drug overdoses in this year, with more than two-thirds of them dying at the hands of an opioid overdose. Opioids now account for more deaths than all other types of drugs combined. This information is more than a little bit shocking.

Reports for 2017 have not been fully tabulated yet, but the concern is that 2017 will showcase an even higher rate of overdose deaths than what our nation had to experience in 2016. One thing is for certain since the U.S. began experiencing increased opioid trafficking from other countries, more and more Americans have been dying from overdoses on opioids, from accidents caused because of opioid consumption, from opioid drug-related violence or crime, from health problems garnered from opioid consumption, etc.

Information like that really puts things into perspective. We are to a point now where we simply can’t continue to take such flagrant risks with drugs and alcohol. We need to say no to drugs, and we need to get help for those of us who are hooked on drugs, simply out of necessity and simply out of a need to protect our very lives.

Can We Please Quit Calling Excessive Use of Technology an Addiction? 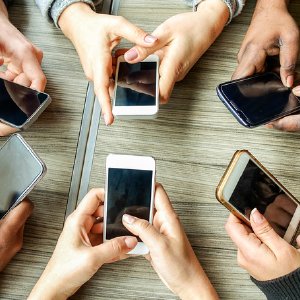 How to Know if You Have a Drug Problem

Drug addiction is a complicated affliction. There is no denying that. And now that drug addiction issues have expanded to include an entire range of pharmaceutical substances, this evolution of the drug scene has complicated the issue even further.