A small preliminary study has shown that if a person is trying to recover from a history of substance abuse, prowling social media may get in the way of staying sober. This was the result of a survey administered to 37 teens who were trying to get off and stay off drugs and alcohol.

The survey asked about their exposure to substance abuse by other people via sites such as Facebook, MySpace, Twitter, and others. Of this group, 92% said that they did utilize sites such as these. Of those young men and women, 75% of the girls and half the boys said that yes, seeing drugs, alcohol, and abuse of these substances on these sites made them want to go back to their old habits.

The presence of triggers is nothing new. For many years, addiction recovery programs have addressed the role of triggers in causing a person to want to use drugs or alcohol again. Some programs have people role-play how they can be in the presence of these triggers without relapsing. Other programs may coach a person on avoiding these triggers, whether they are specific people or locations.

People who used drugs or drank with the addicted person

Other people who had some relevance to drug abuse, such as bosses, drug dealers, etc. Places where drugs were purchased or used

Places where others used drugs or overdosed

Places where there were familial confrontations about substance abuse

Times of the day or night that drugs were commonly used

A Missing Solution To Triggers

There is a major trigger that is missing from the survey, lists like these and other forms of treatment. And that is the presence of drug residues in the body. This trigger is thoroughly addressed as part of the Narconon drug and alcohol rehabilitation program.

Here’s how these residues act as triggers. When a person abuses drugs or drinks, the body has to break down that toxic substance to eliminate it from the body. But not all the residues pass out of the body and can get lodged in the fat tissues of the body.

The body has a hard time eliminating these toxic residues from the body since they are somewhat locked in place. These residues appear to be involved in triggering drug cravings, even years after drug abuse stops. But when these residues are flushed out, a brighter outlook and clearer thinking result. The Narconon rehab program has a healthy method of flushing out these toxins.

This is the Narconon New Life Detoxification program. At rehab centers located in dozens of locations around the world, this detox program combines time in the sauna with nutritional supplements and moderate daily exercise to activate the body’s ability to let go of these residues.

Many people finishing this phase of recovery state that their cravings for drugs either reduce or disappear entirely once this phase is complete.

Find out how the Narconon New Life Detoxification Program can help achieve a full recovery from addiction by removing this trigger. 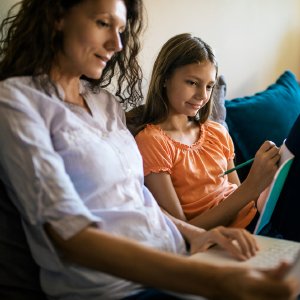 “Why Does My Loved One Love Drugs More than Me?”

This is a question that tortures every parent, spouse, child and sibling of an addicted person. Gain insight into why this person you love so much changes into someone you fear and how they can make their way back to lasting health.