Does alcohol advertising affect young people? Does it inspire them to consume alcohol before they reach the legal drinking age? Several studies and reports have shown that it does. And that is quite concerning, as such a revelation is not just a public health issue. It’s also a corporate ethics issue for the companies that create such advertising.

Not only is it crucial that alcohol companies be made to curb such advertising, but it’s also important that parents teach their children about the harmful nature of alcohol. In addition to reducing young people’s exposure to alcohol advertising, children need to be properly informed on the very real reasons why they should not drink.

A Look at the Facts and Statistics

In research published in the Johns Hopkins Bloomberg School of Public Health, it was found that for each additional alcohol advertisement that a young person saw (above the average of 23 ads per month), that young person drank about 1% more.

Other studies confirm this correlation. Among a group of 2,250 middle-school students in Los Angeles who participated in a separate study, the middle-schoolers who viewed more television programs that contained alcohol advertising were more likely to consume alcohol in the eighth grade than their peers.

A South Dakota study found similar results. This one included 3,111 students. It found that seventh-grade students who had exposure to in-store beer displays and alcohol displays in magazines were more likely to drink alcohol by the ninth grade.

Another study, in New Hampshire, found that never-drinking middle-school students, if they owned alcohol-branded merchandise, were more likely to start drinking alcohol one to two years later.

Finally, a Dartmouth Medical School study found that students from the age of 10 to 14 were more likely to consume alcohol in their late teens if they watched movies that had alcohol portrayed in them. About 92% of movies analyzed in the study were found to have alcohol on display. It’s worth mentioning that, in addition to alcohol advertising, alcohol promotion is appearing more frequently in the entertainment industry. Television shows, music and movies are increasingly glamorizing alcohol consumption, which acts as a form of peer pressure on young people to experiment with alcohol.

The logic is sound, and the research backs up the claim. If young people are exposed to alcohol advertising, they are more likely to consume alcohol. When looking for distinct predictors in alcohol use in underage people, the peers and parents of the individual tend to have a strong influence. But it’s time that attention be paid to the alcohol companies themselves, as their advertising encourages young people to drink.

Quoting David Jernigan, director of the Center on Alcohol Marketing and Youth, “The bottom line here is that youth are getting hit repeatedly by ads for spirits and beer in magazines geared towards their age demographic. As at least 14 studies have found that the more young people are exposed to alcohol advertising and marketing, the more likely they are to drink or, if already drinking, to drink more, this report should serve as a wake-up call to parents and everyone else concerned about the health of young people.”

According to research funded by the Ventura County Behavioral Health Department, children are becoming increasingly exposed to alcohol marketing on social media and in movies, on television, in magazines, and on the radio and internet. Every year, the alcohol industry pours hundreds of millions of dollars into various media forms, all to influence choices among young people. Alcohol brands do particularly nefarious things that make it more difficult to confront the destructive nature of their advertising, as in the case of alcohol brands that sponsor sporting events. Alcohol companies will also support organizations and causes that tend to interest young people, all to get the names of those alcohol companies in front of a younger public.

An Argument for Reducing Alcohol Advertising

The same Johns Hopkins Bloomberg School of Public Health study also provided a science-backed argument for why alcohol companies must cut back on advertising. The thesis was that when young people are not exposed to alcohol advertising, they do not drink as much, or at all.

Evidence suggests that a reduction in alcohol advertising would result in a decrease in alcohol consumption among young people. For example, one study found that when alcohol companies cut back their advertising campaigns by about 28%, the percentage of adolescents who drank alcohol every month dropped from 25 to about 21.

There is strong evidence that a complete ban on all alcohol advertising (similar to the cigarette and tobacco advertising bans of the 1970s) would result in a marked reduction in youth drinking. If alcohol advertising were completely banned in the US, more than 7,000 lives would be saved each year, and there would be a 16% drop in alcohol-related life-years lost.

There is no doubt that prevention will be one of the best tools for addressing alcohol misuse among young people. Parents should take a more direct role in making sure their kids do not experiment with alcohol. Much of that can come from parents talking to their kids about alcohol, informing them of the risks and dangers of drinking, and making sure kids are not regularly exposed to alcohol advertising.

And if a young person gets hooked on alcohol despite efforts to prevent such a condition from manifesting, addiction treatment will have to be utilized to help them get off of alcohol for good. 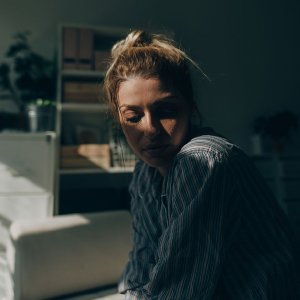