From liver disease to heart problems, cancer to obesity, drinking alcohol, over time, brings on a wide range of health problems that can prove fatal. Contrary to what most people understand or believe, addiction and misuse is not the only risk that one faces when they drink. Even drinking alcohol “in moderation” has adverse health effects. For people to be as healthy as they can, it’s important for them to drastically reduce or even eliminate alcohol consumption from their life.

Most people understand that drinking alcohol to excess is extremely harmful. But that’s only part of the story. Though it is not often thought of in this way, any alcohol consumption is harmful. Even when consumed in moderation, alcohol takes a toll on the human body, especially when one drinks regularly for long periods of time.

While moderate alcohol consumption has been normalized (and in some ways even expected or implicit within American culture), a significant body of research shows that Americans and people worldwide suffer adverse health consequences from drinking alcohol.

1). According to a paper published in the journal Addiction, one-half of one percent of all deaths in the Americas are directly caused by alcohol. Bear in mind that these are not deaths where alcohol is a contributing factor, which are much higher. These are just the deaths that are directly attributable to alcohol. According to the data, about 85,000 people die in North and South America each year as a direct result of consuming alcohol. Alcohol-induced liver disease was the primary cause of death in these cases, but alcohol-induced neuropsychiatric disorders were also a major factor. Of all the countries in the Americas, the United States, Brazil, and Mexico had the highest incidences of alcohol-induced mortality.

2). According to the World Health Organization, about 5% of global deaths are related to alcohol. This includes deaths where alcohol was the primary cause and deaths where alcohol was a contributing factor. That comes to about 3 million deaths every year as a result of alcohol consumption. Also according to the WHO, alcohol causes more than 200 different types of disease and injury conditions, more than 5% of the global burden of disease and injury is attributable to alcohol, and in the age group of people between 20 and 39, alcohol is responsible for about 13% of deaths.

3). Multiple studies have found that consuming alcohol is directly linked to cancer. Even drinking alcohol in moderation increases one’s risk of contracting certain types of cancer. According to a French study, researchers discovered that if the French people drank less alcohol, doing so would prevent about 15,952 new cancer cases in France each year. The National Institute on Alcohol Abuse and Alcoholism has also published extensive information indicating a link between alcohol consumption and cancer risk. According to their research, “Cancer kills an estimated 526,000 Americans yearly, second only to heart disease. Considerable evidence suggests a connection between heavy alcohol consumption and increased risk for cancer, with an estimated 2 to 4 percent of all cancer cases thought to be caused either directly or indirectly by alcohol.”

4). Further research has found a direct connection between alcohol consumption and a reduction in lifespan. According to a Lancet study, people who drink alcohol are less likely to live as long as people who do not drink alcohol. The number of years of potential life that are lost increases dramatically the more one drinks. For example, someone who consumes more than 25 drinks per week could expect a shorter life expectancy by half a decade or more. The study even indicated that “low risk” drinking was still associated with a shorter life span. Quoting the study authors, “For cardiovascular disease subtypes other than myocardial infarction, there were no clear risk thresholds below which lower alcohol consumption stopped being associated with lower disease risk. These data support limits for alcohol consumption that are lower than those recommended in most current guidelines.”

As new information and research continues to shows how even moderate alcohol consumption carries harm, the findings also serve to debunk some long-standing myths about alcohol. For example:

Quoting a World Health Organization document on the global burden of alcohol consumption, “Achieving reduction in the harmful use of alcohol requires concerted action by countries, ... effective global governance and appropriate engagement of all relevant stakeholders. By effectively working together, the negative health and social consequences of alcohol can be reduced.”

The WHO document is correct. Reducing the harmful effects of alcohol consumption does require concerted action across all aspects of public society and life. Because alcohol misuse harms so many aspects of life, it’s not enough simply for one to pledge not to drink. One must also do their best to help others avoid alcohol misuse and help those who have already fallen prey to alcohol addiction. For those who are hooked on alcohol and who can’t stop drinking, they must be helped.

Alcohol is harmful, no matter what. If someone you care about is drinking alcohol and cannot stop, please get in touch with a professional drug and alcohol rehab center as soon as possible. Get your loved one help before it is too late. 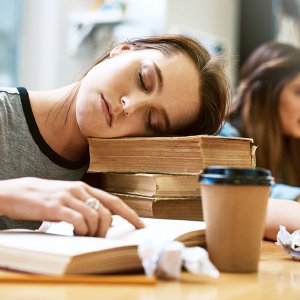 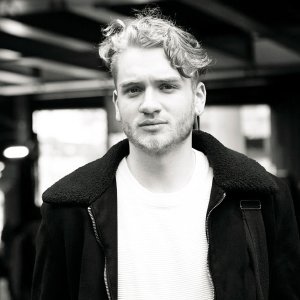