Advertising is a growing industry and has been for some time. We see ads pop up everywhere. TV and radio stations have advertised the products and services of sponsors for decades now. Billboards, vinyl wraps on public transportation, newspapers, signs in store windows, and now the internet. Just about everywhere we look, there’s an advertisement for something.

Usually, we perceive advertising as being harmless if perhaps annoying when you’re trying to watch a Youtube video or listen to music. But still more or less benign. But what about the correlation between alcohol marketing and alcohol abuse? What about the fact that, as alcohol marketing has continued to increase in the U.S., so has alcohol addiction grown? What about the fact that, as young people, in particular, are increasingly exposed to alcohol advertising, the more likely they are to consume alcohol?

Alcohol Marketing—Looking at the Facts

The American Public Health Association compiled a thorough and rather shocking research study on this subject. The document is dated, so we should take that into account, but the conclusions drawn from the research are just as relevant today, if not more so, than they were in 1992.

The APHA focused explicitly on the effect that alcohol and tobacco marketing has on young people. Quoting the APHA: “Countless times before reaching age 21, the average American child will see alcohol attractively presented on television advertisements, in magazine and billboard ads, and in point-of-purchase displays where alcohol is sold. Studies show that the more children are exposed to beer advertising, the more likely they are to expect to drink as adults. Additionally, surveys have consistently demonstrated that young people see and are influenced by beer commercials.”

The APHA cited multiple research papers, books, Surgeon General reports, National Institutes of Health surveys, and other material. Compiled, the data showed a strong effort on the part of alcohol and tobacco companies to market to youth.

In 2016, the American Academy of Pediatrics published a similar paper, this one focusing on alcohol marketing to underage youth via the internet. According to the study, internet marketing of alcohol is one of the fastest-growing mediums that alcohol companies are using. However, this region of advertising and its effects on youth remains more or less unstudied.

The AAP was able to conclude that, “Although high levels of engagement with Internet alcohol marketing were uncommon, most underage youths reported seeing it, and we found a prospective association between receptivity to this type of alcohol marketing and future problem drinking, making additional research and ongoing surveillance important.”

A comprehensive research paper published in the U.S. National Library of Medicine examined the correlation between alcohol marketing and youth alcohol consumption on a global scale. This research paper compiled data from 12 individual studies, drawing on information from Johns Hopkins Bloomberg School of Public Health, the UK Health Forum, the Public Health Advocacy Institute of Western Australia, and other reputed health organizations.

“All 12 (studies) found evidence of a positive association between level of marketing exposure and level of youth alcohol consumption.”

Three research papers from three research institutes. We cannot prove that alcohol marketing causes more alcohol misuse among youth, yet we can certainly see that when young people are exposed to such promotion and advertising, alcohol consumption among them is more likely to go up. And that’s something to be concerned about.

We don’t need to spend a lot of time on the harmful effects of alcohol. But it’s worth mentioning the current extent of alcohol misuse among our nation’s youth, and how that’s harming them.

Quoting the NIAAA directly: “Research indicates that alcohol use during the teenage years could interfere with normal adolescent brain development and increase the risk of developing AUD. In addition, underage drinking contributes to a range of acute consequences, including injuries, sexual assaults, and even deaths—including those from car crashes.”

When young people misuse alcohol, they significantly increase their risks for a range of adverse health problems. Yet still the issue goes on, and alcohol companies continue to spend between one and two billion dollars each year promoting their products.

Those of us who are old enough will remember how the tobacco industry was forced to drastically cut back on the promotion of their products. A nationwide public campaign against tobacco companies began in the late 1960s and carried through into the 1970s. The result was that tobacco companies could no longer promote tobacco even to a fraction of what they once could. Why hasn’t the same campaign occurred against alcohol companies?

Helping a Loved One with an Alcohol Addiction

Do you know someone who is struggling with alcohol addiction? Whether they got hooked on alcohol via exposure to alcohol marketing or some other means, they must get off of alcohol as soon as possible.

The best way to break away from an alcohol habit is with the help of a residential drug and alcohol addiction treatment center. Residential drug rehabs offer the safest and most effective means of helping people who struggle with addiction.

Reducing alcohol addiction in the U.S. will take a multi-pronged effort of combatting alcohol marketing, raising awareness of alcohol misuse, getting the public educated on alcohol, and so on. But most important of all, we have to help those who are currently addicted to break free from their vicious, life-threatening habits. Narconon offers a sensible, long-term, and highly effective recovery program for those who struggle with alcohol addiction. Learn more about the program and what you can do to help, and do whatever you can to get your loved one into treatment. 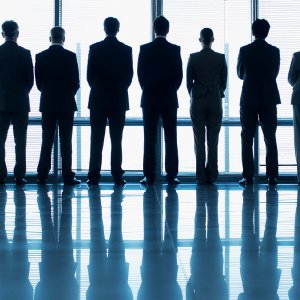