Given that the summer of 2022 is predicted to be one of the hottest summers on record, Americans would do well to leave the alcohol on the liquor store shelves and instead drink lots of water.

Though alcohol is a fluid and is mostly comprised of water, it does not hydrate the body as water does. In fact, alcohol dehydrates the body, leading to a net fluid loss, not a fluid gain. According to the National Institute on Alcohol Abuse and Alcoholism, the chemicals in alcohol suppress the release of vasopressin, a hormone produced in the brain that sends signals to the kidneys, causing them to retain fluid. The result? Alcohol increases urination and the excess loss of fluids. That leads to dehydration, a harmful physiological condition that worsens hangover symptoms and can contribute to heat exhaustion and heat stroke.

Beyond the risks for dehydration brought on by alcohol consumption, research suggests Americans put themselves at heightened risk for accidents when they consume alcohol and engage in summer activities. Based on NIAAA research:

The above is by no means a complete list, but one can quickly see how alcohol consumption combined with summer activities leads to a higher risk for accidents, injuries, illnesses, and even death.

Recent weather alerts from multiple sources suggest that the summer of 2022 will be one of the hottest on record. An early summer heatwave already struck many of the lower 48 U.S. states, causing record-breaking temperatures in June that affected more than 100 million Americans.[4] Other weather reports published in the spring of 2022 predicted hot temperatures in the summer, monsoon rains and severe flooding in wetter parts of the lower 48, and particularly dry, drought-level conditions in the more arid parts of the U.S.

Much of these predictions have already born out, with the hottest temperatures still to come. Since hot weather plays a direct role in spiking heat-related emergencies, Americans must take extra precautions to ensure they stay hydrated, as proper hydration is the first defense against heat-related harm.

Medical experts at the Mayo Clinic suggest that a healthy adult living in a temperate climate should consume the following:

However, it’s important to note that people should increase their water intake when spending time outside in a hot environment. This is especially true if the individual is working or exercising. According to the Centers for Disease Control and Prevention:

The CDC strongly discourages people from consuming alcohol in hot weather. Quoting their findings, “Alcohol can cause dehydration.” And, “Drinking alcohol within 24 hours of working in the heat can increase the risk of heat illness.” It seems that alcohol is not only harmful to the body when consumed during hot weather, but it can also be harmful for up to one day after working in a hot environment.

In conclusion, Americans must be particularly mindful of staying hydrated this summer, lest the extremely high temperatures predicted to occur cause dehydration and heat illness.

And despite the social incentives and pressures to drink alcohol at summer gatherings and the clever yet misleading marketing campaigns that promote alcohol as a thirst quencher, Americans should avoid alcohol during summer activities, particularly those activities involving hot weather, physical exertion, and extended periods of time spent outdoors.

While navigating a sober lifestyle during a global pandemic may not be the easiest thing on your to-do list, I can tell you that the rewards will be well worth your efforts if you stick to it. 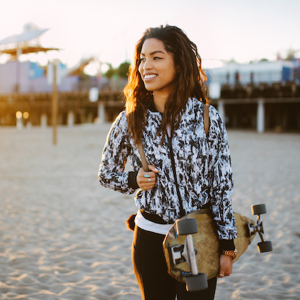 Does summer 2021 pose unique risks to recovering addicts? The answer is yes, because of two key factors. 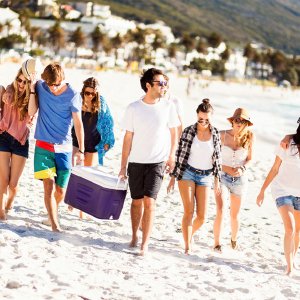