Why “Online Rehabs” Are a Hoax

Any time our country is faced with a serious emergency of some kind, we all come together to do something about it. But at the same time, certain individuals will always try and find a way to profit from that fear and worry. Such characters have shown up throughout history. They are the ultimate scammers, the ones who benefit off of the concerns and problems of others. Individuals and groups which offer “online drug rehabs” for struggling drug addicts and alcoholics are the modern-day versions of such characters.

How Some People Will Use Fear and Unrest to Profit

This type of person has been around forever. This is the con artist who tells lies and who spreads misinformation to further his agenda. Let’s look back to various sectors of history where such plots were exposed. One that comes to mind was during the Civil Rights Movement in the 1960s, when rumors were spread about African Americans to incite distrust and unrest between the whites and blacks.

Some of these rumors were quite elaborate, such as blacks having “special diseases” that whites didn’t have, hence the need for “the help” (mostly African American) to use different bathrooms than white homeowners. And it gets much worse than that. Author Kathryn Stockett explores much of this in her book, The Help. And more information on such rumormongering is discussed at City Lab.

What about the con artists and their “Magnificent Snake Oil?” These characters were sprinkled among street performers in the 1910s and 1920s. They hocked what they said was a fantastic elixir which could cure much of the major illnesses such as polio which had cropped up around that same time. But it was all a sham.

Any time there is a significant emergency, threat, or concern in our nation, there will be those who will attempt to profit from it.

Now this is happening in the addiction epidemic. Some companies/individuals are targeting addicts, offering “100% effective drug addiction treatment programs that can be fully completed online.”

Let’s Not Take Advantage of Addicts

Such programs don’t make sense, at all. How could someone overcome a drug problem on their own by merely taking an online course, or attending some online webcasts or webinars? Addiction is a terrible affliction, a severe crisis of both the mind and body, something that requires extensive work and effort to overcome. One needs support and help from professionals, yes, but this needs to be an in-person, face-to-face experience at a qualified treatment center, not something that someone does from home.

No one should take advantage of struggling addicts who are seeking help. But let’s not confuse online support groups with “online rehabs.” Online support groups are quite helpful and beneficial to an individual who has already bested their drug problem with the help of a residential center.

The Value of Good Communication and Basic Human Contact

I found a great article in U.S. News that talks about how online support for recovering addicts is very beneficial. And again let’s note the distinction. These are online support groups, usually run and managed over social media sites, which act as sounding boards for recovering addicts who need assistance. The premise behind these sites is quite simple. It’s an online community where individuals in recovery can seek help and support from others in recovery who may have experienced similar struggles.

I see nothing wrong with this. This is a brilliant use of modern technology and the internet. Rather than sitting at home alone and with no one to talk to, recovering addicts now have a community of like-minded individuals at their fingertips.

“We stay connected online, and we don’t judge anybody on what path they’re on…”

The U.S. News writers interviewed Jameil White, recovering addict and founder/administrator of several online support groups for recovering addicts. Her groups are now several thousand members strong. According to White, “We stay connected online, and we don’t judge anybody on what path they’re on. Whether they’re still in active addiction and they’re struggling, or whether they’re seeking help, we all take the time and volunteer and answer messages and talk to people. We’re their friends – we allow them to call us if they need to. We go so far as trying to find them local meetings or rehab treatment centers, or anything we can to get them the help they need.”

Another woman, Julie Richards, is the founder of The Mothers Against Meth Alliance (MAMA). Though she is not in recovery, she founded the group about six years ago in light of her daughter’s meth addiction. As Julie Richards attempted to help her daughter, she noticed that there was a severe lack of support, intervention, prevention, and education for recovering addicts in the Lakota Native American tribe in South Dakota. According to Richards, “Nobody wanted to believe meth was here, but I just kept doing these walks, I kept going everywhere I can to bring this awareness, I just kept it up. Now, people are like, ’What can we do to help you?’”

Richards soon took her movement to the internet, branching out beyond just offering support for Lakota Indians and soon offering help over the internet for anyone who sought it.

I’m all for supporting recovering addicts. Addiction recovery is an ongoing quest. That’s well known. Going to rehab is not the equivalent of flicking a switch where one goes from being an addict to not being an addict overnight. Pursuing a life of sobriety and abstinence is a quest, a lifetime endeavor. So anything that helps in that journey should be supported.

But we should never disillusion addicts. It’s just unfair and manipulative to take the online support community a step further with this idea of “online rehabs.” It’s folly. Support is one thing, a good thing, but getting clean from drugs and alcohol requires tremendous commitment and effort on the part of the recovering addict, and it has to be done with the help of a residential treatment center.

After a recovering addict has received treatment at a qualified center, they absolutely should avail themselves of ongoing support and aftercare in whatever way is workable and fitting for them. But real life addiction treatment has to occur first. An “over the keyboard” approach isn’t going to cut it. If you are seeking help for yourself or a loved one who is struggling with an addiction, be mindful of online resources which offer exemplary treatment results only with an online course or a series of online webinars. One needs an in-person treatment experience to overcome a drug problem.

When it comes to addiction and treatment, we see information all the time that acts as reminders of what we should do. But what about some advice on what we shouldn’t do? 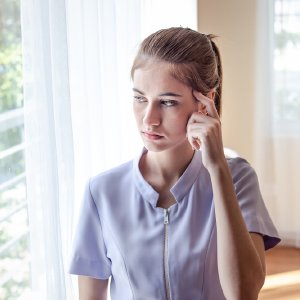 You are a parent, a spouse, or a son or daughter of an addict. You’re looking for help for your loved one. Or you are yourself struggling with drug addiction or alcoholism, and you need to find help. The first thing to know is that help is available. But maybe you already know that. 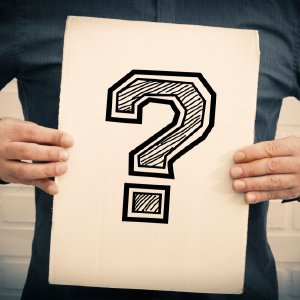