Why are Multiple States Suing Drug Companies for $26.4 Billion?

Anyone working in healthcare or addiction recovery knows that we’re in the throes of a catastrophic opioid epidemic. This fact is also known by any family that has lost a loved one either to addiction, overdose or some other kind of drug-related death.

Despite heroic efforts by tens of thousands of individuals and the family members of those who are addicted, the epidemic rages on. For launching this disaster, the media has thoroughly reported the involvement of large pharmaceutical companies. The role of Purdue Pharma in particular has been thoroughly revealed in news headlines.

But they could never have created this disaster alone. They had help. And now some of the other companies involved in creating this disaster are being sued by U.S. states seeking the funding to restore health to those who fell prey to the addictiveness of prescription painkillers.

A Sample of Lawsuits Involving Companies Involved in Pharmaceutical Sales

It would not be practical to list all the companies that have been sued and all the U.S. states, counties, cities, tribes, unions and agencies that filed the suits. But it would be educational to take a look at a sampling.

Johnson & Johnson was sued by many states wishing to be compensated for the burden that addiction imposed on states. In Oklahoma, the state won a judgment of $572 million for the role Johnson & Johnson played in created addictions through unscrupulous marketing practices.

The Drug Enforcement Administration itself filed a civil suit against Walgreens for their negligence in failing to pay attention to unusual shipping patterns. For example, they shipped 13.7 million doses of Oxycodone to just six pharmacies in Florida.

In all, there were more than 3,000 lawsuits filed against pharmaceutical manufacturers and marketers plus other companies that made millions distributing the drugs while never questioning the volume of pills being shipped.

Why Are These Lawsuits Being Filed?

Because of the devastation caused by millions of people becoming addicted to opioid drugs. It is possible to correlate the launching of this opioid epidemic with the growing number prescriptions that were written by doctors and then sold by pharmacies.

A few years back, the publication Mother Jones presented this chart comparing opioid sales to the number of deaths resulting from painkillers. As more doctors were convinced by seminars and speakers sponsored by pharmaceutical companies that chronic pain needed to be treated by prescribing painkillers, more pills arrived in the hands of patients.

More of these patients then became addicted to their painkillers because opioids, frankly, are addictive.

Some of these patients would then die of overdoses, as shown in the chart above.

Many, many of these people switched to heroin because it was cheaper and it didn’t require a doctor’s visit. This transition is excellently described by Shannon McKinnon, a television producer in Toronto, in this article. Her article also perfectly describes the way those who are addicted to opioids—prescription or illicit—lose everything to their addictions.

When an addicted person loses their job, insurance, marriage, home, children and ability to cope, the burden generally falls on the community. Cities, counties, states, the federal government and other organizations like hospitals end up paying all the costs created by that person’s addiction.

States, counties and other entities who have to foot the bill can be severely strained by these expenses. Instead of investing in education or a better quality of life for all their citizens, they have to mop up the wreckage of addiction.

It’s another effort to require the pharmaceutical companies who raked in billions of dollars in profits from selling addictive drugs to return these profits to the states that have had to pay for the burden of addiction.

According to Forbes Magazine, twelve states have banded together to obtain compensation from Johnson & Johnson and three pharmaceutical distributors:

The lawsuits have been filed by the attorneys general of Florida, Delaware and North Carolina and several other states.

Will $26.4 Billion Cover the Cost of the Opioid Epidemic?

Not even close. A report from CNN estimated the entire cost of mopping up this epidemic at $2.15 TRILLION.

Why so much? Because of the multitude of services needed to restore all the lives damaged by drugs, protect the children and prevent future addictions.

To get a little more perspective on the costs, the State of Oklahoma went to trial in 2019 to obtain compensation from Johnson & Johnson for the costs of opioid addiction in the state. They asked for $17.5 billion to foot the bill for all the services that would be needed over a thirty-year period.

What About the Loved Ones We’ve Lost?

So far, we’ve talked about the dollar amounts being requested to address the problem of opioid addiction. What about the cost in lives?

No review of this situation would be fair or just if we didn’t take several moments to pause and consider those who lost their lives and the millions of others who loved them.

Since 1999, more than 750,000 people have died from drug overdoses—the equivalent of wiping out the City of Seattle over a twenty-year period. While the specifics on the drugs causing these deaths have shifted over the years, in recent times, more than 80% of drug overdose deaths involved one or more opioid drug. Perhaps it is 100% appropriate that those who profited from the sales of these drugs should foot the bill to clean up the wrecked lives that were the result.

It matters how businesses make their money. For Purdue Pharma, this multi-billion dollar corporation is being shut down due to the deaths caused by its frontline product, OxyContin. But is shutting the company down enough? 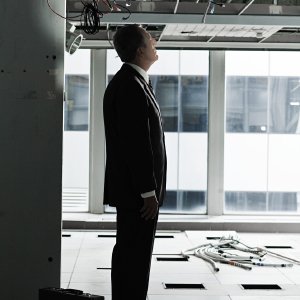 In a breaking news story that spread like wildfire across the U.S., the American people were informed that Purdue Pharmaceuticals, maker of OxyContin, had agreed to plead guilty to federal, criminal charges. Why? 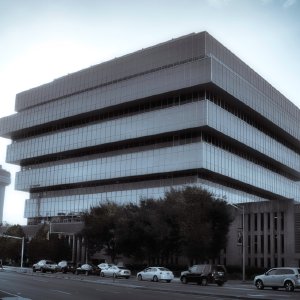