We Are Polluting Our Waterways with Drugs

Can you imagine drug use becoming so prolific, so frequent, so regular and mainstream that our waterways would become contaminated with drug residues? It’s almost unfathomable to imagine this as a true fact, but news stories, research papers, and opinion pieces paint a dire picture that this is the exact reality we have reached.

In Washington State and the United Kingdom both, researchers have found trace elements of opioid drugs, cocaine, and other contaminants in the tissues of sea life. The very shrimp and mussels we pull from the ocean and rivers are contaminated with drugs. How much more of a wakeup call do we need?

A New Story on Drug Pollution in the U.K.

A May 3rd, 2019 article in the New York Times caught my eye. It was titled “Shrimp From 5 U.K. Rivers Have One Thing in Common: Cocaine.” Written by Palko Karasz, the article talks about a large-scale research project to determine the toxicity of rivers in rural England. The researchers tested shrimp caught in different rivers across a broad region, and they found all kinds of contaminants in the bodies of those shrimp.

Much of what they found they undoubtedly expected to find. River pollution is not uncommon or unknown. However, one thing the researchers found in test samples from all rivers tests was a contaminant they did not expect to find at all—residues of the drug cocaine.

According to Dr. Thomas Miller, one of the study authors, “Although we know that pharmaceuticals, pesticides, and so on are in our rivers, most studies in the world don’t look at what’s inside wildlife.” His research does look inside the wildlife (although in all honesty, it is not the first research of its kind). His material and findings are quite insightful. They were published in the journal Environment International.

Granted, the levels of cocaine in each shrimp test sample were extremely low and low enough that humans eating the shrimp would not be affected by it. But what about the wildlife? Plants and animals are regularly exposed to pollution. We’ve known that for decades. But to hear that the creatures of the earth are now absorbing drug residues due to contaminated waters is pretty shocking indeed.

I can’t help but be reminded of last year’s story out of Seattle, Washington and the rude awakening this region got regarding opioid contaminants in local waterways.

In 2018, researchers from the Puget Sound Institute and the Washington Department of Fish and Wildlife found traces of the opioid drug oxycodone in mussels collected from Puget Sound. While these mussels were never intended for human consumption, it is still quite concerning that opioid drug use is so prevalent in the Seattle area that opioid chemicals end up in Puget Sound. And let’s keep in mind that both narcotic drug use and pharmaceutical opioid use could contribute to this.

The Effects of Drug Use on Marine Life

A rather poetic article in The Atlantic briefly summarized a collection of data which indicated that shrimp, salmon, and other animals exposed to pharmaceutical pollution are affected by that exposure. So these are no longer irrelevant, trace elements of drug pollutants that are “harmless.” Now we are talking about an environmental and ecological crisis.

Rebecca Giggs writes this compelling piece on the studies of salmon, cuttlefish, snails, crabs, and shrimp. She talks about how their behavior has been documented to change following exposure to drug-contaminated waters. And as these life forms often create the base food chain for larger animals, it is likely that birds of prey, carnivorous mammals, and other marine life which feed on the critters mentioned above are also being affected.

While Giggs provides several examples of scientific observation of multiple species of animals, her article is an opinion piece and does not offer source citations to scientific research. Nevertheless, I am compelled to believe much of what she says, especially considering the cited research out of Washington State and the United Kingdom.

“Atlantic salmon smolts exposed to benzodiazepines—medications, such as Valium and Xanax, that are frequently used to treat anxiety—migrate nearly twice as quickly as their unmedicated counterparts.…”

According to Giggs, “Atlantic salmon smolts exposed to benzodiazepines—medications, such as Valium and Xanax, that are frequently used to treat anxiety—migrate nearly twice as quickly as their unmedicated counterparts. Recklessly so, for the juvenile fish are likely to arrive at the sea in an underdeveloped state and before seasonal conditions are favorable.”

She also says, “Amphetamines change the timing of aquatic insect development. Antidepressants impede cuttlefish’s learning and memory and cause marine and freshwater snails to peel off rocks. Drugs that affect serotonin levels in humans cause shore crabs to exhibit ’risky behavior,’ and female starlings to become less attractive to males (who in turn sing less).”

How Much More of a Rude Awakening Do We Need?

When human beings use drugs, those drugs end up in the water supply. Whether unused drugs are flushed down the toilet, or whether drug chemicals are expelled into wastewater via urine, or whether there is a pharmaceutical plant nearby that is pumping opioid-contaminated refuse into the air, landfill, or water, the mere existence and use of drugs result in drugs entering the water supply. And as we can see from Seattle, the U.K., and Rebecca Giggs’s opinion piece, such contamination has far-reaching consequences on the environment.

Furthermore, such contamination has far-reaching consequences on those of us who don’t use drugs as well. Humans eat seafood, and if that seafood is contaminated with drugs, we are putting those substances into our bodies as well.

While my discussion thus far does have environmental connotations and while the implications of drug contaminants on marine life are undoubtedly huge, I think it’s important to learn another lesson from these news stories. The lesson here is that we have reached a new level of severity and danger in our society when drug use is so pervasive in our culture that the plants and animals of our water systems are being affected by the drugs that we use.

This is huge. Rewind the clock even just two decades, and we would never have heard stories of drug residues being found in marine life, and we possessed the technology to look for it back then too! This particular aspect, the environmental factor of drug use, is absolutely a new problem.

We have to curb drug use in the U.S. Those who are addicted to drugs need to be helped into residential drug and alcohol addiction treatment centers so they can receive the help they need to get off of drugs, permanently.

Doctors need to considerably reduce the frequency with which they prescribe opioid pharmaceuticals. We don’t need massive quantities of highly addictive painkillers filtering through our societies and our waterways.

We have reached a point where the drug use of man no longer only affects man. This is a health issue. It is a socioeconomic issue. It is a community, family, and personal issue. And now, it is an environmental issue. How much more of a rude awakening do we need? 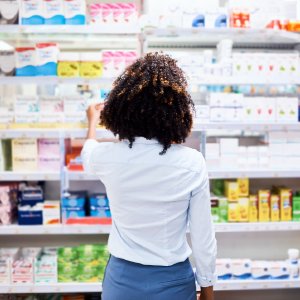 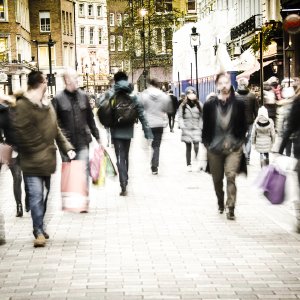