Opiate addiction has spread worldwide, especially since pharma companies began to heavily advocate pharmaceutical pain relievers in the last three decades. According to recent research, UK residents are using prescription opioids at increasing rates. Has the pharma push given rise to the spikes in opiate addiction? What is the impact of the escalating use of pharmaceutical pain relievers in the UK?

Unfortunately, the UK has not been recording addiction statistics or monitoring its opiate problem closely enough for accurate analysis. Still, there has been enough of a stir that public health officials released a Naloxone program across all UK countries, indicating concern that the region is facing an opioid addiction epidemic.

The Scope of Opioid Addiction in the UK

The opioid addiction problem in the UK does not receive much mainstream media attention, but there is a growing problem. According to one survey, about 7.5 percent of England and Wales residents ages 16 to 59 experimented with opioid pain relievers that were not prescribed for them within the year leading up to the survey. Most of these individuals reported that they took the pain relievers for pain-related purposes, but not all of them. Some honestly reported that they took the painkillers to get high.

Furthermore, the overall use of pharmaceutical opioids in England, Wales and Scotland is rising, with millions of UK residents taking these drugs without having prescriptions. Mass consumption of opioids without medical oversight is a recipe for addiction, possibly even a full-blown opiate epidemic in the UK.

Adding to the situation, is the fact that most medical professionals in the UK do not seem to know how bad the addiction crisis is. Quoting Roz Gittins, a specialist at Addaction, a drug and alcohol treatment charity, “It is difficult to establish how common diversion is, mostly because it’s difficult to monitor. The numbers of people seeking treatment for problems with prescription only and over-the counter [OTC] medications are probably increasing, but it may also be that we’re becoming more aware of the problem and improving how we engage people in treatment services. We definitely need more research.”

The “innocent ignorance” factor makes the UK opioid problem especially worrisome. Addiction statistics are not reported nearly as much as in other developed countries, and research is lacking. Again from Mrs. Gittins, “Raising awareness, including among healthcare professionals, such as the prescribers who write the prescriptions and pharmacy staff who dispense the medicines, should be a priority. There simply is not enough information, advice and support for those addicted to prescribed or OTC medications.”

Opioid overdose deaths are reported on in the UK, however, and they are increasing. For example, according to the World Health Organization, the UK reported only one death from the synthetic opioid painkiller Tramadol in 1996, but it reported 240 such deaths in 2014. Since 2014, Tramadol deaths have decreased in the region, but not by much.

Another source, a research paper published in the British Journal of Clinical Pharmacology, reports similar findings. There is an incipient increase in opioid-related deaths in the UK, a concerning fact that public health experts should be made aware of. Quoting study authors Giraudon, Lowitz, Dargan, Wood, and Dart, “In Scotland, methadone-related deaths increased from 71 in 2001 to 275 in 2011, and they currently represent over half of all reported opioid-related deaths. Tramadol presents interesting data in the UK; in 1996, England and Wales reported one death with the drug mentioned, but by 2011 there were 154 deaths. In Scotland, tramadol-related deaths increased from eight in 2001 to 34 deaths in 2011.”

The Need for Accurate Reporting

Despite the inadequacies of statistical accounting of opioid drug addiction in the UK, the stats that are available indicate a problem of sufficient magnitude to merit further investigation- thus solutions can be implemented before the problem gets out of hand. It is interesting to note that according to the periodical, The Conversation there has been a 27% reduction in the drug treatment budget in the UK over the last 4 years. Hopefully and sooner than later, an accurate accounting and reporting of the opiate abuse situation in the UK can lead to public understanding, which can lead to workable solutions.

Drug Treatment is the Answer to Addiction

UK residents are not immune from the harmful nature of addiction, as documented. Drug addiction is a crippling affliction, no matter where in the world addicts reside. Thankfully, residential drug and alcohol addiction treatment centers exist as viable solutions in recovering addicts’ efforts to break away from substance abuse and seek a life of freedom from drugs.

One of the critical aspects of addiction is that, as the term "addiction" implies, it is a personal crisis that addicts cannot break free from on their own. They will require help in overcoming addiction, even most of those that think they may be able to get off drugs on their own.

Trying to overcome addiction on one’s own rarely works and is even dangerous under many circumstances. The Narconon drug rehabilitation program offers a world-renowned and successful methodology for overcoming addiction. This program has been in use for over half-a-century, and there is nothing else like it on Earth. Some of what the Narconon program helps recovering addicts accomplish includes: 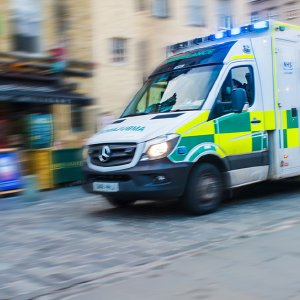 In the wake of the ongoing opioid addiction and overdose epidemic, the Centers for Disease Control and Prevention published conservative prescribing guidelines for U.S. doctors to follow. And while there have been some welcome reductions in prescribing as a result, physicians should go a step further and offer patients alternatives to addictive pain meds. 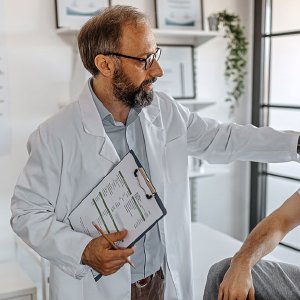