Treatment, Not Incarceration, Is the Solution to Drug Addiction

The United States differs from other wealthy nations in that we prefer to incarcerate drug addicts rather than provide effective long term treatment for their addictions. Take a cursory glance at the Federal Bureau of Prisons’ statistics on rates of incarceration for different types of crime. Drug crimes skyrocket above all other crimes on the chart.

In recent news, the federal government is making some progress towards reducing drug possession sentencing and installing some fairness into the incarceration system, but there is still a long way to go in order to make a real improvement in the current system.

The First Step Act—Moving towards Better Treatment of Drug Offenders

The New York Times featured an editorial in their June 11, 2019 edition, an editorial titled, “At Long Last, a Measure of Justice for Some Drug Offenders.” The article focused on the recent enforcement of the First Step Act, a bipartisan reform bill designed to correct injustices in the criminal justice system, mainly where it came to racial disparity in drug offender sentencing.

The First Step Act was signed into law in December of 2018, and since then about 1,000 inmates have received reduced sentencing for crimes relating to the possession of crack cocaine. That is a good sign, but only if it is immediately followed up with those inmates receiving qualified addiction treatment. If they were caught possessing crack cocaine, they were likely using it, and if they were using it, they need to address the reasons why they were using crack cocaine in the first place. If they don’t, they’ll get out of jail and likely go right back to using the drug.

Let’s look at that more closely. Up until recently, federal law mandated that the possession of 50 grams of crack cocaine (not a large amount of crack, think a small candy bar size) would net an offender ten years in prison. But for powdered cocaine, one would have to be caught with 5,000 grams of the stuff (think a briefcase full) to get a ten-year sentence. Why the disparity? They are almost the same drug, just processed differently.

The difference was that crack cocaine was predominantly used by African Americans, and powdered cocaine was mainly used by whites.

The First Step Act seeks to repeal the 1970s crack laws and it aims to bring fairness in sentencing to those convicted of crack cocaine possession. This is good. All of this is movement in the right direction. I think we can all agree that equality is always a good thing.

But as mentioned earlier, reducing sentencing for drug offenders is all fine and good, but only if it is immediately followed up with supplying those offenders with treatment. If we don’t create an environment for drug offenders in which they can receive proper addiction treatment in a residential setting, if we turn them loose and put them on the streets once again, they are likely to go right back to using drugs.

Addiction Treatment Is the Correct Approach for Drug Offenders

Even with the preliminary success of the First Step Act and the correct approaches that it aims to create in the criminal justice system, there is one area where this bill is severely missing the mark. Drug offenders rarely have access to any real addiction treatment services—and that is a huge mistake.

When someone commits a drug-related crime, whether it is dealing drugs, using drugs, stealing to get access to drugs, robbing a business to get money for drugs, getting caught transporting drugs, all of these crimes relate back to the person’s reliance on drugs. A lot of people believe that drug offenders are not themselves drug users. That erroneous concept is disproven simply by examining the sheer number of inmates who struggle with addiction. Most of the inmates who struggle with addiction are also inmates who are serving sentences for drug-related offenses.

According to the Center for Prisoner Health and Human Rights:

So the fact that the prison system, the criminal justice system, and the First Step Act don’t seek to offer treatment services to drug offenders is a considerable flaw.

Help Addicts Get Better through Treatment, Not Jail

We need to ensure that addicts are treated. That has to be the priority. If a drug user has also committed a violent crime and is a danger to himself and others, then incarceration might also be the right solution for that individual in addition to treatment. But to send an addict to jail who’s only crime is the possession of the drug he’s addicted to and then not treat him for his addiction is entirely foolish. Addicts need rehab, and a jail cell is no rehab.

If you know someone who is struggling with an addiction, do your best to get them help before they fall into the criminal justice system. And don’t put it off or waste time on this. It’s only a matter of time before drug and alcohol addiction leads to trouble with the law. If you can intervene and get your loved one into treatment before that happens, there’s a good chance that a criminal sentence can be avoided. But even if your loved one does get in trouble with the law, don’t let that stop you. Keep doing your best to get your family member or friend into a residential treatment center. It’s the only program and environment that will help guide them out of their crisis.

A Solution to Drug Addiction Crack Crack vs. Cocaine Different Approach disease you can go to jail for Incarceration Narconon Approach The Crack Law
AUTHOR 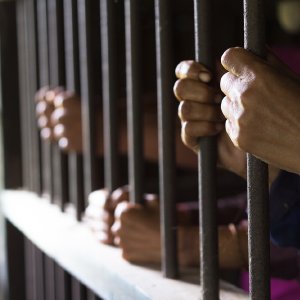 The American incarceration system earns a fair amount of criticism amongst Americans and foreigners alike. And there’s some good reasons for that. For one thing, the U.S. incarcerates its citizens at a rate exceeding all other countries in the world. 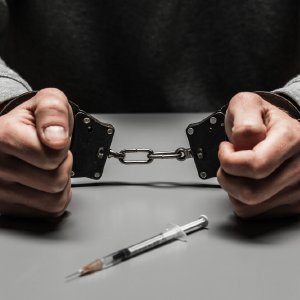