The recent 50th anniversary of the War on Drugs marked a half-century of failed policy, broken lives, and a war continuously fought but never won.

Why did the War on Drugs fail?

The War on Drugs failed in part because it targeted the wrong enemy. Drug abuse and addiction would be correct targets, but instead, we punished the people who had fallen prey to drug abuse. America should have spent the last fifty years helping its people find healthier, more effective ways of overcoming addiction and dealing with the problems they sought to drown out with drugs. America should have treated drug addicts, not incarcerated them.

Thankfully, it’s not too late to change our course.

On June 1st, 1971, just over fifty years ago, President Richard Nixon declared war on drugs, declaring drug abuse to be “public enemy number one.” Though his arsenal of weapons for this “war” included funding for drug treatment efforts, dramatic increases in the size and presence of federal drug control agencies were more evident. The Nixon Administration also pushed through measures like mandatory sentencing and no-knock warrants.

Little was done to shift the U.S. away from a punitive stance towards people with drug problems. The decades following the Nixon Administration saw a stark increase in federal war-on-drugs efforts and criminal punishment taking rank over treatment. The 80s marked the start of massive increases in incarceration for non-violent drug offenders. The number of people behind bars for non-violent drug law offenses soared (the crimes were usually possession of drugs for personal use). In 1980, there were 50,000 Americans locked up for non-violent drug crimes. By 1997, that number had soared to 400,000.

Throughout the 1990s and into the 2000s, the “war on drugs” dragged on, marked by high casualties and few victories. The Clinton Administration refused to eliminate the disparity between crack cocaine possession and powder cocaine possession sentences. This Reagan Administration policy saw African Americans jailed for much longer sentences due to crack cocaine crimes than white Americans detained for shorter sentences for powdered cocaine crimes.

It wasn’t only that American political administrations decided to criminalize drug users. Those efforts were part of a more extensive campaign. Thanks to mass media efforts and one of the most effective PR campaigns to date, there was a brief period where the American people supported the War on Drugs. Quoting the Drug Policy Alliance, “In 1985, the proportion of Americans polled who saw drug abuse as the nation’s ’number one problem’ was just 2–6 percent. The figure grew through the remainder of the 1980s until, in September 1989, it reached a remarkable 64 percent – one of the most intense fixations by the American public on any issue in polling history. Within less than a year, however, the figure plummeted to less than 10 percent, as the media lost interest.” And that trend continued. Into the 1990s and accelerating into the 2000s, Americans have increasingly turned away from an incarceration approach to drug addicts, insisting instead that addicts receive treatment, not penalization.

Despite the many dehumanizing, racist and classist aspects of the War on Drugs, a neutral observer may have been able to conjure up support for some parts of the drug war policies had they at least been effective. But here’s the point: the War on Drugs failed despite increased funding and incarceration efforts under nine U.S. presidents (and their Administrations, Drug Czars, Justice Departments, and Congressional bodies) in the past half-century. Or, to put it in war-time vernacular – we lost the war. As evidenced by statistics, the American government’s salvo of money and resources into Drug War policies and programs fell far from the target.

Overdose rates have continued to climb, too. According to the Commonwealth Fund, “The final 2020 total in the United States could exceed 90,000 overdose deaths, compared to 70,630 in 2019. That would not only be the highest annual number on record but the largest single-year percentage increase in the past 20 years.”

“Putting more drug-law violators behind bars for longer periods of time has generated enormous costs for taxpayers, but it has not yielded a convincing public safety return on those investments…”

In summary, more imprisonment does not reduce drug problems. Quoting the Pew Charitable Trusts organization in their detailed analysis of how imprisonment has affected public health issues, drug use, and tax dollar appropriation on the state level, “Putting more drug-law violators behind bars for longer periods of time has generated enormous costs for taxpayers, but it has not yielded a convincing public safety return on those investments. Instead, more imprisonment for drug offenders has meant limited funds are siphoned away from programs, practices, and policies that have been proved to reduce drug use and crime.”

The Responsibility of Addicts

Though the failure of the War on Drugs warrants scrutiny and criticism, the responsibility to improve conditions regarding addiction ultimately lies on the shoulders of the addicted. Do they need help and access to supportive, kind, and caring treatment resources? Yes, of course. Is it their responsibility to reach out and take advantage of that help? Also, yes, but with our support.

Addiction treatment is the answer to eliminating America’s drug problem. Fifty years of a “war” that attacked addiction in America with criminalization and incarceration has not worked. It’s time to help addicts address drug addiction as a health problem, a spiritual crisis, and a personal affliction, not a criminal inclination.

But the addicts themselves must reach for this treatment. Forced treatment or “making” addicts get help does not work. Addicts are not victims. They have a responsibility. It’s up to the addict to commit to a better life for themselves and their loved ones and to take responsibility to seek treatment at a qualified drug and alcohol addiction treatment center.

Addiction Treatment – The Effective Way to Get Off Drugs

If you know someone addicted to drugs and alcohol, make sure they get help as soon as possible. Don’t let them fall into the many traps and pitfalls awaiting them, including the criminal justice system and a dark future of incarceration and reduced opportunities.

Treatment is the answer to drug addiction. Quoting Dr. Nora Volkow, the director of the National Institute on Drug Abuse, “People with substance use disorders need treatment, not punishment, and drug use disorders should be approached with a demand for high-quality care and with compassion for those affected.” Don’t let addiction be the end of the line for you or someone you care about. Please get help today.

Addiction and Crime Addiction Treatment Decriminalization disease you can go to jail for Dr. Nora Volkow Jail vs. Rehab War on Drugs
AUTHOR 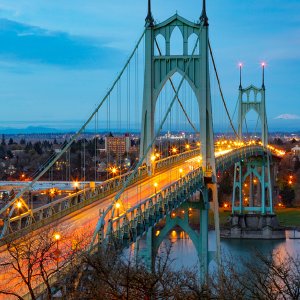