The Drugs Most Likely to Appear in an Overdose

If there is one thing that we can be absolutely certain of when it comes to drug and alcohol addiction in the United States, it is that we are far worse off with this problem than we were twenty years ago. Drug abuse and alcohol misuse are both health issues and societal concerns that have grown significantly since the turn-of-the-century. What is truly distressing about these types of problems is that, no matter what we as a nation or as a unified people or even just as families try to do to reduce the problem, it only seems to grow.

The Most Lethal Drugs in Use in the United States Today

Listed below are the top, most lethal drugs that Americans are experimenting with now. Parents should note them down, they should do further research on them, and they should educate their kids, their family members, and their loved ones about them. From a perspective of priority, the following drugs are the ones that we need to address first:

These are just the top three most addictive drugs in the United States. There are dozens more that are also extremely addictive and life-threatening. People should absolutely stay away from drugs at whatever cost, and if they do fall prey to the drug habit, they need to enter into a drug and alcohol addiction treatment center and seek help there.

When we hear about the opioid problem, we always hear the same old story from the medical experts, talking about, “Getting the prescription just right” about, “Using ’tamper-resistant’ painkillers” about, “Ensuring patients are not doctor-shopping” etc. It’s the same old story, repeated over and over again until we’re all tired of hearing it.

What about a completely different approach to reducing overdoses on opioids? What about taking a step in an entirely different direction? Listed below are two totally unique methods we could start implementing today that would guarantee a reduction in opioid overdose deaths:

The American people have been successfully convinced that we “need” opioid painkillers to help us with our pain. However, we really do not need these drugs that much. In fact, the majority of pain phenomena that opioids are prescribed for are back pain, headaches, and teeth/jaw pain. However, high-strength painkillers that cause millions to become addicted and thousands to die from overdoses annually are not even intended to address such pain phenomena! We need real solutions to pain, solutions that not only remedy the pain but which also do not pose such extreme risk for addiction and dependence in tandem. If we can direct our nation’s pain patients away from a reliance on opioid pharmaceuticals and towards, instead, a use of natural and holistic alternatives to pain relievers, we will be far better off.

How is it that the United States has one of the most advanced medical systems in the country, yet also one of the highest overdose rates per capita? And why are so many Americans turning to drugs and alcohol, to begin with? In truth, Americans do not have the best quality of living or happiness ranking, especially when we consider all the other areas that the U.S. excels at. In fact, the U.S. barely scores in the top twenty list for life expectancy, and the nation is barely in the top fifty for overall happiness ranking. The U.S. puts far too much attention on economic growth, on getting a bigger paycheck, on cars, houses, private schools, and lower taxes, and the nation puts less attention on health, happiness, free time, quality of living, etc. We need to change this just by pursuing alternatives to opioid pain relievers and just by creating a better social health condition in the United States in general (which we should be doing anyway), we would dramatically reduce the numbers of Americans who die from opioid drug overdoses every year

In the words of Acting Director of the Centers for Disease Control and Prevention, Dr. Anne Schuchat:

“It took us twenty years to get into this bad of a condition with the opioid epidemic. We are not going to come out of it overnight.”

“It took us twenty years to get into this bad of a condition with the opioid epidemic. We are not going to come out of it overnight.”

Those words are certainly true. It is going to be some time before we fully free our nation from the opioid epidemic that we are stricken in. But we have to start somewhere. 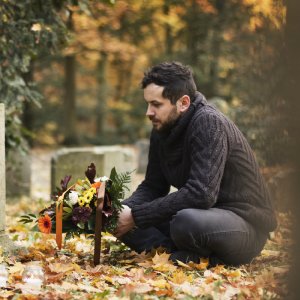