We often ask questions such as, “Why has the U.S. drug problem been going on for so long?” We might look for the answer in the fact that nearly every year we are exposed to a new drug (or two or three). It’s been quite challenging to get the upper hand on the addiction crisis when new substances come on the market and take us all by surprise. And when these new substances are far more addictive and deadly than their predecessors, that just makes the situation even more difficult.

Case in point: a “super opioid” by the name of carfentanil has made a few appearances on the American drug scene.

Another opioid drug? Yes, unfortunately so. And while carfentanil has not yet “taken off” as other opioid analogs have, the drug scene has gotten a taste for this substance. If we are not careful, the misuse of this drug could take off.

That would be seriously unfortunate, as carfentanil is an extremely potent drug.

The Chemistry behind Carfentanil

Let’s define carfentanil. First of all, carfentanil is not a “new” drug per se. It may be new on the recreational drug-use scene, but this substance was first synthesized in 1974 by a team of chemists at Janssen Pharmaceuticals. Carfentanil is the most potent opioid marketed commercially.

Because of strict laws preventing the manufacture of carfentanil for human consumption, it is more difficult for drug dealers, traffickers, and users to get their hands on this substance. And that’s a good thing because carfentanil is exceptionally lethal.

Relatively few carfentanil deaths have occurred in the U.S., but they have occurred. And that's concerning because sometimes all it takes for a drug to “kick-off,” one could say, in popularity among the drug-using population is for a group of users to get a taste for that drug. Then interest in the substance spreads, and before we know it, we have another epidemic on our hands. That happened with fentanyl a few years ago (and is still happening to this day) and it could happen with carfentanil.

“Carfentanil, the most potent fentanyl analog detected in the United States, is intended for sedation of large animals and is estimated to have 10,000 times the potency of morphine.”

Quoting an article published in Medscape: “Carfentanil, the most potent fentanyl analog detected in the United States, is intended for sedation of large animals and is estimated to have 10,000 times the potency of morphine. It has recently been reported in an alarming number of deaths in some states. Ohio reported nearly 400 carfentanil-involved deaths during July–December 2016, and Florida reported 500 such deaths for all of 2016.”

Interest in the drug has been piqued. Now we have to work hard to ensure this drug does not become the next drug of choice for opioid users.

Carfentanil in the News

Ohio has been one of the states most affected by the opioid epidemic. Every year, Ohio loses thousands of its residents to opioid overdose deaths. According to the National Institute on Drug Abuse, 2017 ended with Ohio having the second-highest rate of drug overdose deaths involving opioids. In 2017, exactly 4,293 people died in this state from opioid overdoses.

Ohio is no stranger to opioid addiction, particularly when it comes to synthetic opioids. So, when a Cuyahoga County medical examiner issues a warning regarding carfentanil, that’s a warning we should be listening very intently to.

According to the medical report, Cuyahoga County has seen a significant increase in seized carfentanil powder and tablets. This increase occurred primarily in the first month of 2019. The warning comes on the heels of the same medical office’s 2018 report that indicated that 24 people died in Cuyahoga County from carfentanil-related causes.

According to Dr. Thomas Gilson, the Cuyahoga County Medical Examiner and the author of the report, “The re-appearance of carfentanil in the local illicit drug supply is alarming. This is a very lethal drug, and anyone using illicit or diverted drugs needs to be aware of the possibility of being exposed to it.”

What Can You Do to Prevent Carfentanil Misuse in Your Home and Community?

It’s a little worrying to see news reports, NIDA data, Medscape reports, and medical warnings being issued on carfentanil. Remember, we’re talking about a drug that is 100 times more potent than fentanyl.

We can take solace in the fact that carfentanil has not yet taken off in the U.S. However, we should also be taking direct action to prevent that exact occurrence from coming about.

Combatting the drug problem starts with raising awareness of the drug problem and getting people educated about it. One of the big problems with drug addiction in the U.S. is that the drug issue is so taboo that we often don’t even talk about it. And that’s harming us because when we don’t talk about drugs, and we don’t get people educated about drugs, people are more likely to get peer pressured into experimenting with drugs.

Education might be the first step, but it is not the only step. Another way to prevent carfentanil from making its way into your community is to help those who are addicted to drugs in your community to get off of drugs. If a loved one of yours is addicted to drugs, your task becomes one of doing everything you can to get them into a residential drug treatment center as soon as possible. Such efforts afford the best future for your loved one. And such efforts immediately improve your community too.

What We Can Learn from the Overdose Capital of the U.S.

I saw a headline yesterday that read “City with the Most Per Capita Overdose Deaths in the Nation Begins to Recover.” It caught my eye. 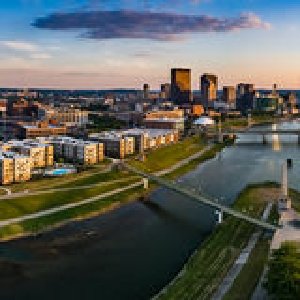