What We Can Learn from the Overdose Capital of the U.S.

I saw a headline yesterday that read “City with the Most Per Capita Overdose Deaths in the Nation Begins to Recover.” It caught my eye. I imagined a small rural town in West Virginia or perhaps Pennsylvania, someplace where a significant surge in drug-related death rates would be enough to tip per capita death scales high enough to earn a first place ranking. I was therefore surprised to see that the city with the most drug overdose deaths in the United States was Dayton, Ohio.

Dayton is a well-known city. It was the birthplace of Wilbur and Orville Wright. It was the birthplace of funk music. 26 colleges are within commuting distance. And it was a town I had traveled to before. I knew Ohio had a severe drug problem, but I would never have guessed that such a large and prosperous Ohio city would be number one in the entire nation for drug overdose deaths.

A Dayton Exposed to Overdose Death

An article in Dayton Daily News estimates that the city has lost 12,210 years of potential life due to the city’s fatal overdose problem. The town experienced an epidemic of opioid addiction through most of the 2010s. While most cities experience quite a bit of diversity in who is affected by drugs, the crisis in Dayton seemed to focus mostly on younger people. Every time a Dayton resident died from drugs, decades of potential life were lost.

In that period in Dayton, the death rate actually fell for people over the age of 65, which meant that the elderly were living longer in Dayton. But for those between the ages of 15 and 64, the death rate increased. Thus, more people were dying before their time.

Health experts quoted in the Dayton Daily News commented on the need for strategies to prevent others from becoming addicted to opioids in Dayton. And there definitely is a need for that. However, the drug problem in this city is never going to go away down until the city makes a concerted effort at treating those in the town and the surrounding areas who are currently addicted to drugs.

Changes Dayton Has Made to Reverse the Tide of Overdose Deaths

But I can understand the mad scramble to save lives. In May of 2017, when many Dayton health experts believe the overdose problem hit “peak” levels, Montgomery County lost 81 people to drug overdoses in a single month. That number was more than half the usual total overdose deaths for an entire year.

City officials say that the primary factors that led to the reduction in overdose deaths were the increased distribution of naloxone, the life-saving overdose reversal drug, coupled with increased efforts from law enforcement to crack down on fentanyl distribution (the real killer that was causing most of the loss of life in Dayton).

Local authorities also report that churches, government agencies, non-profits, and grassroots efforts surged to prevent the death toll. They filled the gaps where public servants were being overwhelmed. They offered safe housing for addicts seeking treatment, and they did their best to disburse naloxone throughout the citizenry.

Other reports indicate that the addicts changed, too, seeing the deaths of many of their friends from the use of fentanyl, carfentanil, and other synthetic opioids. For fear of their own lives, many drug users in Dayton switched to other drugs that were less lethal. They were still addicted to drugs, but the odds of them dying from drugs dropped slightly. At least for now.

It’s not Just About the Overdose Deaths

Even though Dayton seems to be on the mend, and though the overdose death rate is receding, times are still hard in Dayton. Hundreds of residents are still addicted to drugs.

This is a stark reminder that overdose deaths are not the only measure of a drug problem. Dayton is still dealing with the fallout from its opioid epidemic, i.e., children in foster care, thousands of shattered relationships, grieving families, beleaguered law enforcement, exhausted first responders, and a depleted workforce. Fewer people are dying from drug overdoses in Dayton, but the drug problem is still very much alive there.

What lesson does this teach? For me, it acts as a reminder that we can’t just stem the tide of overdose deaths and hope to solve the drug problem. They are not one and the same. We might make significant progress towards curbing overdoses by distributing naloxone, by creating crisis plans and damage control programs, by educating law enforcement, first responders, and even local citizens in how to save an addict’s life, and so on.

But an addict who is saved from a fatal overdose is still an addict. They still need to be helped with addiction treatment. If we don’t transfer those saved from overdoses immediately into some form of residential treatment, we’ll likely be responding to the same individual again—only the next time we might not be so lucky in saving them in time.

I’m impressed with the progress that Dayton made in reducing their epidemic of overdose deaths. But the city’s drug problem is far from over. And the same is true for the rest of the United States. We have to address the full issue of addiction, and we have to help people to break free from their habits for good. That is the only way to curb this crisis effectively and to really help people. 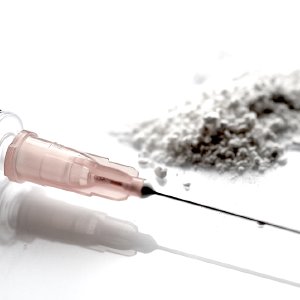