Teen Drinking and How to
Prevent It

No parent wants to find out that their teen has a drinking problem. Parents want the best for their kids. Parents want their kids to have healthy and rewarding lifestyles, to do well in school and in activities of their own choosing, and to experience adolescence and young adulthood in a way that sets them up for a rewarding and pleasant adult life. But teen drinking throws a monkey wrench into the best-laid plans of parents unless parents know how to address this issue.

Most parents simply do their best to do right by their children, trying to raise them with good morals and good integrity and to be and do the best that their kids can. When our sons and daughters fall prey to alcohol problems at a young age, however, most parents simply attribute that to bad luck. But there’s a lot more going on here than just that.

Teen Drinking—How Prevalent is This?

First, let’s examine how common adolescent drinking is in our society to get the full extent of this problem. According to the National Institute on Alcohol Abuse and Alcoholism:

You may be wondering, “Yes, but what is the actual prevalence of teen drinking as compared to teens who don’t drink?” A fair point. According to the United States Census Bureau, there are about forty-seven million teens in the U.S. That means that about one in five teens are binge drinking at least once a month, and about three percent of all teens are binge drinking at least five times a month. Who would want to take the risk that their own son or daughter could be a part of those statistics?

In case anyone is wondering why is this something to be so worried about, let’s take a look at the two, key risks that teens bring into their own lives when they consume alcohol. These are:

A) When a teen experiments with alcohol, they are creating a risk to their health and well-being in that exact moment of drinking. It is immediate risk-taking.

B) When a teen experiments with alcohol regularly, they are planting the seed of substance abuse at a very young, impressionable age. This creates a greater likelihood that they will grow up to have a drug or alcohol problem. It is creating a future risk by drinking in the present.

When teens consume alcohol, they are more prone to poor judgment and less analytical function. They are more likely to make bad decisions, to take risks, to become aggressive or violent, to engage in risky sexual activities, to drive an automobile while under the influence, to take physical risks to “prove themselves,” etc. Parents should be concerned about their teens consuming alcohol simply because it poses an immediate, real risk to their health and well being.

And even if teens do get off without harming themselves or others as a result of their drinking, they set the stage for bigger problems later on down the line. One can understand, logically, that the more teens expose themselves to addictive substances and illegal activities in their youth, the greater the odds are that they will become addicted to those substances as an adult. Teens not only create risk in the present when they consume alcohol, but they automatically place themselves on a path that will not end well.

What Parents Can Do to Prevent Teen Drinking

In spite of all of the bad news, parents can and should do everything within their power to prevent teens from experimenting with alcohol, to begin with.

Unfortunately, there is a treatment gap in helping teens looks who meet the criteria for alcohol dependence or alcohol addiction. According to the National Institute on Alcohol Abuse and Alcoholism, as much as 1.3 to 1.4 million teens are hooked on alcohol, but only about a quarter of those will get the help that they need in any given year. And by the time those quarter million are helped, another quarter million teens will have fallen prey to a drinking habit. The problem just never seems to end, and so it would be far better for American families if alcohol abuse among the family’s teens never began in the first place.

Thankfully, parents have the tools and the abilities at their very fingertips to prevent teens from falling prey to a drinking habit, to begin with. Parents can and should communicate with their kids about the risks and dangers that are automatically attendant with even just one use of alcohol while underage. Parents should delve into all of the other risk factors that are immediately added on when teens binge drink.

In addition to communicating with their teens, parents should go the extra mile in paying close attention to who their kids are spending time with, the kinds of environments their kids are socializing in, where their kids are putting most of their attention, etc. This will ultimately lead to parents being more connected and involved with their kids, a connection which fosters the positive growth of family relationships and core values.st

Parents can do their part to significantly reduce teen drinking risks within their own homes. They just have to be willing to put in the extra time and commitment to their kids to ensure that their kids are educated on the bigger picture. 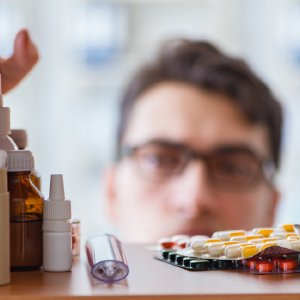