One of the big news items to hit the airwaves recently was Congress's new health agreement. This was a bipartisan event in which both Democrats and Republicans from the Senate and the House of Representatives alike agreed on something. Amazing. This past September, both parties came together and signed off on a six-hundred and fifty-three-page bill, a bill aimed at fighting the addiction crisis in the U.S. But the problem is, the bill will do nothing to actually help addicts. In fact, it is more likely to further the quandary of addiction by supporting unworkable “solutions,” solutions like Medication-Assisted Treatment.

What is Being Proposed

The bill was drafted to tackle the opioid epidemic. That is the short version. So far so good. But the details of this bill and its creation tell a story of how politicians can and will argue about anything. And at the end of the day, they end up with a “solution” that won’t do much of anything.

This particular bill had been worked on over the summer, but the Senate and House of Representatives did not come to an agreement on it until the end of September. Undoubtedly, the Mid-Term elections acted as an added incentive to create bipartisan agreement. But at the same time, the sheer, dire importance of addressing the current addiction crisis also acted as an incentive. Let’s take a look at some of the key problems discussed in the bill, and how the proposed methods of addressing those problems are either correct or are quite erroneous.

Now here is something that politicians struggle with agreeing on constantly. There is a huge treatment gap in this country. It is quite significant. The American Society of Addiction Medicine penned an eye-opening press release on this subject, discussing the addiction treatment gap and how, for as long as the U.S. allows such a gap to persist, we will struggle with addiction problems indefinitely.

According to the American Society of Addiction Medicine (ASAM), only about one out of every ten Americans who struggle with an addiction ever actually receives any formal help in treating that addiction. Clearly, with only ten percent of drug addicts and alcoholics getting the help that they need, our nation does indeed have a terrible treatment gap, and the new, bipartisan bill aims to close that gap.

The bill aims to repeal an older bill that prevented states from spending federal Medicaid dollars on residential addiction treatment centers if those centers had more than sixteen beds. The old, basically archaic bill from 1965 had been preventing individual states from funding large addiction treatment centers. The original bill was perhaps drafted with good intentions and good reason back in 1965, but much has changed in the fifty-three years since then.

That looks good so far, but the bill also shoehorns in clauses left and right on how the “new approach” to treating addicts at the centers mentioned above will need to include medication-assisted treatment, which is really just trading one addiction for another. Whether it’s suboxone or methadone, the bill seeks to “solve” addiction with the easy and cheap route, which is simply to medicate addicts. No wonder why Congress agreed on the bill. Neither side wants to spend the time or money to really solve the addiction crisis that we currently have in this country. This "solution" is just changing the name of the addiction and making it legal.

And It Gets Worse Too…

One of the subsections of the bill contains several pages on how nurse practitioners and physicians will now be permanently allowed to prescribe buprenorphine (suboxone), which is a partial opioid agonist. “Medication-Assisted Treatment” or “MAT” as it is called, is a very popular approach to treating addiction in today’s heavily pharmaceutical-based medical industry. But MAT is a highly controversial and simply wrong approach to tackling addiction. It is also less time consuming than traditional counseling and other drug-free approaches, thus more expensive.

Even the National Alliance of Advocates for Buprenorphine Treatment admit that, in some cases, buprenorphine can be addictive. So why take one drug to address an addiction to another drug, especially when the “solution” drug might have its own adverse side effects too?

The Substance Abuse and Mental Health Services Administration also commented on the potentially addictive nature of buprenorphine, saying that “Buprenorphine is an opioid partial agonist. This means that, like opioids, it produces effects such as euphoria or respiratory depression.”

So buprenorphine might be the lesser of two evils, but why is the bipartisan bill still supporting it? Why not fully support residential addiction treatment centers or other, non-addictive and non-medication-based solutions for getting off of drugs and alcohol?

Other MAT approaches include increasing funding for the disbursement of methadone to the public. Methadone is a full opioid agonist, meaning that it has all of the same addictive properties as any opioid painkiller does.

Unfortunately, the proposed bill strongly supports medication-assisted therapy, and that is a big mistake.

Cracking Down on “Mail Order Drugs”

One positive strategy that this bill is taking lies in its efforts to crack down on the trafficking of illicit opioids into the U.S. by mail. This section of the bill was strongly supported and even pushed forward by Senator Rob Portman of Ohio. Ohio has been one of the states most severely affected by the opioid crisis.

The new bill will require the United States Postal Service to collect information on international mailings. Fed Ex and DHL already do this, and now it is time for the USPS to do the same. By the end of 2020, the USPS is expected to provide the name and address of the sender, the contents of the package, and other necessary info on all international packages mailed into the United States.

One of the crucial approaches to addressing the opioid epidemic that many feel are missing from this new bill is simply more effort. Top authorities on the addiction epidemic and other, bleeding heart politicians have commented on a resounding lack of high-levels of effort, even in this bill, that shows that the Senate and House alike are not granting the credence to the opioid epidemic that this problem now warrants.

Keith Humphreys, Stanford professor and advisor to the bill, compared the bill to other efforts that the federal government has taken in the past to tackle health problems that were of similar orders of magnitude as this one. He said that “Compared to how we responded to AIDS, it’s a failure. The Republicans didn’t want to spend, so they agreed on every second-tier issue they could.”

At the end of the day, it’s just not enough. The bill shows that Congress’s only willingness here is to throw money at pharmaceutical giants and say, “Here’s some money, make drugs that will cure addicts.” Our politicians still have not realized just what degree of action needs to be taken to get a handle on this growing problem. We have to help addicts with rehabilitation programs and treatment centers. That’s the only way we can win this. 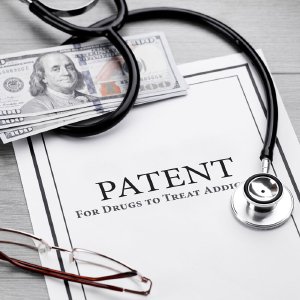 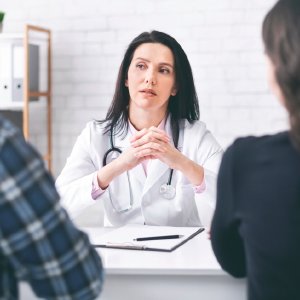