In 1988, I visited New York City for the first time. As I left the bus terminal on 41st Street, the first thing I saw was a thin young woman sitting on a railing, nodding off. I stared at her, dumbfounded. Why was she nodding off? Why wasn’t anyone paying attention or helping her? At that time, I had no idea I was looking at the effects of heroin use, right out in the open. These days, I’d know exactly what I was looking at.

For many years, the image of an urban addict nodding off on a grimy city street matched the one most Americans had of addiction—especially heroin addiction. That image has gone through a dramatic change in the last decade or so, as medium and small towns and suburbs have become the sites of thousands of overdoses. Now, a new report from the Centers for Disease Control and Prevention reveals that rural areas are no longer safe havens from the dangers of drug abuse or overdose death. That’s because the rate of drug overdose deaths in rural areas has just surpassed the rate in cities.

Never before has the rural rate of loss from drug overdose exceeded that of the city. The loss of any life in any area is tragic and should be mourned. These changing patterns should, however, grab the attention of families living in rural areas and alert them to increase their vigilance and efforts to prevent drug use by loved ones.

Did You Move to the Country to Protect Your Children?

Before this report, moving a growing family to the country may have seemed like a great idea. In the country, you weren’t overwhelmed with hordes of people passing by so you could get to know the people who lived near you. Going to the store or the bank, you’d know your cashiers or tellers and might be on a first-name basis with the manager. A sleazy drug dealer would stand out like a sore thumb and his actions would be obvious to law enforcement.

As distribution methods for heroin dealers have mutated in the last several years, the countryside is no longer that haven sought by so many families. The family farm that has been occupied by generation after generation no longer offers the protection of isolation and familiarity. We are a country where any inhabited area is amply supplied with an array of illicit drugs.

Analysis of drug overdose patterns gives us one way to analyze changing trends so warnings can be issued. Maybe rural families have felt like drug abuse, addiction or an overdose were problems that would never touch their lives. Rural families should be making an abrupt change of gears right now to prevent anyone they love from falling victim to these changing trends.

At this point, any family in the U.S. would be very wise to have many conversations with their children. It doesn’t matter where you live—you could be in Downtown Manhattan or on a mountain peak in Colorado. Don’t just talk to your children once and be done with it. Have multiple conversations. Don’t just tell them they will be grounded if they ever use drugs and leave it at that. Educate yourself first and then educate your kids, or study the effects of drugs together. It is more important than ever before that your children see the wisdom to staying drug-free.

Here are some resources that can help you in these conversations with your children. 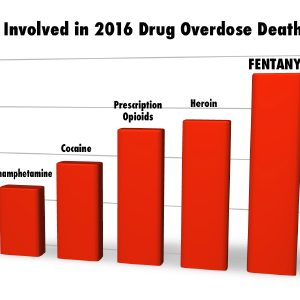