What Every Parent Should Know About College Parties

Going off to college is an emotional roller coaster. Mothers are crying and fathers are making what seems like their best effort to embarrass their child before finally leaving them in a half moved in dorm room. A new wave of freedom and individuality, coupled with a slight sense of sadness and fear lingers for probably an hour before they can really accept that this is it. What is supposed to be the best four years of their life has literally just begun.

College goes hand in hand with a lot of different things; stress, Ramen noodles, bad coffee, empty bank accounts, the list is endless. The biggest thing that college blends seamlessly with, however, is parties. College is a time when most young people experiment with things they would never be able to get away with while under their parent’s roof. Drugs and alcohol being big players on most campuses, it is easy for the line between fun and dangerous to become blurred and the actions a college student takes with regards to drugs and alcohol can dominate the outcome of their life.

A typical college party, in this generation, is a lot more than keg stands and weed. The social acceptability of drugs today is beyond what any parent could possibly imagine. Students are doing every kind of drug you can think of. Three girls are snorting cocaine in the bathroom, while their other sorority sister is throwing up. Two guys are on the balcony pouring whiskey into the mouth of another guy, 2 stories down. Another group is in the stairwell smoking weed laced with a drug they’ve never heard of, but they don’t care. It’s college and it’s "normal” to do these things. They are “just having fun” and “unwinding from the day.” As the semesters move forward, students find themselves lost in the parties they attend.

Addiction is not something that happens overnight and can be tricky to pinpoint. Students don’t have a shot of vodka and immediately feel as though they need to drink the whole bottle to get through the day. It’s especially difficult to see when you’re looking at an entire campus of students who all seem to be doing the exact same thing. Some people will even go as far as to say that drugs and alcohol are a requirement in college, almost like if a person didn’t partake at all, they aren’t really a college student. This is the kind of peer pressure that can lead to an addiction.

The need to fit in and to be a part of the group can outweigh the desire to be productive so dramatically that there may be points when a person would rather have a failing grade than miss out on the party. A moment like this would be a gateway to addiction—when a person is letting their want to drink or do drugs overtake the real reason why they are in college. This decision would then lead to a semester that they would have learned something, had they gone to their English Comp course. This is the slippery slope: a chain of events that generally leads to the worst outcome possible. For a college student, that outcome would be flunking out of college with nothing to show, except for their collection of empty bottles that they have every intention of adding to, now that they have nothing else to lose.

Students in college often don’t put much attention on how their actions and behaviors could be harmful to themselves or to their futures. They feel immortal and think there’s enough time for fixing anything, besides, they’re “in control” of using and drinking and say:

“I can quit anytime; I’m just enjoying myself right now.”

It is obvious to those on the outside when the student’s life skews from college education to the party after class. It is so important to talk to students about the difference between fun experimentation and the beginning of a crippling addiction. The students in universities today are meant to be the future doctors, lawyers, teachers of the coming generations. If we simply sit back and watch them fall victim to addiction, what will become of our society?

Your Loved One Just Relapsed – What Do You Do?

One of the most feared words in the addiction treatment space is the word “relapse.” Relapse carries such a horrible connotation, and many recovering addicts associate “relapse” with “failure.” They should not do this. Relapses DO happen, yes, but there is a straightforward process of addressing relapses and making sure they DON’T happen again. 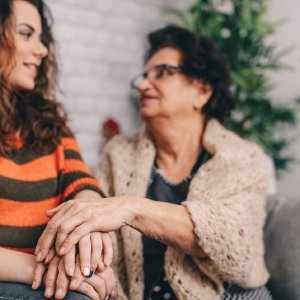 There are Many Definitions of Recovery – Which One is Right for You? 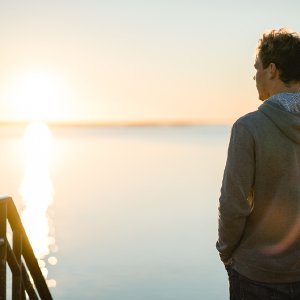