In my ongoing research, I came across Dr. Nora Volkow’s June 27, 2019 blog post at the National Institute on Drug Abuse. Dr. Volkow is the director of NIDA, which itself is a part of the National Institutes of Health. In her post, she wrote extensively about the importance of prevention as being a crucial strategy towards combatting the U.S. drug problem.

In Dr. Volkow’s own words, “Reducing the demand for opioids by addressing the reasons people turn to them and become addicted in the first place is just as vital and fundamental to ensuring that a new drug epidemic does not follow once the opioid crisis is contained.”

Dr. Volkow is talking about investing in a better future that might not come about until after the opioid problem is reduced and eventually eliminated. She’s saying that the opioid crisis is just one epidemic. The worst we've ever had to deal with maybe, but still only one epidemic. Dr. Volkow is indicating that if we don’t make substantial investments in prevention efforts right now, particularly in prevention among our youth, we’re just going to see another drug problem crop up once the opioid crisis has run its course.

Prevention, the Solution In Front of Us

“Abundant research by NIDA-funded investigators over the past few decades has shown that positively altering a child’s life trajectory by reducing various risk factors, strengthening protective factors, and increasing access to resources can reduce or delay later drug use as well as minimize other adverse outcomes like criminality or other mental illness.”

That’s another line from Dr. Volkow’s blog post. We’re talking about a significant health institution taking the line that a substantial investment in simply making kids’ lives better can create an ultimately better future for all of us. No discussion of medicating kids. No suggestion of psychiatric care for kids. Dr. Volkow made the argument that mitigating risk factors in a person’s youth can have the most incredible return on investment that you could ask for, i.e., a brighter future for that person. And we can do all of that for our kids without turning to potentially harmful mental health “solutions” for them, or side effect-inducing pharmaceuticals.

Real Instances of Prevention Efforts That Had Long-Term Benefits

Dr. Volkow went on to talk about instances where prevention efforts were taken, more out of solidarity and community effort than anything else, which then had huge returns on investment in the form of better lives for the youth involved.

For example, in one instance, nurses created a program where nurse volunteers would visit the homes of first-time mothers during first the pregnancy and then during the first two years of the child's life. The nurses would provide advice and guidance to the mothers, helping them with whatever challenges the mothers were facing. When those families were followed up with, many years later, the adolescents from the families visited were found to be in better behavior condition, have better cognitive standing, to be less likely to be using substances, and to have less involvement with the criminal justice system. (This is compared to other adolescents who grew up in the same regional areas but who did not have nurse attendance in their infancy).

In another instance, a family-focused intervention program was delivered to needy families in rural Georgia. In this instance, the aid of others helped to nourish and guide the children of those low-income families. Malnourishment was avoided, maltreatment was prevented, and impoverished living conditions were addressed and remedied. The children from those families grew up to experience similar results as the nurse-visited infants above. Better cognitive and behavioral function, fewer instances of drug use, less exposure to the juvenile justice system, etc.

What is remarkable is that these were communities, groups, and other organized people who cared about the people around them and who saw fit to do something about non-optimum conditions in their areas. These programs were not government-mandated. They did not involve medicating kids or putting them through counseling. These prevention efforts had miraculous results, and they achieved those results by merely creating better living conditions for kids.

Applying Prevention in Our Own Lives by Investing in the Community

It can be challenging to get a group of people on board with a significant effort in the here and now that won't pay off for years or even decades into the future. Remember, America is the land of quick fixes and band-aid approaches. We want instant results and return on investment for our immediate efforts. We don't want to wait for something to pay off in the long run. We want results right now.

And that's how we got a “solution” like short term, quick fix medication-assisted treatment for active drug users (an approach which isn't a solution of any kind, not even a quick-fix solution). Medication-assisted treatment just allows a drug user to continue taking an addictive substance, only this time they're taking a legal one, so it's "okay." A better solution would be to invest in the long-term recovery of that person by helping them into a residential drug and alcohol addiction treatment program, a facility where the individual can address and overcome the various aspects of his or her drug problem.

“Primary prevention of substance use and addiction requires long-term thinking and balancing the short-term costs in money and time against the long-term benefits of a healthier society down the road.”

We must make similar investments in our youth. Again quoting Dr. Volkow, “Part of the problem is that high-quality intervention programs are costly, and communities may be reluctant to invest the needed resources when the payoff may be years or more in the future. However, studies have strikingly shown that many programs more than pay for themselves. Primary prevention of substance use and addiction requires long-term thinking and balancing the short-term costs in money and time against the long-term benefits of a healthier society down the road.”

We need to start making stronger investments in our communities. It's easy enough to pursue one version of the American Dream—the house, the cars, the family, the career, etc.—but what if we zoom the camera lens out just a little bit and view the rest of the community? The neighbor's dream, family, well-being, etc. If we start making investments in our villages, towns, and cities, we will improve our society as a whole. And that is something we all benefit from. 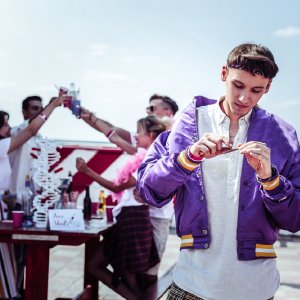 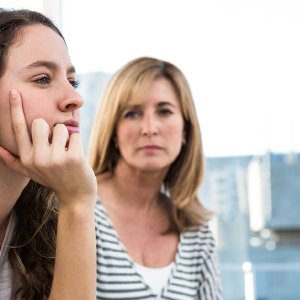