There used to be an accepted idea in the United States that most of America’s drug problems occurred in her cities. This made sense from a logical perspective. Cities were where most Americans lived, where the drug-related crime occurred, the major hubs of drug dealing and trafficking, etc. It’s where drugs and alcohol were most accessible and where peer pressure within urban groups was most likely to occur.

These norms have been upended in the last few years, and rural America is now a hotspot of drug abuse. Not only have drug use statistics increased in virtually all rural counties, but in some states, more people are now dying per capita in rural counties than in urban ones.

From lack of access to healthcare to deindustrialization, a flight of residents to America’s cities, lack of investment in rural counties, and economic travail, health outcomes across several metrics are declining in rural counties. According to Dr. Haider Warraich, a cardiologist and the author of a recent paper examining disparities between rural and urban health outcomes, “It’s hard to disconnect health from other factors in our societies. I think it’s linked to the overall economic outlook of rural America as well, and also, health behaviors that contribute to poor health, such as poor nutrition, lack of exercise, smoking, substance use, etc.”

The research pointed to a stark increase in deaths among rural residents between the ages of 25 and 64 as one of the primary contributing factors to an overall surge in rural death rates. The experts surmised that the spread of the opioid crisis into rural communities was likely a major, contributing factor to the spike in death rates among that age group.

The increase of drug abuse and resulting death rates in rural America is not by chance. The Rural Health Information Hub has a wealth of information that backs up the above-cited study’s thesis statement that rural death rates are increasing and that drug abuse is a big part of that increase. According to RHI, “Rural Americans are a population group that experiences significant health disparities. Health disparities are differences in health status when compared to the population overall, often characterized by indicators such as higher incidence of disease and/or disability, increased mortality rates, lower life expectancies, and higher rates of pain and suffering. Rural risk factors for health disparities include geographic isolation, lower socioeconomic status, higher rates of health risk behaviors, limited access to healthcare specialists and subspecialists, and limited job opportunities.” These factors and more have contributed to the suffering of rural Americans, which set the stage for a surge in drug abuse, addiction to opioid pain medication, and alcohol misuse.

While lack of access to care, limited job opportunities, geographic isolation, lower socioeconomic status, and other factors certainly help set the stage for substance abuse in rural communities, researchers have found that a huge part of the problem is that substance abuse tends to set in much earlier in life in rural America than it does in urban areas. From one study, “Rural youth have higher alcohol use and methamphetamine use than urban youth and the more rural the area, the higher the use. Rural young adults living in rural-large areas have higher rates of substance abuse than their urban peers; those living in the most rural areas have nearly twice the rate of methamphetamine use as urban young adults. Rural youth are more likely than urban youth to have engaged in the high-risk behavior of driving under the influence of alcohol or other illicit drugs.”

Some research suggests that drug use is still not as common in rural communities as in urban communities (meaning fewer people per capita in a rural county are using drugs as in an urban county). From the Centers for Disease Control and Prevention, “Although the percentage of people reporting illicit drug use is less common in rural areas, the effects of use appear to be greater.” But what is especially concerning is that the drug abuse occurring in rural counties seems more likely to result in death than in urban counties. Again, lack of access to healthcare services and other public health support systems plays a role in the rising death rates.

The CDC closely documents causes of death all across the United States. Their researchers published findings analyzing drug-related deaths in rural and urban America, focusing on 1999 through 2015. According to their data, “In 1999, drug overdose death rates for urban areas were higher than in rural areas (6.4 per 100,000 population versus 4.0 per 100,000). The rates converged in 2004, and in 2006 the rural rate began trending higher than the urban rate. In 2015, the most recent year in this analysis, the rural rate of 17.0 per 100,000 remained slightly higher than the urban rate of 16.2 per 100,000.”

One of the biggest problems in addressing drug addiction in rural America is a serious lack of access to treatment. There are effective treatment options for those who struggle with addiction. But as the CDC reported, drug use rates are still higher in urban America than in rural America. Rural Americans are more likely to die from drug use because they do not have the same access to treatment options as those who live in urban communities.

If you know someone struggling with an addiction to drugs and alcohol, please do your best to help them into a drug and alcohol treatment center as soon as possible. Consider helping your loved one travel, if need be, to get treatment.

Karen in Drug use trends 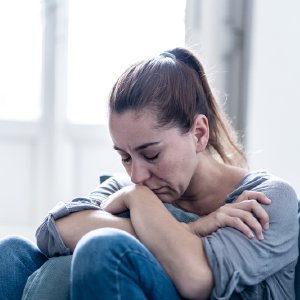 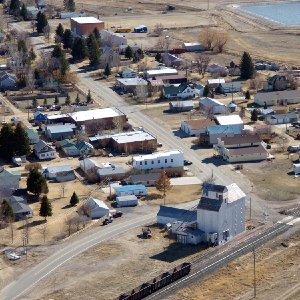