That does not, however, dissuade people from doing just that, smoking, snorting, inhaling, or injecting meth. But they really should not chance it with this drug, a drug that is considered one of the most addictive drugs in the world.

The National Institute on Drug Abuse compiled statistics on methamphetamine use from the National Survey on Drug Use and Health, the Monitoring the Future Survey, and the Drug Abuse Warning Network. This information was tabulated and published on NIDA’s site, giving readers a clear representation of meth use trends across America.

One of the shocking factors regarding methamphetamine is that the average age of methamphetamine use is about nineteen years old. This is absolutely a drug that has become popular among younger demographics, creating risk for young people and ruining lives at very young ages.

The Monitoring the Future Survey also offers information into this equation, publishing at NIDA’s site that about one percent of high school-age Americans have used meth at least once in the past year. This is an increase from five years ago, but a decrease from almost twenty years ago. What this tells us is that meth use peaked in the late 1990s, then fell through the early and mid-2000s. However, meth use is on the rise once again.

Clearly, meth use is a problem. It is not as common or as rampant as some of the other drug abuse issues, at least not yet. And that “not yet” is clearly a concerning factor, too, because meth use could become far more dangerous and prominent very quickly. This is a drug trend to be concerned about.

With these statistics, a good conversation with your teen or even early adult children would seem in order.

What Meth Does to the Human Body

It is not just the statistics that surround meth use that we should be concerned about. It’s also what meth use does to the human body that is particularly concerning. According to the teen section of the National Institute on Drug Abuse, meth use causes a wide range of harmful effects on the human body, including but not limited to:

And this is not even a full list of the dire straits that people who use meth put themselves in. It is just a brief insight into the dangers and very real risks of meth use.

The website database, drugpolicy.org, also made observations on meth’s terrible effects on the body which included: full paranoia, disordered thinking, extreme hallucinations, withdrawal symptoms, severe depression, anxiety, and fearfulness. Thus while meth, as it is used in the United States, is still relatively new, it has not taken long for modern science to discover that meth use leads to some terrible, crippling side effects.

And last but not least, meth appears to almost consume the body of the user. If one were to look at pictures of individuals who had been using meth for some time, their bodies and faces would be a testament to a drug that has taken so much from them, a drug that has pulled so much life and livingness out of them. Meth is the only drug that does this in its own unique way. Meth appears to suck the life out of people, not only spiritually, but physically too.

What it Takes to Get Off of a Meth Addiction

Meth is a peculiar drug when viewed from an addiction viewpoint. On the one hand, meth does not form the same powerful chemical dependencies that other drugs such as opioids and alcohol do. However, the drug does create an absolutely crippling and gripping psychological, spiritual, and behavioral habit. When people use meth, even just once, they become hooked on the stuff, and they find it almost impossible to break free from it. With that in mind, helping someone who is hooked on meth becomes next to impossible, as they simply almost never want to get help.

To get a family member or loved one off of meth, one has to make sure that the individual understands the repercussions of meth use, just how dangerous meth use is, what will likely happen to the person’s mental health if meth use is continued, and what will certainly happen to an individual’s psychological health if they do not stop using meth immediately.

It takes lot of work to help a meth user to get clean. I will not be accomplished by an occasional conversation here and there. Meth users need help and they need our support, yes, but they also need to enter into qualified drug rehabs, to experience all of the positive benefits that such treatment centers have to offer and to heal with them. Fighting a meth habit is a difficult struggle to say the least, but it is a winnable one.

When we think of drug addiction and alcoholism, our thoughts almost always turn to the addiction itself, the unbreakable habit, the lifestyle, the strained familial ties, the legal troubles, the difficult day-to-day living situations, and so on. 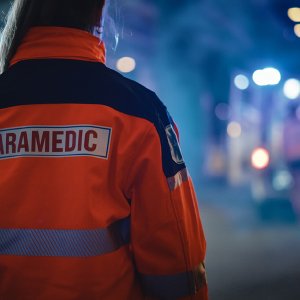