When we think of drug addiction and alcoholism, our thoughts almost always turn to the addiction itself, the unbreakable habit, the lifestyle, the strained familial ties, the legal troubles, the difficult day-to-day living situations, and so on. We might also think of poor health conditions usually having to do with “dope sick” withdrawal symptoms, risks for overdoses, emaciated bodies, unkempt hair and faces, and so on.

Even beyond all of that, there are several lesser-known side effects to drug use that don’t get as much attention. Using drugs does not just have one or two or three adverse effects on an addict. Instead, there are often dozens of areas of a person’s life which begin to suffer thanks to drug use and the habits/lifestyle trends which go along with that. Perhaps most significant of these (yet not often discussed) is the overall health of the individual and what kinds of health conditions he or she might contract as a result of leading a drug-involved life.

Methamphetamine Use and Syphilis

In a recent story on U.S. News, writer Steven Reinberg reported on new lines drawn between outbreaks of syphilis and methamphetamine use. For some time, the cause of the new upsurge of syphilis was unknown. Now health experts think that they know why this infectious disease has surged so much. They’re pointing their fingers at methamphetamine use and other types of drug use as being the culprits, plus the habits and lifestyles that generally follow such drug use.

According to the U.S. News article, from 2013 to 2017 the rate of syphilis infection among heterosexual men and woman alike who also used methamphetamine more than doubled. Steven Reinberg got his data from the Centers for Disease Control and Prevention (CDC), a reliable source in all issues related to health.

Reinberg quoted a leading CDC researcher by the name of Dr. Sarah Kidd (a CDC STD prevention specialist). According to Dr. Kidd, “While we don’t know the precise role that substance use may play in syphilis increases, we do know that substance use, particularly methamphetamine and injection drug use, has been associated with sexual behaviors that increase the risk of acquiring syphilis and other STDs. … It is vitally important that we work to address the intersecting nature of these epidemics.”

In the eyes of Dr. Robert Glatter (not a participant in the research but a known emergency physician at Lenox Hospital), it is an ingrained mistrust in the medical system which accounts for a large part of why infected meth users do not seek medical care for diseases like syphilis which are curable. In the words of Dr. Glatter, “These issues (the issues of meth use and a meth user’s relative disinterest in seeking medical help) likely contribute to the increasing incidence of syphilis and create barriers to reducing syphilis transmission and prevention in at-risk communities. Providing screening for syphilis among persons engaged in heterosexual practices who also receive treatment for substance use disorder is essential in light of the findings of this study.”

Such is the complicated situation in which meth users are contracting syphilis due to IV drug use and sexual behavior. Then, the users avoid seeking treatment for the disease due to bone-deep mistrusts for medical institutions and other authorities. The problem is clearly double-edged.

The Devil’s Advocate might say that “Correlation does not imply causation” in regards to meth use increases and syphilis increases. And while that is undoubtedly a legitimate objection, there seems to be too much evidence to indicate anything else but a strong connection between meth use and syphilis. According to the CDC research:

Working on the Health Crisis

We know that addiction treatment is the best way to combat a drug problem (more on that later). But what other policies or efforts could we work at to curbboth instances of meth use and the spread of syphilis? Experts recommend adjusting current substance abuse treatment programs to become dually capable of servicing patients and clients who also have health conditions such as syphilis. Some rehab programs are already doing this, but given the prevalence of STDs and other health conditions, all treatment centers need to jump on board with this effort.

Furthermore, experts recommend that we as a community work together to raise awareness of all of the health implications and dangers of drug use. The thing to remember is that it is not just the drug use itself which carries risk. The lifestyle of a drug user will also bring in other unpleasant and unwanted health issues, living conditions, daily problems, and so on.

We have to be somehow able to look at the bigger picture of addiction as a whole while also focusing in on individual problems connected to it and addressing them adequately.

Let’s Not Forget, Meth Abuse Is Not the Only Serious Drug Issue

Methamphetamine might be one of the most toxic drug substances that a human being can put into his body. It is immensely harmful to the heart, (the entire cardiovascular system for that matter), the central nervous system, the brain, and so on. When a person uses meth at length, the lungs are damaged, the nostrils, teeth, gums, and mouth tortured, and the skin maimed.

Other drugs are equally dangerous. The opioid crisis claims thousands of lives every year and causes its own vast range of health issues among addicts.

Breaking Free from a Drug Habit

The drug abuse problem, in general, is a significant one. It becomes quite difficult to focus in on any one area of the crisis when we are constantly being assailed by what might be the worst addiction epidemic of our history.

But we have to address the individual sectors of the addiction crisis because that is how we are going to curb the overall problem as a whole. One step at a time. One crisis at a time. One subsection at a time. The key in this effort will be to help addicts overcome addiction, and since there is now so much variety and difference in drug crises, we have to find rehab modalities which can address all aspects and facets of addiction. That means escaping the “rehab trap” and branching out into genuinely workable treatment modalities. 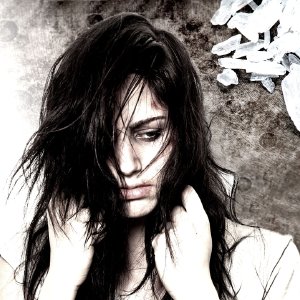 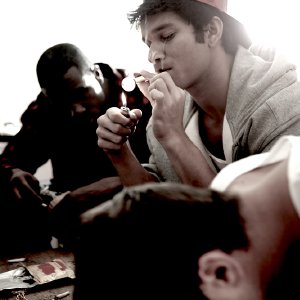