If you know or have known someone who’s struggled with meth addiction, you’ve probably seen the horror that this drug wrecks on the lives of those who use it. Perhaps you still know someone who is struggling with meth, and you’re trying to help them get better.

Unfortunately, meth addiction is on the rise in the United States. Some regions of the U.S. are hit harder with meth problems than others are. South Dakota, for example, has seen an upsurge in meth addiction, meth overdose deaths, and meth-related arrests.

The problem is, South Dakota is getting more negative publicity for how its raising awareness for its meth problem than the state is getting help in addressing the issue! And that’s unfortunate because there are solutions to meth addiction.

A Controversial Awareness Campaign Makes Headlines, but Overdose Deaths Do Not

In late 2019, South Dakota’s governor, Kristi Noem, spearheaded a new ad campaign to draw attention to methamphetamine addiction in her state. The “Meth, we're on it” campaign garnered a considerable amount of public attention across both national and even international media. Unfortunately, the campaign was ridiculed by media pundits. Some even seriously criticized the governor and her staff for launching the campaign, saying the campaign suggested that “all” South Dakotans were on meth.

But what I found more concerning than reporters and social media personalities mocking the ad campaign is the fact that almost nowhere is the actual problem of South Dakota meth addiction even properly discussed! The awareness campaign made headlines. You can find an article on the “Meth, we're on it” slogan in almost every media source. But the actual problem of meth addiction in South Dakota has not been widely discussed.

There were a couple of exceptions. One article from The Guardian, a British newspaper, highlighted some of the meth issues in South Dakota. And an article in the LA Times pointed out how, ad campaign or no ad campaign, South Dakota is never going to fix its meth problem until the state ceases its hard-line “incarcerate first, ask questions later” approach.

The LA Times reported that 32 percent of South Dakota inmates are incarcerated for drug convictions, most of whom are serving out felony sentences for using or possessing drugs, not for distributing them. Addressing such harsh sentencing in South Dakota will be one of the first steps the state needs to take if it wants to overcome its meth problem.

But for the most part, the media has been silent on the actual public health emergency of meth abuse in South Dakota.

What does meth addiction look like in this state?

The South Dakota Department of Social Services offers the basic facts and statistics on meth addiction in the state. According to SDDSS, meth arrests and meth seizures have been on the rise. In 2016, the most recent year that the Department of Social Services has data for, there were 2,687 arrests for meth possession in the state. Those arrests involved 64 pounds of meth and a total of nine meth labs found and dismantled.

Perhaps 2,687 arrests do not seem like that many. But any arrest is one arrest too many. And in a state with less than 900,000 people living in it, 2,687 arrests means about one in every 300 South Dakota residents was arrested for meth in 2016.

Meth addiction in South Dakota also seems to be affecting women at a higher rate than it's affecting men. For example, according to South Dakota News Watch, 64 percent of women in state prisons or county jails are serving drug-related crimes. Compare that to only 27 percent of men.

If South Dakota is going to make real change towards a better future, the state needs to enact effective treatment programs, not just catchy ad slogans.

What is the Solution to Meth Addiction?

The solution to meth addiction is not complicated or unachievable. People who struggle with meth habits respond best to addiction treatment at a residential center. It's the most effective approach to creating a relapse-free life. Residential drug rehabs that offer long-term programs enable recovering addicts to get to the bottom of their habits and address the underlying crises that caused them to become addicted to meth in the first place.

If you know someone who struggles with a meth problem, your mission becomes one of helping them get into a residential drug treatment center. Maybe you've tried this already, and your loved one refused. Don't give up. Persistence is key.

The truth is, most addicts do want help. They do want to get clean. They see their addictions as being highly toxic and dangerous. They know they can't keep using drugs forever.

However, addiction is not something one easily departs from. Many addicts feel as though they cannot get clean, that they simply aren't capable of doing so. Others believe that treatment does not work, likely because they tried to get clean before and relapsed.

The Narconon program offers a unique approach to addiction treatment. Narconon uses proven rehabilitation technology to get results. Narconon helps recovering addicts tackle the addiction problem at its source, which provides a pathway for success.

Even a meth addict can recover the enjoyment and satisfaction that comes with a sober, productive, responsible life. Meth addicts can break free from their habits, repair their relationships, and achieve their goals. If you know someone who needs meth rehab, contact Narconon today.

disease you can go to jail for meth abuse and crime Meth Addiction meth use Meth. We’re On It. South Dakota women in jail
AUTHOR 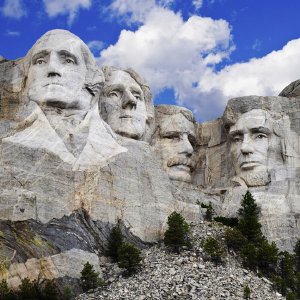 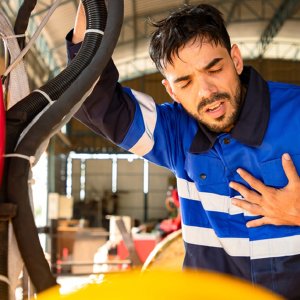