Is Drug Trafficking the Same as Domestic Terrorism?

A couple of months ago, I wrote an article about two drug dealers arrested with enough fentanyl to kill everyone in New Jersey and New York City. The high number of hotly emotional responses to this article when it was posted online made me think further about this subject.

The reason many readers were so frenzied is because of the short prison sentences handed out to these two criminals. Despite possessing enough fentanyl to kill millions of people, one of the men received a 17-year sentence and the other received a six-year sentence. It was clear that most readers felt these sentences were inadequate, considering the potential impact of their crime.

It also made me think about why any court would hand down such short sentences when these two men could have materially contributed to the deaths of hundreds or thousands of people. Wouldn’t their actions really constitute a special form of domestic terrorism? I decided to look at the parallels between these two kinds of crime.

The difference between drug dealing and drug trafficking relates to the quantities of drugs being distributed by the individual. A person with a small quantity of heroin—perhaps several grams—would be referred to as a drug dealer. These two individuals were arrested with nearly 100 pounds of fentanyl in their possession, enough for 18 million doses. That definitely makes them traffickers.

Consider for a moment the kind of impact their trafficking could have. This graph (below) tracks the number of overdoses in America. For each time period marked, you’re seeing the overdoses for the prior twelve months. So for the period ending August 2017, you’re seeing a breakdown of the drugs that killed people between the first of September 2016 and the end of August 2017.

Pay close attention to the BROWN LINE. This line shows the number of Americans who lost their lives to fentanyl. You’ll see how steeply it climbs to well over 20,000 lives lost in the 12 months ending in August 2017.

What is the impact of these deaths?

Here’s the wording from the federal law: An act of domestic terrorism will:

It’s truly not hard to see the similarities between the kind of drug trafficking we’re talking about here and the concept of domestic terrorism. Millions of people suffer from the actions of major drug traffickers, governments groan under the financial burden and are called on to shift their laws, priorities and actions. Our society as a whole suffers savage emotional and spiritual duress.

These drug traffickers are also working on behalf of foreign groups that are willing to impose endless harm on the United States. The motivation of these groups could be primarily financial gain and the accumulation of power instead of being purely for political advantage. But isn’t gaining a political advantage pretty much all about gaining wealth and power, anyway?

Is Anyone Actually Charged with the Crime of Domestic Terrorism?

The federal government doesn’t charge people with domestic terrorism, specifically, but some states do. But if the government were to classify an incident as domestic terrorism, that classification would enable law enforcement organizations to investigate not only the perpetrators, but also the groups they represent.

There are, however, people arguing that the perpetrators of terrifying crimes should be charged with the crime of domestic terrorism, with commensurate penalties.

What would the appropriate penalty be for creating the kind of chaos fentanyl brings to our society?

Timothy McVeigh killed 168 people and was sentenced to death. Other terrorists working within the United States have been sentenced to life in prison, 30 years, 20 years and a variety of other sentences. Those sentenced to ten to fifteen years (and even 30 years) were usually those who didn’t even successfully complete their intended attacks but only planned them. Surely the correct penalty would be more than 17 years or six years.

It’s not up to Narconon to determine what should happen to drug traffickers or domestic terrorists. But it is obvious that the American people feel very strongly about the harm being done to our families, friends and the peace of our communities by drug traffickers of this magnitude. Our job is to help those who are addicted return to sobriety and thus bring more happiness to families and peace to our cities. 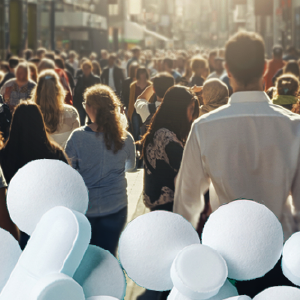