How the U.S. Opioid Overdose Rate Misrepresents the Real Problem

Recently, the health and medical journalism firm Stat formulated a prediction of what our losses to opioid overdoses could be like in the next ten years, depending on what actions we take. If we take the right steps to resolve the real causes of opioid abuse and addiction, the number of overdose deaths could fall from our current 33,091 to around 23,000. If we change nothing, opioid overdose deaths could skyrocket to more than 93,000. But there’s one factor in this rate of tragic loss that most people overlook: The increasing number of people being saved by naloxone. If we didn’t have naloxone, our losses might be even higher than this 93,000—a terrifying thought.

Opioid: A partly or wholly synthetic drug that is chemically similar to opium. All opioids generally have the same actions of pain relief and suppression of breathing.

Naloxone: A drug that is antidotal to opioids. When a person overdoses on a drug like oxycodone or fentanyl and is unconscious and breathing poorly or not at all, naloxone will quickly bring them back from the brink of death unless they are simply too far gone.

In 2015, we had those 33,091 deaths from opioids plus another 10,891 from other drugs for a total of 43,982. But how many people were saved from overdose through the use of naloxone? Ignoring this number means that we lack a true understanding of the extent of our drug abuse and addiction problem.

There are a few difficulties in determining how many lives were saved.

The New York Times reported on the use of naloxone in Maine, citing the story of Melissa Tucci who had been brought back from seven overdoses with this remedy.

These multiple overdoses by individuals further complicate the picture of how many lives would be lost if we did not have this antidote.

An Effort to Compile These Numbers

The Harm Reduction Coalition carried out a survey to compile figures on naloxone distribution. As reported by the Centers for Disease Control and Prevention: “During 2013, 93 organizations reported distributing or prescribing naloxone to 37,920 laypersons [who could then administer the drug]. The 68 (50%) organizations that collect reports of reversals documented 8,032 overdose reversals.”

Eliza Wheeler from the coalition noted the impossibility of compiling complete figures of naloxone use. In an email, she said,

“Reported reversals only represent the times that our trained participants (primarily drug users) come back to our programs for a refill and report a use. So we know this is greatly under-reported. It also does not include the number of times that first responders administer naloxone and reverse a potentially life threatening overdose.”

The question of how many lives we would lose to opioid overdose if we did not have naloxone cannot be answered at the moment. It’s obviously many thousands more. If we could somehow obtain that number, we could more accurately grasp the extent of our problem with drug addiction, especially opioid addiction.

It appears that the number of people who would die if we did not have naloxone is tens of thousands higher. With this number obscured, we actually can’t see how much more desperate our situation is than it was just a few years ago, before naloxone was in broad use.

While naloxone does save lives in the emergency situation of an overdose, it is not an end-all for helping those addicted to opiates. Administration of naloxone should be followed up with an effective drug rehab program to help the individual make a full recovery and start on their path to a drug-free life.

Some businesses with public restrooms are installing intense blue lights to prevent overdoses because they make it hard for drug users to locate their blue veins. How much will this measure help prevent overdoses? 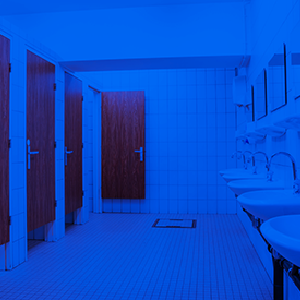 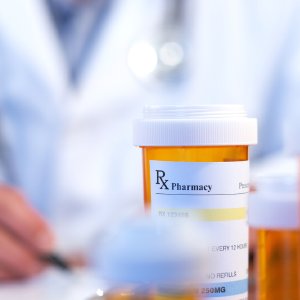