How Much of a Problem Are Drugs in Schools Today

Unfortunately, schools are no longer the academic sanctuary that parents have depended upon for hundreds of years. Instead, they are becoming a place of business–and the product is deadly. A recent study shows that approximately seventeen percent of American teens drink, smoke and use drugs during the day.

They’re smuggling it in in makeup containers, water bottles, electronic equipment, and even soaking gummy bears with alcohol in order to get drunk in class. Ninety percent of students admit that they know where to get drugs during the school day. Adderall is popped like candy; smoking pot is for the “in” crowd, and binge drinking is all the rage.

Not only that but dangerous synthetic drugs have also risen in popularity. These drugs are particularly controversial because up until recently, they were legal. Teens could buy them at convenience stores across the country; they were labeled “Not for human consumption”. This resulted in the idea that they are a safer alternative to traditional drugs, which is far from the case. Synthetic drugs like bath salts, K2 (also known as Spice) and Smiles can have mind-altering effects, causing teens to act very strangely–often becoming violent or even suicidal.

Private schools are affected, too, with more than half admitting that their schools are drug-infected. This is a huge jump from the thirty-six percent in 2011. Researchers believe digital peer pressure to be the culprit, with seventy-five percent of students saying that Facebook pictures of teens partying with drugs would encourage others to do the same. In fact, those who are exposed to such pictures by being connected to social media like Facebook and Twitter are four times more likely to have used marijuana and more than three times likelier to have used alcohol.

What to Do About Drug Use In Schools

You can try cutting out all digital influences (just try!). You can follow them to school and rummage through their room when they’re gone and watch for signs of drug addiction. But perhaps the key is not to control them but to educate them so they can decide for themselves.

Addiction experts and information published on our website states that it is better and far easier to prevent drug use than to try to rehabilitate someone from it. More drug education is the key to saving our schools—and it needs to come from teachers and parents. In fact, parents hold more sway than anyone. Surveys show that kids hold their parents’ opinions very high and their worst fear of being found out is that they would disappoint their parents. There have also been studies indicating that a child is 40% less likely to start using drugs if they have had drug education and prevention talks with their parents alone.

Talk to your children about the harmful effects of drugs and alcohol. Start early, and don’t just do it once. Stay in communication with your child about things that might be upsetting him, that might drive him to drugs. And continue to do so even into college as the business of drugs does not cease after high school. Let your kids ask questions and give them real and honest answers.

drug use in schools
AUTHOR

In fifteen states around the U.S., recovery high schools offer youth in recovery the right environments in which they can get their lives on the right track for success. 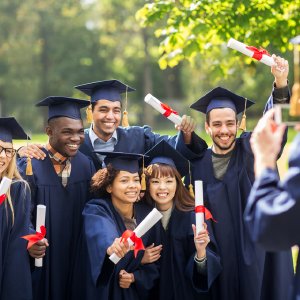 Drug addiction and alcohol misuse are human problems. By that I mean, this crippling crisis can befall anyone. No one is immune to the threat of addiction. No amount of money or social status can protect someone from the risk of addiction.